A private photograph of the two singers will remain unpublished 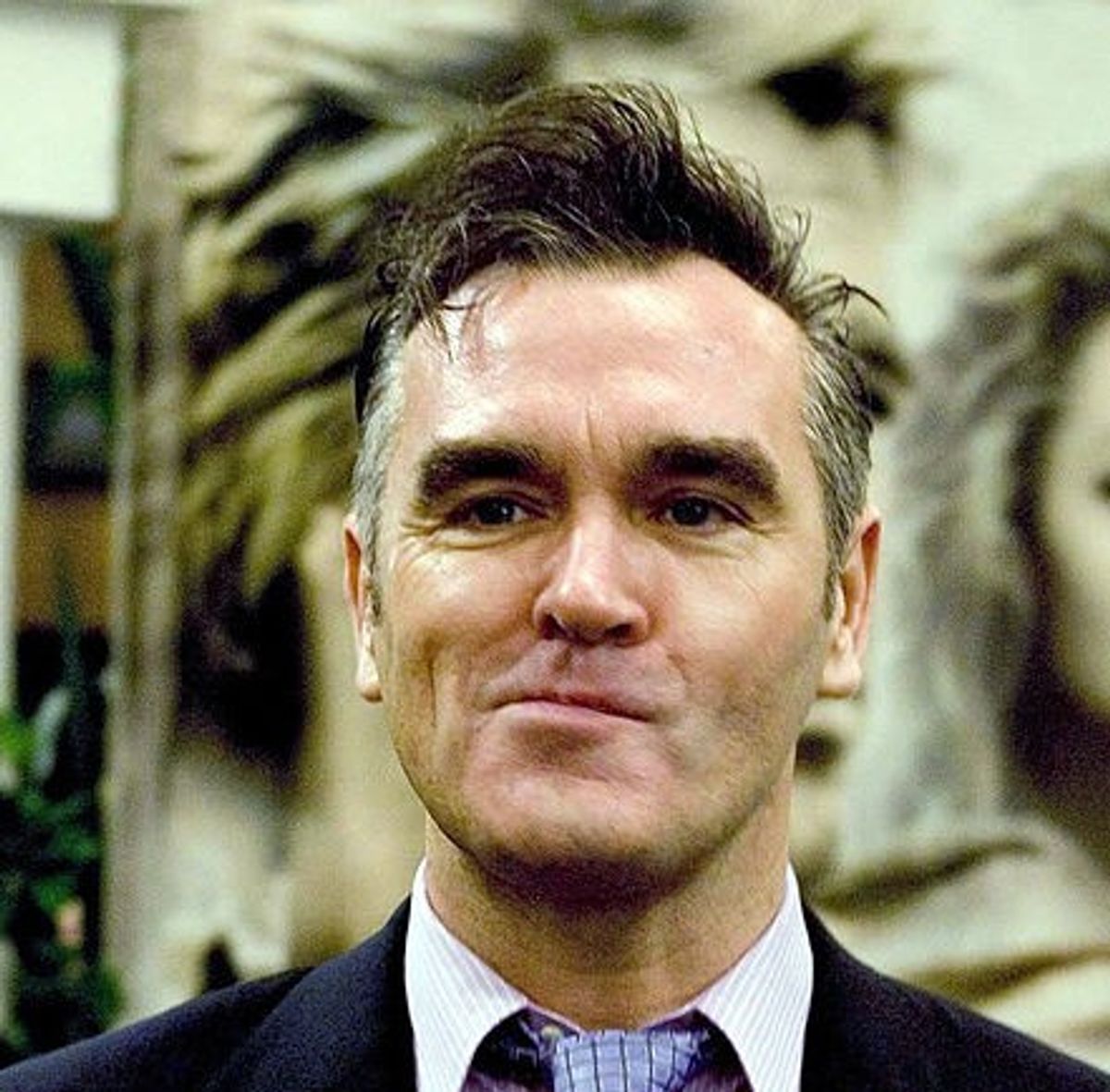 Morrissey is reissuing his single "The Last of the Famous International Playboys," off of the 1991 album "Kill Uncle," on April 8, but there seems to be a snag with the cover art. The singer had originally planned to use a previously unpublished photo of himself and David Bowie, but the pop icon won't let him. From Morrissey fan site True to You:

David Bowie has ordered EMI UK not to run the proposed artwork for Morrissey's April 8th issue of the remastered "The Last of the Famous International Playboys" single and CD. The sleeve featured a previously unseen private photograph of Bowie and Morrissey taken by Linder Sterling in New York in 1992. Although Bowie has no legal rights to the photograph, most of his back catalogue is presently licensed to EMI

Meanwhile, Bowie is preparing to release his own record "The Next Day" in March — his first in nearly a decade.