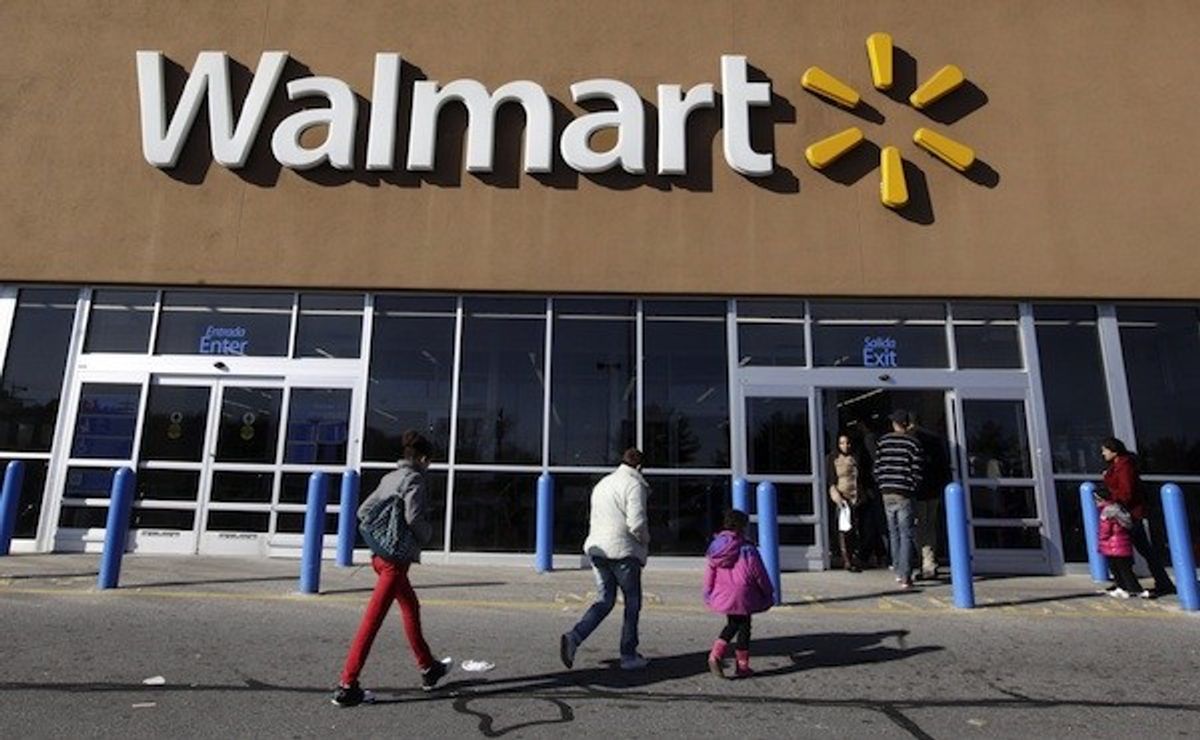 The cliché that liberals shop at Trader Joe’s, while conservatives prefer Walmart, is no doubt overstated. But where would the perception come from?

Newly published research provides a compelling answer: brand-name products. Conservatives gravitate toward them, and Walmart, unlike Trader Joe’s, is packed with them.

That provocative conclusion can be drawn from a study in the journal Psychological Science. A research team led by Vishal Singh of New York University’s Stern School of Business has discovered a relationship between voting behavior, high levels of religiosity, and “seemingly inconsequential product choices.”

They argue that your decision to vote for a certain candidate, and purchase a particular brand of detergent, springs from the same basic impulse:

“Our empirical results, based on extensive field data, provide strong evidence that more conservative ideology is associated with higher reliance on established national brands (as opposed to generics) and a slower uptake of new products.”

“These tendencies are consistent with traits typically associated with conservatism, such as aversion to risk, skepticism about new experiences, and a general preference for tradition, convention, and the status quo.”

The researchers used a comprehensive database that tracks weekly store sales of thousands of products. Focusing on 416 counties which collectively represent 47 percent of the U.S. population, they calculated the market share of generics in 26 categories, including coffee, deodorant, and peanut butter.

Making similar county-to-county comparisons, they also calculated the market share of new products in the first year after their launch.

Using data from the Association of Religion Data Archives, the researchers determined the percentage of residents of each county who adhered to a particular faith. This was “strictly defined as the number of full members of a religious denomination, and the number of nonmembers who attend services regularly.”

Finally, to assess political affiliation, the researchers used the average percentage of Republican votes cast in the eight presidential elections between 1980 and 2008.

The results: In 19 of the 26 categories, greater religiosity was strongly associated with a lower market share for generic products. (The association was also found in another six categories, but at a level below statistical significance.) “We found essentially the same pattern in the associations between Republican voting and generics,” they write.

“Similarly,” they add, “the market share of new products was significantly lower in counties with higher levels of religiosity and Republican voting. Taken together, our results provide strong evidence that more conservative markets are associated with a higher reliance on established national brands and a lower penetration of new products.”

These findings are in line with recent research suggesting our ideological fault lines extend to surprising territory, including patterns of charitable giving. A study published last year provided evidence of literal differences between the brains of liberals and conservatives.
To follow up, Singh and his colleagues hope to explore differences in purchasing choices between individualistic, Western cultures and more collectivist, Eastern societies. While that will be interesting, they have already found a fascinating pattern within the U.S.

It seems ideological attitudes reveal themselves not only in the voting booth and the church pew, but also in the supermarket check-out lane.