How the right will demagogue the Violence Against Women Act

Here's why some conservatives oppose the once-consensus, long-stalled legislation 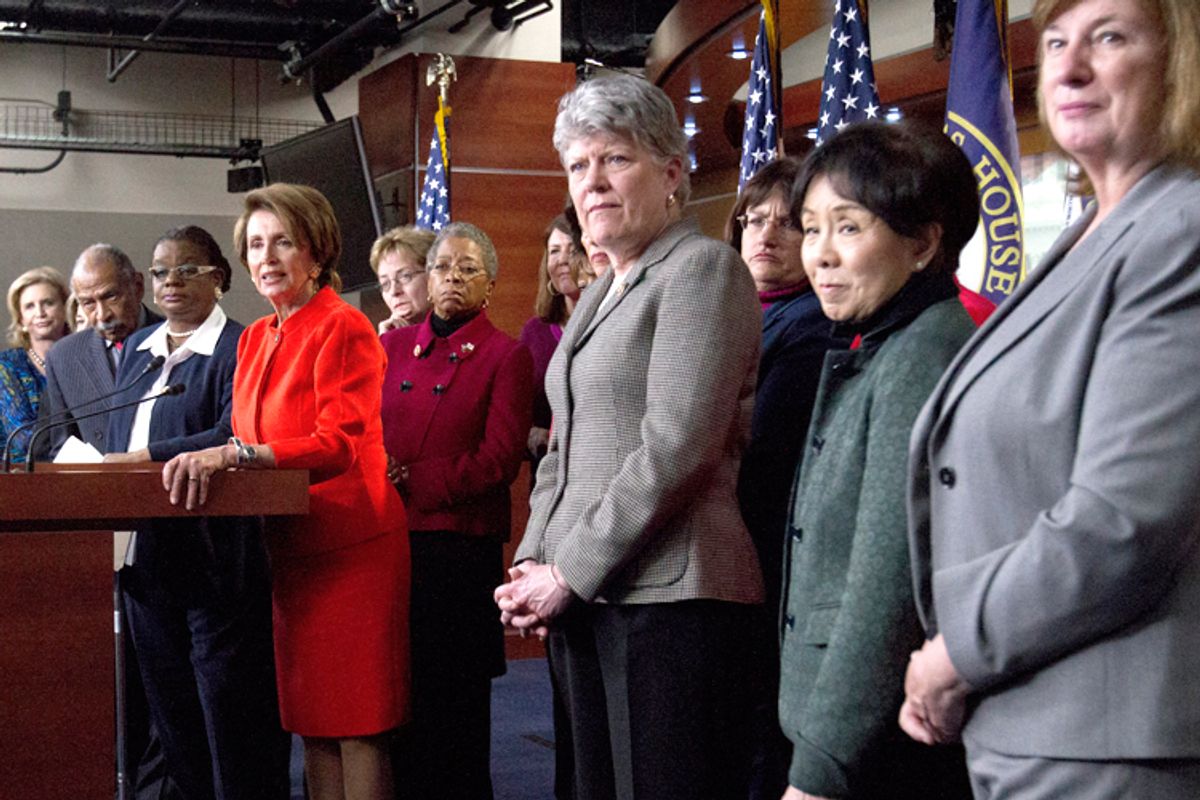 Though the Senate is expected to pass the Violence Against Women Act after deliberating on it today, its grim purgatory is far from over. It still has to pass the recalcitrant House. But in both chambers, some Republicans have issued a series of complaints to explain their "no" votes, all of which sound better, at least on the surface, than being for violence against women Here's a primer to the main objections -- and what they really mean.

The tribal court provisions. Currently, non-Native men who abuse Native American women on reservations can — and do — get away with it, since federal prosecutors can’t and don’t prosecute all such cases. The expanded VAWA would give tribal courts jurisdiction, something that has met with remarkably vehement opposition by some Republicans, who seem to fear that the mostly white men it would affect would have their rights violated. Notably, not all Republicans: congressmen Tom Cole and Darrell Issa have proposed a compromise that would allow those men to appeal to the feds if they objected to their treatment by the tribal courts, and Cole met with Eric Cantor about it yesterday.

The immigrant provisions. The House claimed that the expansion of the U-visas for domestic violence survivors was a major sticking point in accepting the expanded Senate version of the bill, because all revenue-generating bills are supposed to start in the House, so Sen. Patrick Leahy took it out and promised to put it in coming immigration reform legislation. Still, the original visa allotment is in there, which could provide an opportunity for darkly fulminating about fraud, as Sen. Chuck Grassley did in previous hearings. "We heard from victims who fell in love with foreign nationals, sponsored them for residency in the United States, only to be accused of abuse so that the foreign national could get a green card. " As Laura Bassett reported at the time, key lobbying on this issue came from a group whose treasurer runs a mail-order bride service and who has been successfully sued by a woman claiming the company was knowingly complicit in her abuse.

The random "welfare bill" accusations. This one is a wild card that is fairly unspecific. Last week, original VAWA sponsor Sen. Orrin Hatch of Utah said that the expanded provisions took his "landmark legislation, only to come right in and change it to make another welfare bill." There's nothing new in the bill that represents "welfare," unless that's just code for "groups I don't really want to help."

The claim that the whole damn thing is unconstitutional. Being mostly upheld by the Supreme Court isn't good enough for the four Republicans called out by ThinkProgress for wanting to throw out the entire Violence Against Women Act as a supposedly unjust use of federal power. These include Sens. Mike Lee, Ted Cruz, Rand Paul and Jim Risch.

The claim that women are the real abusers we should be going after. This "men's rights" argument is advanced by the same organization that lobbied on the immigration provisions, SAVE, though so far as I can see, it hasn't gotten a major elected-official airing. These guys would like to see "female perpetrators" subject to more attention, and even claim that the "unwillingness to help women who hit, or men who are hit, increases the number of women who suffer at the hands of an abuser." How's that? "Women are about twice as likely as men to be injured in a domestic violence incident and we’re forced to conclude that one of the most important things we can do to protect women is teach them 'don’t hit first.'" In other words, don't ask for it.