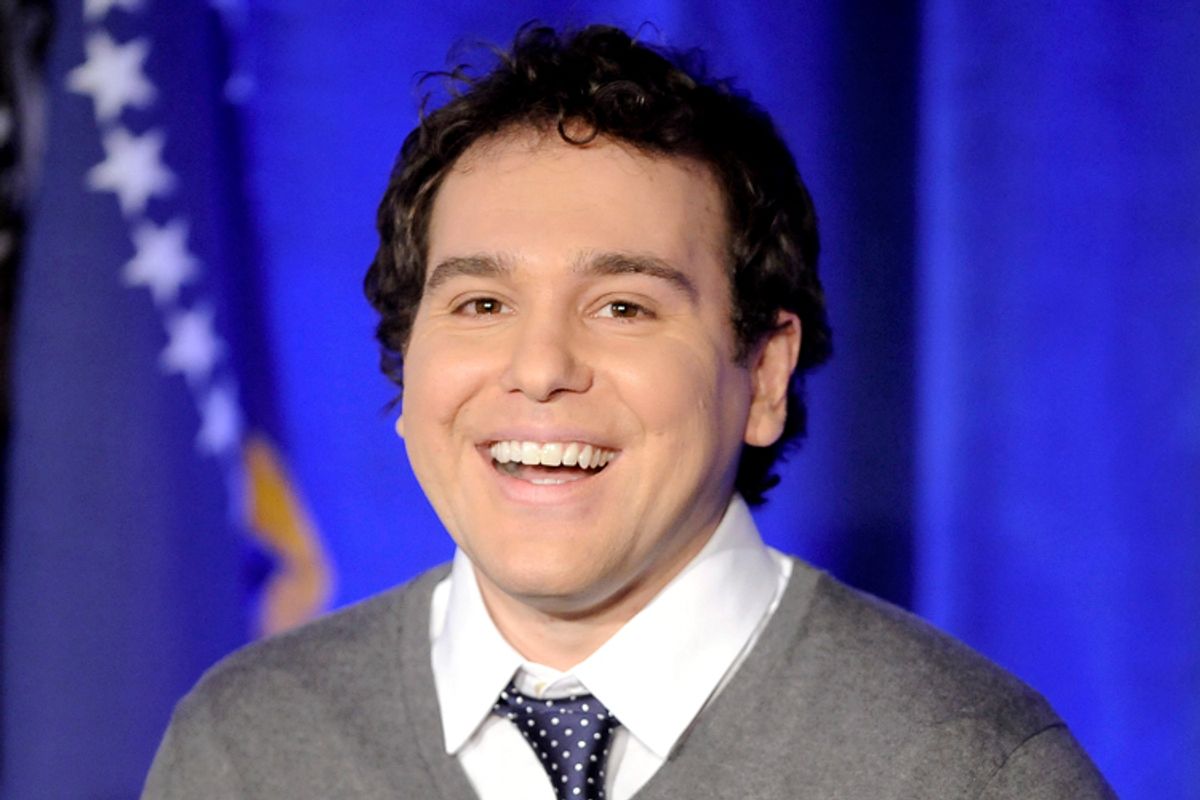 Jon Lovett takes part in a panel discussion of "1600 Penn" during the 2013 Winter Press Tour for the Television Critics Association, January 6, 2013. (Reuters/Gus Ruelas)
--

This week, Jon Favreau, the White House speechwriter (not to be confused with Jon Favreau the "Iron Man" director), announced his departure from the Obama team in order to pursue a career in Hollywood.

It's a fairly novel path -- one that has only recently been pioneered by fellow Obama speechwriter Jon Lovett (not to be confused with "Saturday Night Live" alumnus Jon Lovitz), who co-created the White House sitcom "1600 Penn."

"As a rule, I think people in L.A. are interested in any writer who brings a different skill set and experiences," Lovett told Salon. "There's an attraction to novelty, and to anyone whose writing isn't based in screenwriting. I had that novelty. I had no experience in Los Angeles but I did have novelty people could take a chance on. It certainly opened the door."

Lovett had tried stand-up after college and was reminded each year of his interest in comedy by the White House Correspondents' Dinner, where he and Favreau would write sometimes-scathing jokes for the president to deliver. But he hadn't initially intended to write about politics: "I was much more excited about not writing about politics, having been so close to it for my entire career until then," he said.

Twentieth Century Fox had encouraged Lovett to write about any topic he liked, but he was approached, he said, by "1600 Penn's" co-creators Josh Gad and Jason Winer. "They had this idea," he said, "and they were looking for someone who could write it." President Obama hosted a screening of the sitcom -- whose family is notably more dysfunctional than the Obamas appear to be -- at the White House. "They knew I had a dream to do this. And they were thrilled to get rid of me," Lovett joked.

Had Lovett passed along any how-to-make-it-in-L.A. advice to Favreau? "We're friends and we've talked about it," he said, "but I was trying to be supportive as a friend."

That said, both speechwriting and screenwriting elide the fripperies and excesses of, say, writing a novel. "They're both about telling a story in the most effective and efficient way possible," said Lovett. "Both require a sense of confidence in what you're trying to achieve."