At defunded public colleges, academics and students can't speak out on the Middle East, or anything else 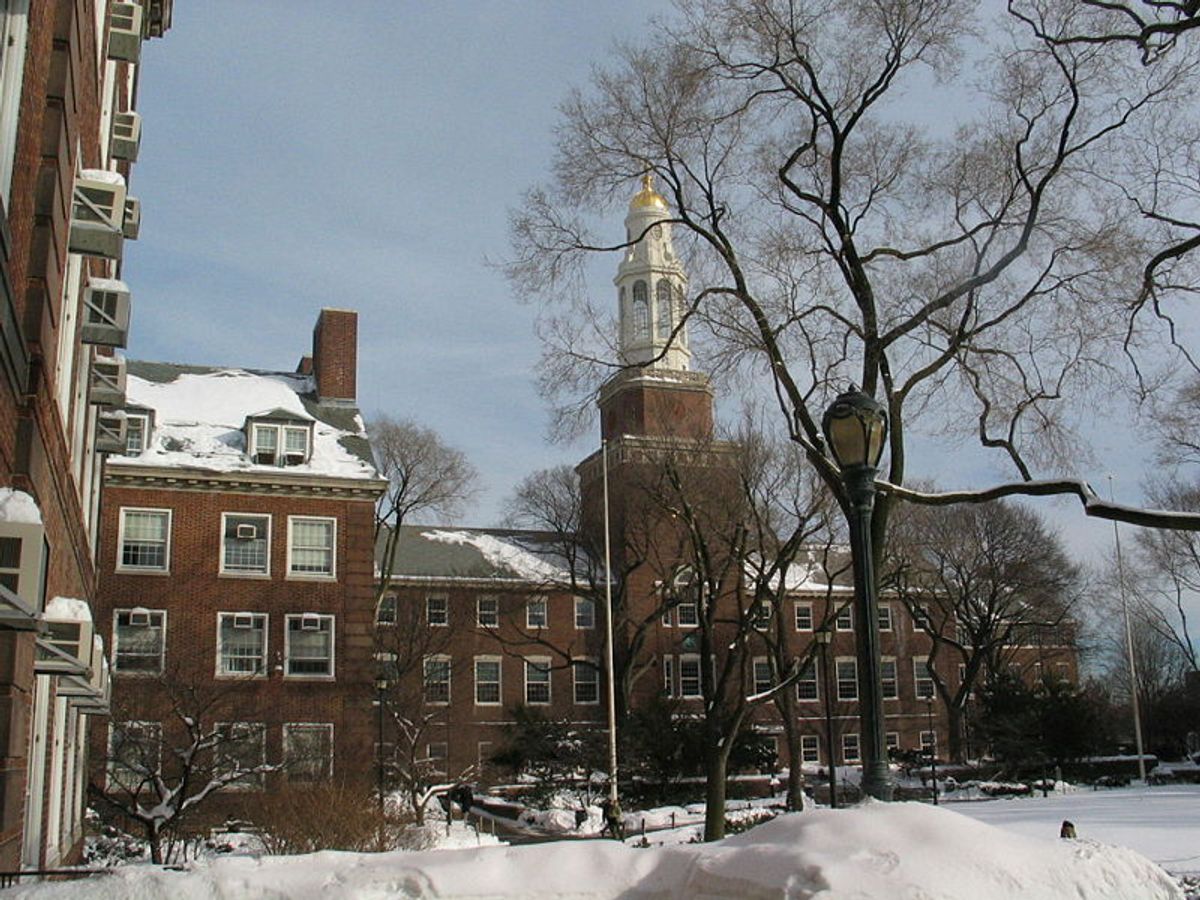 On Feb. 6, Yale student activists hosted a panel laying out the case for the Boycott, Divestment, and Sanctions movement to pressure Israel into recognizing Palestinian rights. Critics of Israel face endemic hostility in this country but no public figures condemned the event, no prominent editorials were written against it, and legislators did not threaten to cut the school’s funding.

Yale can do what it wants.

The next day, Brooklyn College student activists hosted a similar panel—so similar, in fact, that it included one of the same speakers, along with the eminent social theorist Judith Butler. This time, Alan Dershowitz, the pugnacious lawyer, famed for his defenses of the state of Israel, began railing against the school’s sponsorship of the event. Subsequently, a battalion of New York lawmakers backed him up, threatening the City University of New York (CUNY) campus’s funding when its president refused to capitulate.

Brooklyn College can’t do what it wants because it is a public school.

Anyone who follows national campus discourse can attest that Israel/Palestine far and away bests other divisive issues in its ability to provoke apocalyptic fights about academic freedom. While the events of the past week have been alarming, they’ve also felt like business as usual: This is the fourth time in my two-and-a-half years studying and teaching at CUNY that “pro-Israel” voices have tried mightily to curtail pro-Palestine speech on our campuses. To check your email is to find the New York Times blandly defending academic freedom at your university while reaffirming its support for Israel; that’s how it goes.

What’s easier to miss is that that’s not how it goes at Yale, or even at Columbia, which has the highest-profile Israel/Palestine campus wars of any private university in the country. To be sure, student and faculty Palestine advocates at Columbia face institutional and community pressure. There have been ugly tenure fights. The school’s president was denounced by no less than then-presidential candidate Barack Obama for refusing to cancel a controversial speaker.

The speaker was Mahmoud Ahmadinejad.

But compare this to the situation for Palestine advocates at the University of California, who are — after years of student protester arrests, trumped-up lawsuits, and an administration-appointed “campus climate” task force as McCarthyish as its name suggests — now subject to a resolution passed by the California state Assembly which dangerously conflates criticism of Israel with anti-Semitism.

Back at Brooklyn College, administrators impressively held their ground this week; they were eventually backed up by Mayor Michael Bloomberg and Gov. Andrew Cuomo. But how did we get to the point where it’s common sense that Yale, alma mater of Dick Cheney, can present provocative programming while Brooklyn College, which sired Al Sharpton, is hanging onto academic freedom by a thread?

It is, of course, because if you are connected with a public university in 2013, everything is hanging on by a thread.

Simply put, the Brooklyn College debacle shows us that the defunding of public education means the erosion of vibrant intellectual life at public universities, as legislators attempt to manipulate the weakened institutions that they themselves have weakened. Talk, after all, is cheap; while a chemistry department will wither without a lab, a history department will carry on until the single adjunct left teaching 14 sections of “Reconstruction and the New South” moves back in with her parents—at which point they’ll find a new adjunct.

As an adjunct myself in the English department at Brooklyn College, the past week has made some things bracingly clear. Academic freedom without tenure is just a nice idea. If professors fear being fired at will, then academic freedom doesn’t exist. And after decades of budget cuts, two-thirds of the teachers in my department are adjuncts who can only dream of being subjected to an ugly tenure battle someday. So when the department chair circulated an email to faculty asking how we would feel about co-sponsoring the BDS panel to show support for our colleagues in Poli Sci, an impassioned, thoughtful and very long online discussion started up — consisting almost entirely of tenured faculty.

There was no apartheid here; no one said the adjuncts couldn’t participate. But no one said they could, and for the most part, they — the young, liberal voting bloc that progressive referenda dream of — didn’t. Finally, the exercise in listserv straw-polling was dropped on account of low turnout. My department did not sign on as a co-sponsor, nor did any other. Right-wing polemicist David Horowitz, whose personal blacklist of “dangerous professors” once conferred street cred on thinkers from Amiri Baraka to Howard Zinn, would have been disappointed, as was I.

The erosion of academic freedom, though, is just one aspect of a larger chilling effect that occurs when universities practice what some have called “austerity education” — and it is overwhelmingly a problem at public institutions. The austere university claims it can’t afford to nurture critical thinking, let alone political dissent. When have such ideals, it asks, ever gotten our students a job? At CUNY, severe austerity currently looms in the form of Pathways, a “degree completion” initiative that will slash funding for useless disciplines like foreign languages. Like the philosophy majors in Florida who may have to start paying more for their degrees than their peers studying biotechnology—or, at the pre-college level, the overwhelmingly black student body at NYC's "no excuses" charter schools — CUNY students are being told that critique is a luxury they can't afford.

It is in this context that I was shaken but not shocked when a columnist for the Brooklyn College newspaper told me last week that the BDS panel's student organizers were throwing their classmates under the bus by making their school a political target.

On Thursday night, the Brooklyn College BDS panel went ahead as planned. Any student who showed up hoping for fireworks would have been sorely disappointed. While Dershowitz rattles sabers up at Harvard Law School, Butler, more than any other academic celebrity of our time, reasons in the dry, analytic tones of a lawyer. If you closed your eyes, you could easily imagine that she and her co-panelist, BDS movement leader Omar Barghouti, were testifying before Congress in a parallel-universe America interested in real strategies for holding Israel to international law. The most excitement of the evening came not via protesters, though one could faintly hear them chanting outside, but from an only-in-Brooklyn moment when a rabbi from the ultra-Orthodox Satmar sect bonded with Butler over theological anti-Zionism.

The lasting irony was that all the fuss around the event made it much more of an echo chamber than it would have been otherwise. The royalty of New York’s Palestine activist community were out in force, having signed up weeks in advance and braving hours of lines and security checks (including full body scans) to get in. Students, with the exception of those organizing, largely failed to get in at all. As a sophomore I spoke to afterward put it, “If this is about academic freedom, why are students being shut out?”

They’re not the only ones.