Rep. Bill Owens, D-N.Y., appears to have accepted gifts from the Taiwanese government 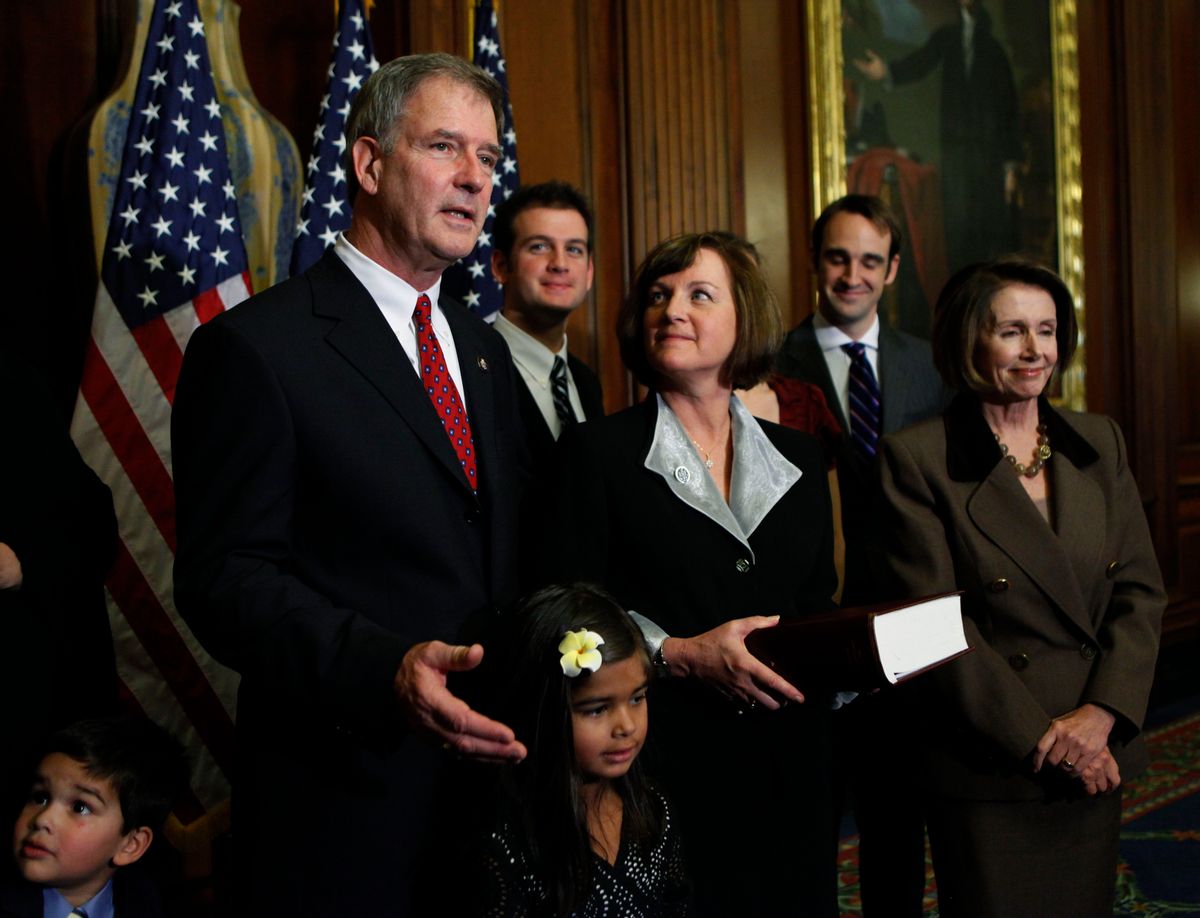 A congressional ethics investigation into a Democratic representative’s trip to Taiwan found “substantial reason to believe” the trip violated federal law because it was paid for by the Taiwanese government.

The investigation was launched following a ProPublica story on the 2011 trip by Rep. Bill Owens, D-N.Y., and his wife. The probe was conducted by the Office of Congressional Ethics, an independent body made up of former members of Congress and other citizens that can make recommendations to the official House ethics committee.

Along with releasing the independent report, the official committee said Wednesday it is still reviewing the matter to determine whether to launch its own full-blown investigation. The committee could ultimately recommend penalties to the full House.

At the heart of the Owens case is the question of who paid for and organized the trip to Taiwan. Members of Congress are barred from accepting most gifts, including travel expenses, from foreign governments. (That rule goes back to a constitutional ban on such gifts.) Lobbyists also may not organize most congressional trips, a reform instituted after the Jack Abramoff scandal.

Owens’ office originally said the trip — which included stays at luxury hotels, visits to tourist attractions, and meetings with Taiwanese officials — was paid for by a school called the Chinese Culture University. But ethics investigators found “substantial reason to believe” that the trip was in fact paid for by the Taiwanese government, “resulting in an impermissible gift, in violation of federal law and House rules.” Investigators also found substantial reason to believe that the Owens trip was organized by Taiwan’s lobbyists.

A response from the Washington law firm retained by Owens, Perkins Coie, disputed the report’s findings. Owens announced after ProPublica’s story came out last year that, “in an abundance of caution,” he was reimbursing the university for the $22,000 cost of the trip.

Disclosure forms show 15 congressional staffers and representatives taking similar trips to Taiwan and also with the Chinese Culture University listed as the sponsor. The trips go back to 2006 and total roughly $125,000 in expenses.

Taiwan has many interests before the U.S. government, for example its perennial goal to acquire more advanced weaponry as part of the billions of dollars in annual American arms sales to the country. Taiwanese President Ma Ying-jeou raised the issue of acquiring new F-16 jets in his meeting with Owens.

Taiwan is behind only Israel on the list of popular foreign destinations for congressional trips, according to LegiStorm, which tracks travel data. Another school there, Fu Jen Catholic University, has reported paying more than $500,000 for dozens of trips since 2005.

Neither Taiwan nor the Chinese Culture University cooperated with investigators from the Office of Congressional Ethics. Taiwanese officials did not immediately respond to our request for comment.

According to the ethics report, Owens had limited contact — primarily a dinner — with officials from the purported sponsor, the Chinese Culture University. In contrast, Taiwanese government officials were involved throughout: they organized the trip; met Owens and his wife at the airport; accompanied the congressman for the entire trip; and paid bills for hotels and airfare.

The report also cites an email trail, first reported by ProPublica, showing Taiwanese officials and the country’s American lobbyists ironing out details with Owens’ staff in the weeks leading up to the trip.

An itinerary given to Owens includes both a Taiwanese government contact and a note to “keep your boarding passes for all domestic and international flights and return them to TECRO. We need to have those passes for accounting purpose [sic].” TECRO, the Taipei Economic and Cultural Representative Office, is Taiwan’s de facto embassy in the U.S.

At one dinner during the trip, a Taiwanese government official even “prompted [Owens] to thank the Chinese Culture University,” according to the congressman’s testimony to ethics investigators.

The Office of Congressional Ethics recommended that the House ethics committee issue subpoenas to three of Taiwan’s lobbyists in the U.S. because of their refusal to cooperate. The trio are employees of Park Strategies and include the founder of the firm, former Sen. Al D’Amato, who helped organize the Owens trip.

In the wake of the ethics probe, Taiwan terminated its $20,000-per-month contract with Park.

Update Feb. 7, 9:30 p.m. A spokesman for TECRO told ProPublica that all of the trips to Taiwan, including the Owens trip, “conformed with U.S. laws and regulations.” In the Owens case, “the government paid for some of the trip -- and then the university reimbursed the government,” the spokesman said, declining to comment further.

The ethics investigators could not confirm whether any reimbursement was actually made and noted that “Even if the Chinese Culture University made such a reimbursement, it is not clear whether Representative Owens could have accepted a gift of travel that was initially paid for by an impermissible source.”