For unions, size isn't everything

Membership has reached its lowest level since 1916, but density in itself doesn’t always translate into power 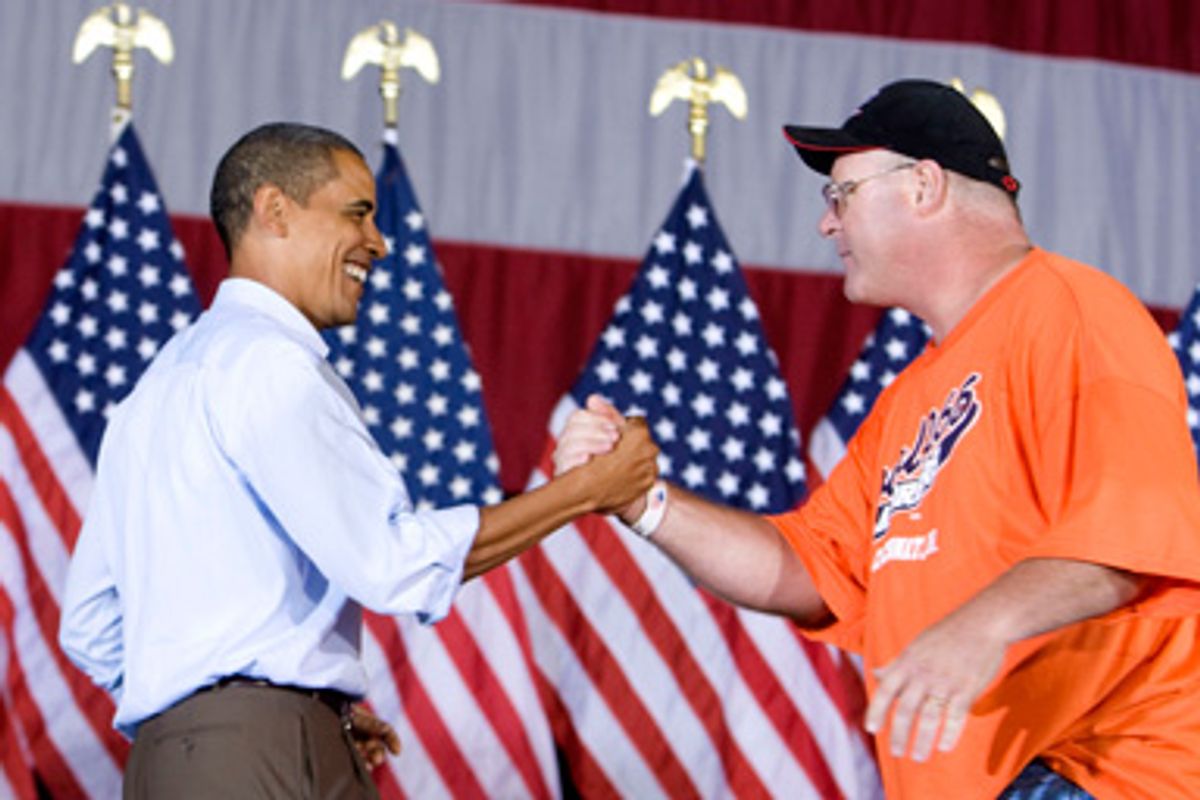 For those of us in and around the American labor movement, late January is an anxious time. That’s when the Bureau of Labor Statistics (BLS) releases its annual report on union membership in the United States — always depressing reading. This year’s report was the worst in recent memory. With only 11.3% of American workers in unions, union density in 2012 reached its lowest level since 1916.

Of course, this decline is but one facet of the global fall in labor’s influence, the relative union strongholds of continental Europe and Scandinavia included. But the U.S. is still the fulcrum of the global economy, so a weak American labor movement is especially bad news for the working classes of all nations.

Friends of labor greeted the news with despair, seizing on the figures as the latest portent of the movement’s seemingly terminal crisis. Labor’s enemies greeted the news with barely concealed glee, and for the same reason. Most disturbingly, attacks on public sector bargaining rights in Wisconsin, Indiana, Michigan, and elsewhere have begun to erode union membership in the public sector, the movement’s last redoubt in the U.S.

The long-term decline in U.S. union membership is certainly not good news. Workers are better off being union members than not, if for no other reason than union workers enjoy a clear wage advantage ($200 more per week on average) relative to their non-union counterparts. Considering the fact that the bottom 60% of American workers have seen their wages stagnate over the last 30 years, that’s no small matter.

The current balance of class forces is rather lopsidedly in favor of capital, and it seems inevitable that the decline of the labor movement (at least as we have known it) will continue for the foreseeable future. Right-wing activists and their corporate backers have already begun to push for new “right-to-work” legislation in formerly labor-friendly states like Pennsylvania, and barring an unprecedented fightback their success seems all but assured.

While the realities of the situation force us to be pessimistic about the movement’s fortunes, there’s no need for labor activists to fall to an immobilizing sense of despair.  As I digested the implications of the BLS report, I thought back to an illuminating article that appeared in the New York Times in 2009. Titled “In America, Labor Has an Unusually Long Fuse,” it compared the European labor movement’s willingness to engage in militant street protest with the U.S. labor movement’s almost exclusive reliance on electoral and legislative maneuvering to attain its goals.

Two evocative photos accompanied the article. One shows a phalanx of Confédération Générale du Travail workers, on strike and marching through the streets of Marseille. They’re wearing hardhats, wielding flares, and raising their fists to protest the Sarkozy government’s neoliberal economic policy. The other photo depicts a solitary United Auto Workers member sitting in a lawn chair outside of a GM plant in Flint, Michigan. He’s on strike, but none of his fellow workers are anywhere in sight. There’s nothing but concrete and chain link fences stretching endlessly toward the horizon.

Even at its historically low level, union density in the U.S. is still markedly higher than union density in France, where it’s about 8% of the workforce. Even so, French unions have repeatedly demonstrated their ability in recent years to mobilize millions of workers (union and non-union alike) in working class struggles. To be sure, they don’t always win, and there are aspects of the French system of labor relations that would be difficult or impossible to import (and there are others we probably wouldn’t want to if we could). Still, their power remains formidable despite their extremely low levels of density.

Despite our labor movement’s long-term erosion, there are still 14.4 million union members in the U.S. Many unions still command prodigious financial resources and employ a small army of organizers, researchers, lawyers, and other highly skilled staff. So why does US labor all too often amount to less than the sum of its parts?

In the Times article I referenced above, United Steelworkers president Leo Gerard – ostensibly one of the more progressive labor leaders in the US — supplied a now infamous quote that got to the heart of the matter:

I actually believe that Americans believe in their political system more than workers do in other parts of the world,” Mr. Gerard said. He said large labor demonstrations are often warranted in Canada and European countries to pressure parliamentary leaders. Demonstrations are less needed in the United States, he said, because often all that is needed is some expert lobbying in Washington to line up the support of a half-dozen senators.

Gerard’s breathtakingly flippant remarks shed light on a fundamental truth that too many labor leaders and activists lose sight of. Density in itself does not translate into power if members are not actively engaged in building the capacities of their unions or the working class more broadly. What’s the point of organizing new members if unions aren’t going to effectively use the ones they’ve already got?

In an excellent 2010 essay in New Labor Forum, sociologist Richard Sullivan mounted a devastating critique of the “density bias” that persists in U.S. labor circles. The conventional wisdom among almost all labor activists and intellectuals is that density is the key measure of the movement’s strength. This bias, however, may be preventing us from properly mobilizing the significant resources we still have at our disposal. Even if we de-center the question of density, by any measure American unions still have a mass membership base that few other institutions can match. As Sullivan reminds us, “leaders of any other movement would gleefully treat this magnitude of membership as evidence of its potency rather than lament the fact that it represents only 12 percent (sic) of its potential members.”

As Sullivan argues, it would be somewhat perverse for a social movement to look at its level of membership as the most salient measure of its power and influence. From abolitionism to queer liberation, the most successful movements in U.S. history were driven by a relatively small core of highly committed activists. Labor’s self-conception as a labor market agent leads it to put a very high premium on building and maintaining density. But a social movement measures its strength not by the size of its membership, but its members’ ability to leverage their disruptive capacities and rally popular support for the cause.

Even in countries where union density remains relatively high, labor and the Left have not been able to mount an effective challenge to the neoliberal project. Sullivan points to the United Kingdom, where relatively high density hasn’t saved British workers from the Tory-New Labour onslaught. We can also look to Germany, which far too many liberals and social democrats continue to hold up as a model of enlightened capitalism. German trade union density has declined drastically over the last two decades, but it remains at roughly 20%. Even so, German workers have seen their wages stagnate as the proportion of low-paid, precarious forms of employment continues to expand dramatically.

There are even more illustrative examples closer to home. Consider New York State. Despite a precipitous drop in union membership in 2012, New York still has the highest rate of overall union membership in the country at 23.2%. The membership rate in the public sector is even higher – over 70% of public employees in New York are unionized.

In spite of these Scandinavian levels of union density, Gov. Andrew Cuomo — a good Democrat — managed to win massively concessionary contracts from the state’s two main public sector unions in 2011. He also won implementation of the new Tier 6 pension level, which dramatically reduces retirement benefits for new hires. Tellingly, the unions did next to nothing to mobilize their members or the broader public against these attacks.

The external challenges confronting unions today are massive, and their importance should not be minimized. But they shouldn’t be used as an excuse to avoid asking hard questions about labor’s inability (or perhaps unwillingness) to mobilize its most precious resource – its current members. If only 5% of U.S. unionists were turned into trained, disciplined activists with a class orientation and long-term strategic vision, there would still be about 750,000 of them.

How different would this country look if we had that?