The Brooklyn College event went ahead without disruption, and the Berkeley philosopher summed up why it matters 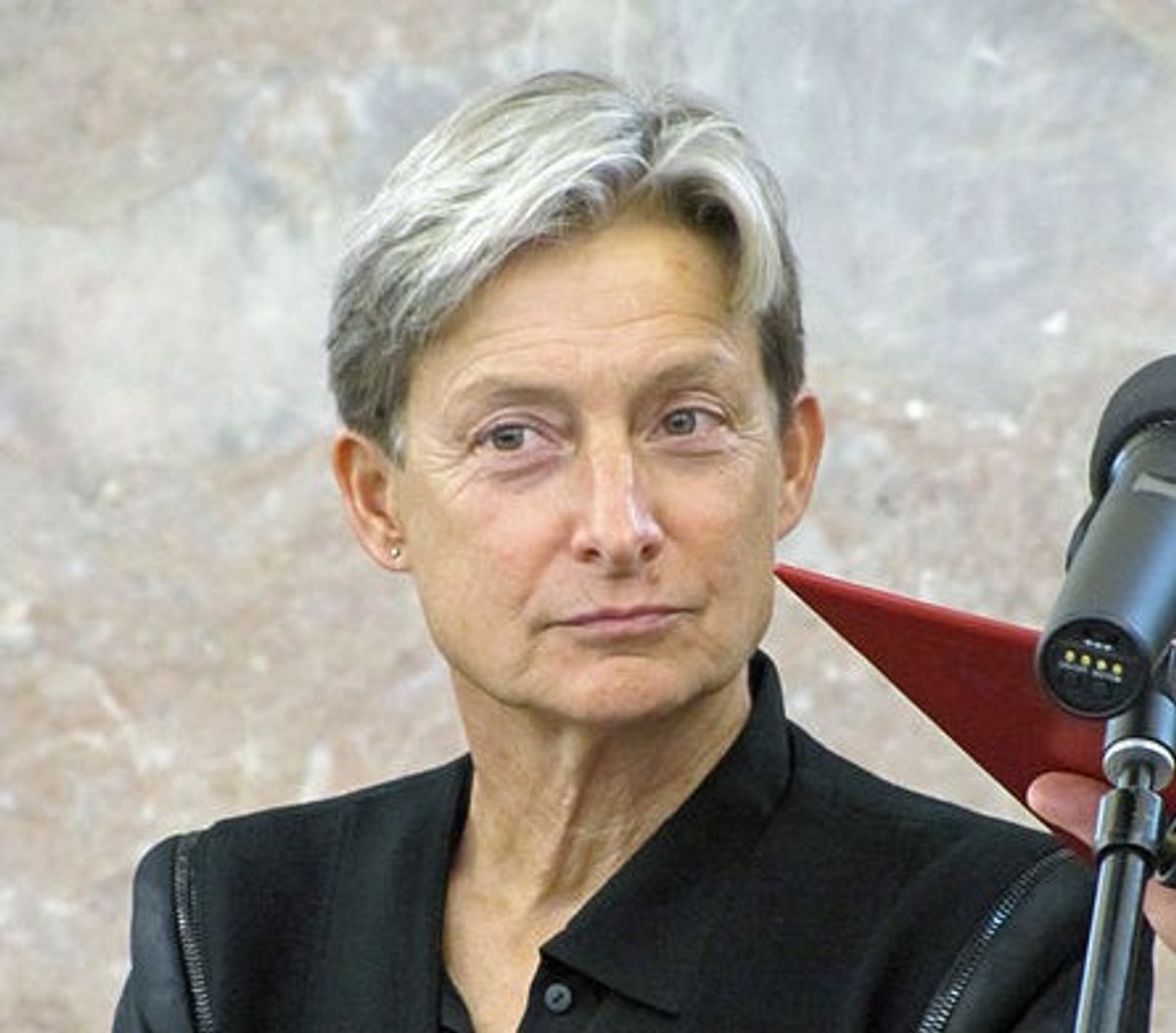 On Thursday evening, Brooklyn College hosted a speaking event about the Boycott, Divestment and Sanctions movement with philosopher Judith Butler and Palestinian BDS campaigner Omar Barghouti. Having resisted threats from a chorus of critics and New York City Council members, the lecture thankfully went ahead without interruption (see here for background on the controversy leading up to the event).

The Nation has published in full Butler's prepared remarks for the event, in which she reasserts her well-made point about the harm done by equating political criticism of Israeli government policy and anti-Semitism. A number of highlights are worth pulling out.

Butler condemns attempts to censor the Brooklyn College event with typical clarity, parsing out the flawed, contradictory logic used by those who tried to shut the event down:

The arguments made against this very meeting took several forms, and they were not always easy for me to parse. One argument was that BDS is a form of hate speech, and it spawned a set of variations: it is hate speech directed against either the State of Israel or Israeli Jews, or all Jewish people. If BDS is hate speech, then it is surely not protected speech, and it would surely not be appropriate for any institution of higher learning to sponsor or make room for such speech. Yet another objection, sometimes uttered by the same people who made the first, is that BDS does qualify as a viewpoint, but as such, ought to be presented only in a context in which the opposing viewpoint can be heard as well. There was yet a qualification to this last position, namely, that no one can have a conversation on this issue in the US that does not include a certain Harvard professor, but that spectacular argument was so self-inflationary and self-indicting, that I could only respond with astonishment.

So in the first case, it is not a viewpoint (and so not protected as extra-mural speech), but in the second instance, it is a viewpoint, presumably singular, but cannot be allowed to be heard without an immediate refutation. The contradiction is clear, but when people engage in a quick succession of contradictory claims such as these, it is usually because they are looking for whatever artillery they have at their disposal to stop something from happening. They don’t much care about consistency or plausibility.

Butler takes on the claim that BDS is an anti-Semitic movement:

... [T]he Jewish people extend beyond the state of Israel and the ideology of political Zionism. The two cannot be equated. Honestly, what can really be said about “the Jewish people” as a whole? Is it not a lamentable stereotype to make large generalizations about all Jews, and to presume they all share the same political commitments? They—or, rather, we—occupy a vast spectrum of political views, some of which are unconditionally supportive of the state of Israel, some of which are conditionally supportive, some are skeptical, some are exceedingly critical, and an increasing number, if we are to believe the polls in this country, are indifferent. In my view, we have to remain critical of anyone who posits a single norm that decides rights of entry into the social or cultural category determining as well who will be excluded.

The philosopher's point here, one that she previously developed in her book "Precarious Life," is crucial to acknowledge. A number of things are going on when someone charges any and all of Israel's critics with blanket anti-Semitism. First, of course, legitimate criticism of a state and military found to have acted out of accordance with international law is silenced. This point has been made by others aside from Butler. But Butler further stresses that the very same logic underpinning anti-Semitism (or indeed any racism) is at play when all criticism of Israel is deemed anti-Semitic. Namely, a sweeping generalization is made that applies en masse to all Jewish people (i.e., that they are necessarily represented by, and in support of, the state of Israel). But is not making generalizations about a given people the very basis (or at least the functioning logic) of racism?

Conflations, including of all Palestinians with Hamas, all Israeli policy supporters with Jews, and all Israel's critics with anti-Semites create a dangerous blur allowing for the continued ill treatment of Palestinians as well as a failure to focus on and attack real, horrifying instances of anti-Semitism when they do arise (take the growing tendencies of far-right parties in Europe right now). As Butler said on Thursday, "we see how the conflations such as these lead to bitter and destructive consequences. What if we slowed down enough to think and to distinguish — what political possibilities might then open?"