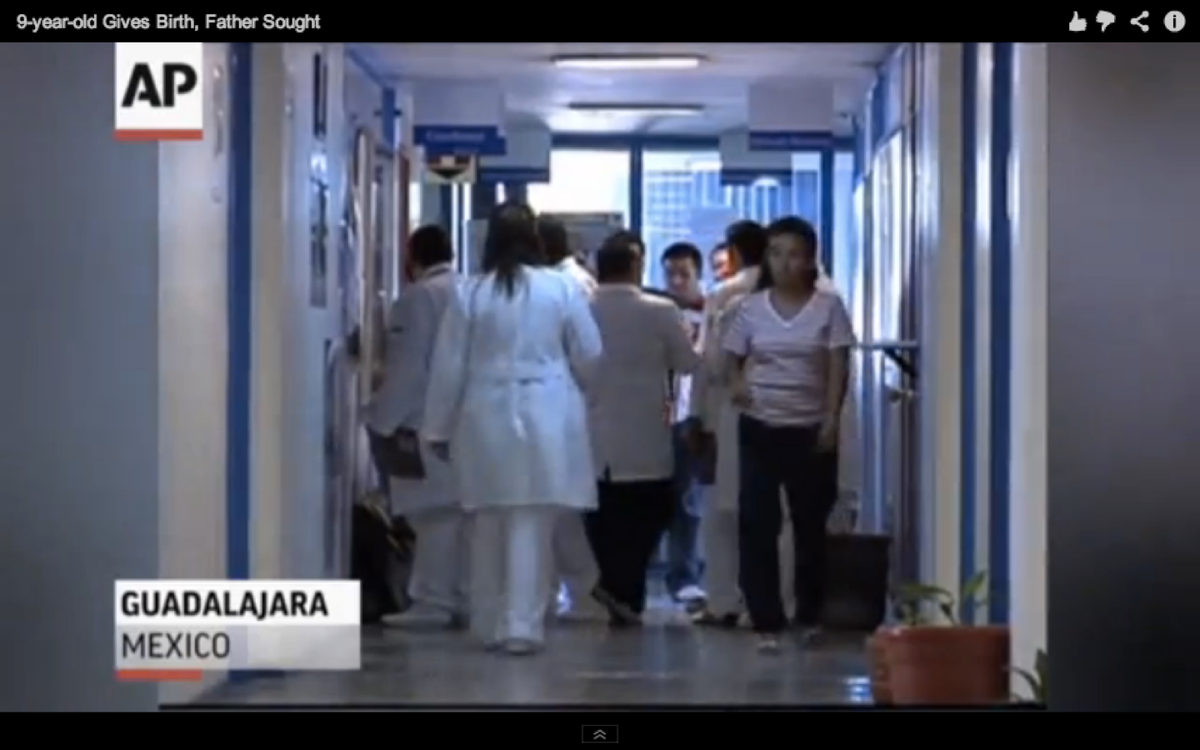 GUADALAJARA, Mexico – A senior health official in Mexico has criticized the parents of a nine-year-old girl, who gave birth last month, for not reporting her pregnancy as soon as they became aware of their daughter’s situation.

Jose Antonio Munoz Serrano, secretary of health for the western state of Jalisco, where the girl lives, said the parents knew their daughter was pregnant for months and did not notify authorities despite her young age, El Universal reported.

Munoz Serrano said authorities were concerned about the girl’s family, with whom she is living with her baby girl, CNN Mexico reported.

“We are worried that the girl’s parents didn’t notify the health sector about their daughter’s pregnancy so that she could receive medical attention during her pregnancy,” he said.

The girl, who has been identified as Dafne, was just over 8 when she got pregnant, the mother of the girl told local officials. The father of the infant is believed to be a 17-year-old boy.

The mother didn't report her daughter's pregnancy to state authorities because she didn't think it was a crime, Aristegui Noticias reported.

When Dafne and her mother arrived at the hospital for the birth in late January, doctors informed the woman that her daughter may have been a victim of sexual assault. It was only then that state authorities were notified. Police are looking for the father, who reportedly ran away after the girl refused to move in with him.

Lino Ginzalez Corona, a spokesperson at the state prosecutors' office, told the Associated Press that the girl claims she and the teenage boy were in a loving relationship and she didn't realize she was pregnant until the seventh month.

The girl is one of 11 children living in the poverty stricken municipality of Ixtlahuacan de los Membrillos, 25 miles south of Guadalajara, the AP said.

CNN Mexico reported that Dafne's own birth was only registered in November 2011.

Juan Martin Perez Garcia, executive director of the Network for the Rights of Children in Mexico, told CNN Mexico the girl is a victim of rape — even if she did "consent" to the relationship.