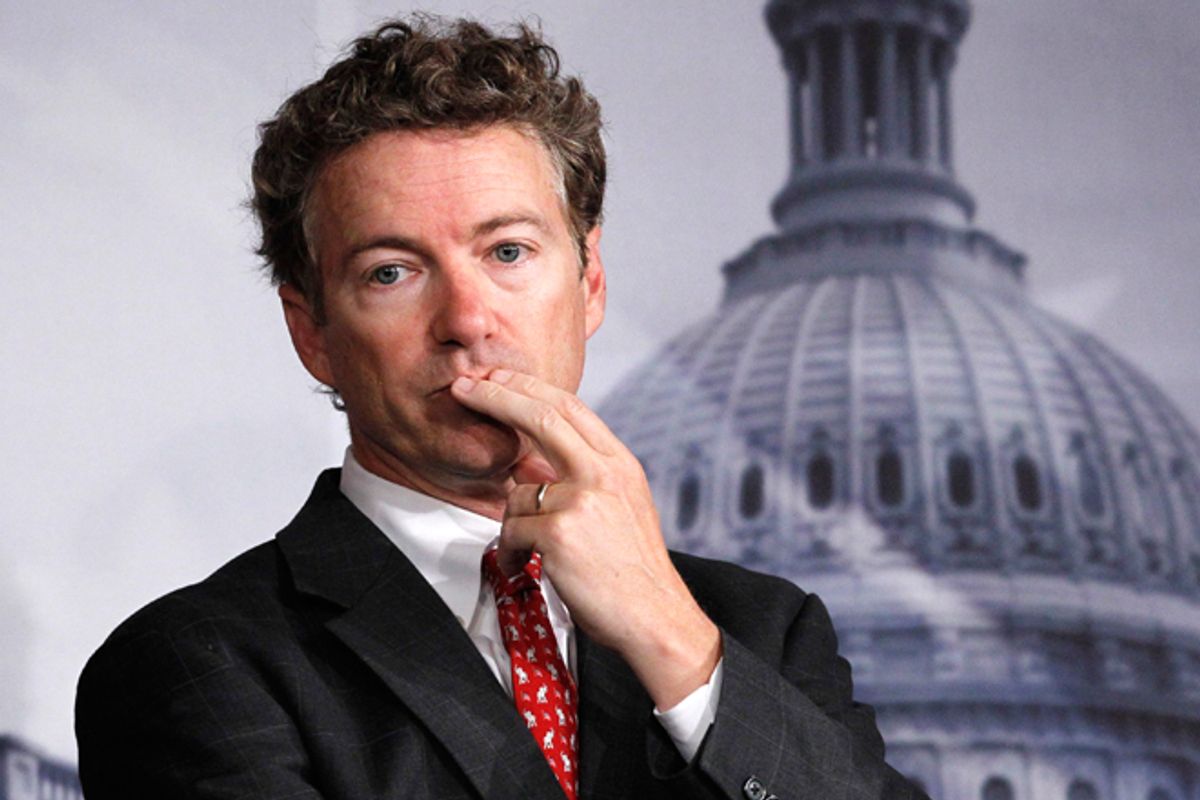 Tea Party Express announced this afternoon that Kentucky Republican Sen. Rand Paul will deliver the "Tea Party response to President Obama’s State of the Union Address" next week, which will come directly after the official Republican response, to be given by Florida Sen. Marco Rubio.

“We are happy to see that the Republicans have selected Tea Party conservative Senator Marco Rubio to deliver their response. Both Senator Rubio and Senator Paul will articulate pro-growth messages that will resonate with the American people,” Tea Party Express chair Amy Kremer said in a statement.

This is the third year in a row that Tea Party Express -- which bills itself as "the nation’s largest tea party political action committee," even though it is actually a subsidiary of a different PAC -- has hosted the Tea Party response to Obama's annual address. Rep. Michele Bachmann gave the first response in 2011, when she famously had trouble looking at the camera, and former pizza executive Herman Cain had the honors last year.

After losing steam from its peak in 2010, the Tea Party has lately been feeling under attack from Karl Rove and his new deep-pocketed project, which is to bolster electable candidates in GOP primaries against more radical challengers. It will be interesting to see if Paul sticks to Obama or uses the opportunity to take a stand against Rove and others in the Republican Party who are frustrated with the Tea Party after a big loss in November.