Rex Reed: A career of offensiveness

The film critic made headlines for calling Melissa McCarthy a "hippo." But he's been outrageous for years 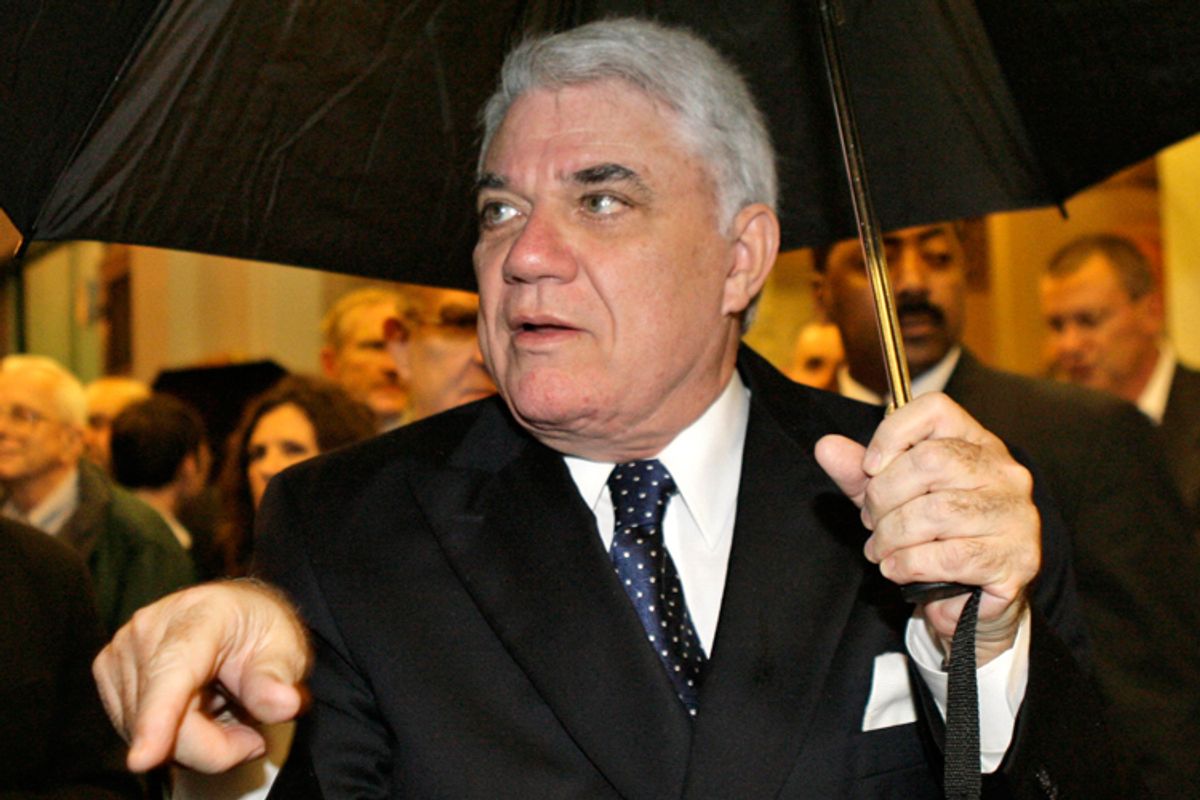 Long-time film critic Rex Reed -- who incidentally acted in one of the worst films ever made, the 1970 adaptation of Gore Vidal's novel "Myra Breckinridge" -- is making headlines today for his particularly offensive review of "Identity Thief," in which he called comedian Melissa McCarthy "humongous," "tractor-sized," and a "female hippo." He continued to focus on nothing but her weight, trivializing her fame to the point of calling the "Bridesmaids" star "a gimmick comedian who has devoted her short career to being obese and obnoxious with equal success."

As support for McCarthy poured in via Twitter and comments, Gawker's Rich Juzwiak called Reed's description "uncivil and the product of an intolerant mindset"; critic Christopher Campbell tweeted: "Seriously, there are too many writers losing their jobs (and those of us who can't get good ones) for Rex Reed to get away with that junk"; Chad Lowe called the comments "vile and unnacceptable," asking for the Observer to fire Reed.

But Reed's unabashed offensiveness, while extreme, is nothing new. As film buffs have long known, the critic has been writing incendiary, ill-informed and poorly conceived reviews for decades. Below is a collection of some of inciter's worst offenses over the years:

1. In 2000, a 61-year-old Reed was caught and charged for trying to shoplift three Mel Torme, Peggy Lee and Carmen McRae CDs. According to the Chicago Tribune, he "allegedly put the CDs in his jacket pocket and tried to leave the store without paying for them. Store security officials stopped Reed and called the police. Reed was charged with larceny and criminal possession of stolen property."

2. He penned a "smug, confused" review of "Cabin in the Woods" that was "literally about 50 percent inaccurate," according to fellow critic Henry Stewart, who wrote:

He can't even get the basics of the plot down; his review is literally about 50 percent inaccurate — factually, objectively wrong. "Vampires circle the moon and suck the hot stud’s blood," he writes, describing a dream he had while nodding off during the movie, which features no vampires circling the moon. "What they fail to notice is the hidden cameras," he writes about the characters who notice the hidden cameras. "It’s all part of an elaborate video game that allows paying customers to watch real people slaughtered according to the horror of choice. The five kids in the cabin are innocent pawns to test the mechanics of the game," he writes of a movie without an elaborate video game, paying customers or pawns testing anything's mechanics.

Writer-director Nolan’s "Batman Begins," with its surreal and mystical mumbo-jumbo about playboy Bruce Wayne’s beginnings, remains the worst Batman movie I’ve ever seen, although the comic-book addicts disagree. "The Dark Knight" takes up where it left off, but if it’s a follow-up that introduces a comprehensive sociopath called the Joker, then how do you explain the fact that the Joker made his debut years ago as Jack Nicholson? It’s just one of the things that makes no sense, but hey-ho, since when did Batman and logic morph?

4.  He revealed his views on getting involved with people with Asperger’s syndrome ("Hugh Dancy Is on His Way to Superstardom," 2009):

It is lethal to get involved romantically with any person with Asperger’s syndrome, since they care nothing about other people’s feelings, needs or priorities. Almost without exception, they leave you perplexed, riddled with doubt and totally depressed.

5. He perpetuated the baseless rumor that Marissa Tomei's 1992 Oscar win for "My Cousin Vinny" was a mistake and part of a "massive cover up." Roger Ebert said of the long-maintained lie, "Not only is the rumor untrue, it is unfair to Marisa Tomei, and Rex Reed owes her an apology."

6. He dismissed Wes Anderson's "The Darjeeling Limited" as "pretentious" and "rotten":

Mr. Anderson’s approach to filmmaking is from the same brain-dead school inhabited by Charlie Kaufman screenplays and the head-scratching direction of Paul Thomas Anderson, Spike Jonze and David O. Russell: Throw incoherent ingredients in the air, talk all of your Hollywood friends into joining the frolic and let the pieces fall all over the place with the camera turning. They all seem to be making it up as they go along, between visits to the catering truck. Mr. Anderson’s co-writers are Jason Schwartzman and his cousin Roman, who is Sofia Coppola’s brother. It all smacks of incest and sinks in a puddle of sluggish superficiality. High time Mr. Anderson, 38, grew out of this childish phase and used his word processor to achieve some kind of script indicative of what you might call a maturity of vision.

In other words, Melissa McCarthy, don't let Rex Reed get under your skin — we've got your back.