According to one market research group, U.S. iron sales are up nearly 3 percent from 2007 to 2012 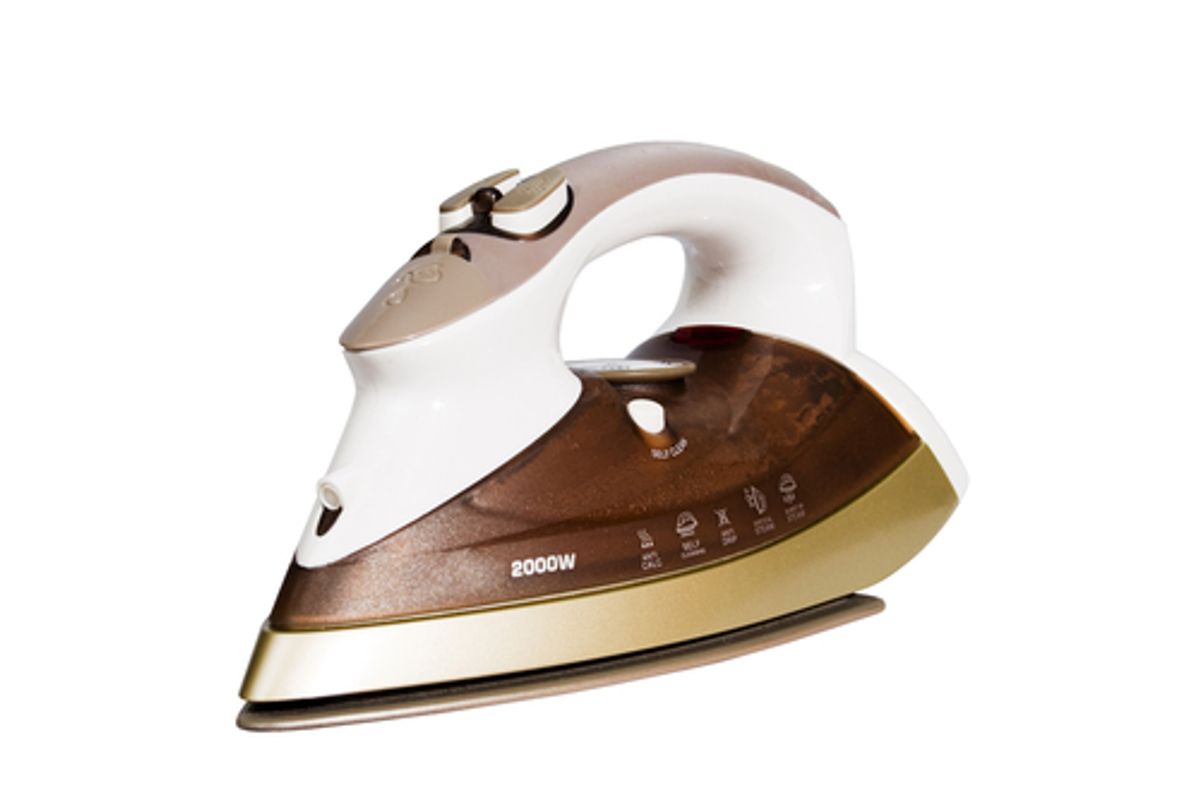 PROVIDENCE, R.I. (AP) — When online voters nixed the clothes iron token from Hasbro's Monopoly game, the appliance was held up as passe, as something your grandmother once used to ease the wrinkles out of linens and handkerchiefs.

"Despite being an integral part of life when the token was added to the game in the 1930s, the iron has fallen out of favor with today's fans," the Rhode Island-based company said in announcing its replacement: a cat.

But even with the rise of wrinkle-free fabrics, the iron, it seems, is holding its own.

While U.S. iron sales declined in volume 1 percent last year, they were up nearly 3 percent overall from 2007 to 2012, according to the market research group Euromonitor International. Over the same period, steam generator irons — which make more steam than traditional ones, speeding up the process — experienced what the firm called "enormous growth." Sales were $368 million last year.

Kim Kalunian irons nearly everything: sweaters, dresses, pants and even jeans. The 23-year-old digital producer at WPRO Radio in East Providence inherited her distaste for wrinkles from her mother, whom she describes as a "fierce ironer." She finds the chore — and the hiss of the steam — therapeutic.

"It's sort of magical," says Kalunian, who irons in the morning before work and at night if she's donning a new outfit and going out. "There's these wrinkles there, and they're annoying, and you whip out this iron and you can banish them."

When she travels, she always checks her hotel room to make sure it has an iron, but draws the line at adding creases to pants — or ironing sheets, pillowcases or underwear.

Rowenta, a manufacturer of high-end irons whose U.S. headquarters is in West Orange, N.J., says the appliance is as relevant as ever.

The company, whose products have been used to keep wrinkles out of the clothing on "Project Runway," is constantly updating technology to make ironing easier, faster and better for clothes, spokeswoman Michele Lupton says. Its regular models, ranging in price from $70 to $175, now include an "eco-friendly" one that uses less energy.

Hasbro nixed the iron after it got the fewest votes in a Facebook poll; it is being replaced with a cat. As a nod to its service, Rowenta plans to give away 10 board games with the iron token — along with a real iron — before the piece is discontinued. People will be asked to weigh in on Rowenta's Facebook page with their "fondest" ironing memories.

There are those, of course, who will go to any length to avoid ironing — throwing dry clothes into the dryer to soften wrinkles, using special sprays, buying no-wrinkle fabrics or paying to have it done at the dry cleaner.

A man in Leicester in the United Kingdom in 1997 decided to spice up his dreaded ironing by doing it while rock climbing. Phil Shaw — nicknamed Steam — says in his book on so-called extreme ironing — also done with skiing, snowboarding and canoeing — that it "combines the danger and excitement of an 'extreme' sport with the satisfaction of a well-pressed shirt." Long extension cords hooked to generators were used at first, before the advent of battery-powered irons.

Consumer Reports noted this week, after the death of the iron token, that it had recently conducted tests to name the 10 best steam irons. Some, it said, cost "just a bit more than a Monopoly game."