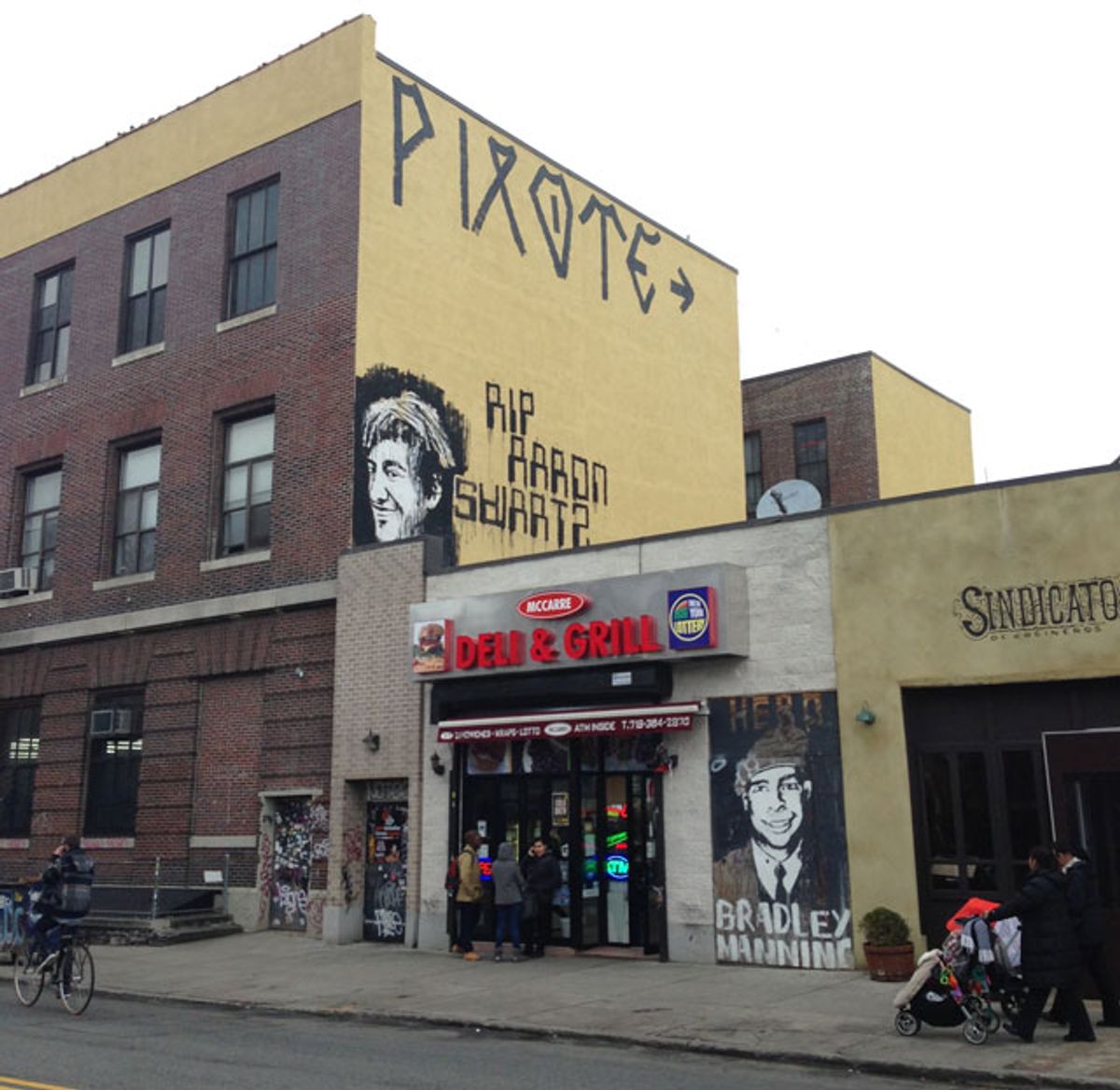 A little corner of 21st century heroes has sprung up in the form of street art just north of McCarren Park, in Greenpoint, Brooklyn. Roller works by BAMN (aka By Any Means Necessary) the artist explained to Hyperallergic why he chose Internet activist Aaron Swartz as the subject of his latest mural:

Swartz was an amazing human being who fought tirelessly for our right to a free and open Internet. He was much more than just the “Reddit guy.” I encourage people to read about his legacy to understand how important he was towards the movement of hacktivists and whistleblowers.

The Swartz mural follows the more controversial Bradley Manning (of WikiLeaks fame) work that first appeared on the street in late 2011. At the time, BAMN explained that he considered himself more of a weekend warrior when it comes to street art, and he said, his “first interaction with street art was through Poster Boy. I liked the idea of a loose collective participating in political art.”

Like Swartz, he sees Manning as a type of hero. “He’s a traitor to US imperialism, I can agree with that,” he answered when I asked him what he thought of those who call Manning a traitor. “I wonder whose interests those critics are protecting? Those profiting from US imperialism are the real traitors. They have betrayed humanity.”

He said at the time he created the Manning work as a way to “bring awareness to Bradley Manning’s cause. He sacrificed freedom for truth.” It seems fitting that Swartz and Manning are united on the streets in this ad hoc street museum of whistle-blowers.

Why did BAMN choose this location? “The media savviness of this neighborhood along with the popularity of street art allows for the full potential of this piece,” he said back in 2011. “The perfect reaction is any reaction at all. Taking a photo of it, blogging it, talking about it, looking at it … even if you disagree with it. Just liking the way it was painted is cool too.”