Has Western demand really made the grain difficult for South Americans to afford? The answer is complicated 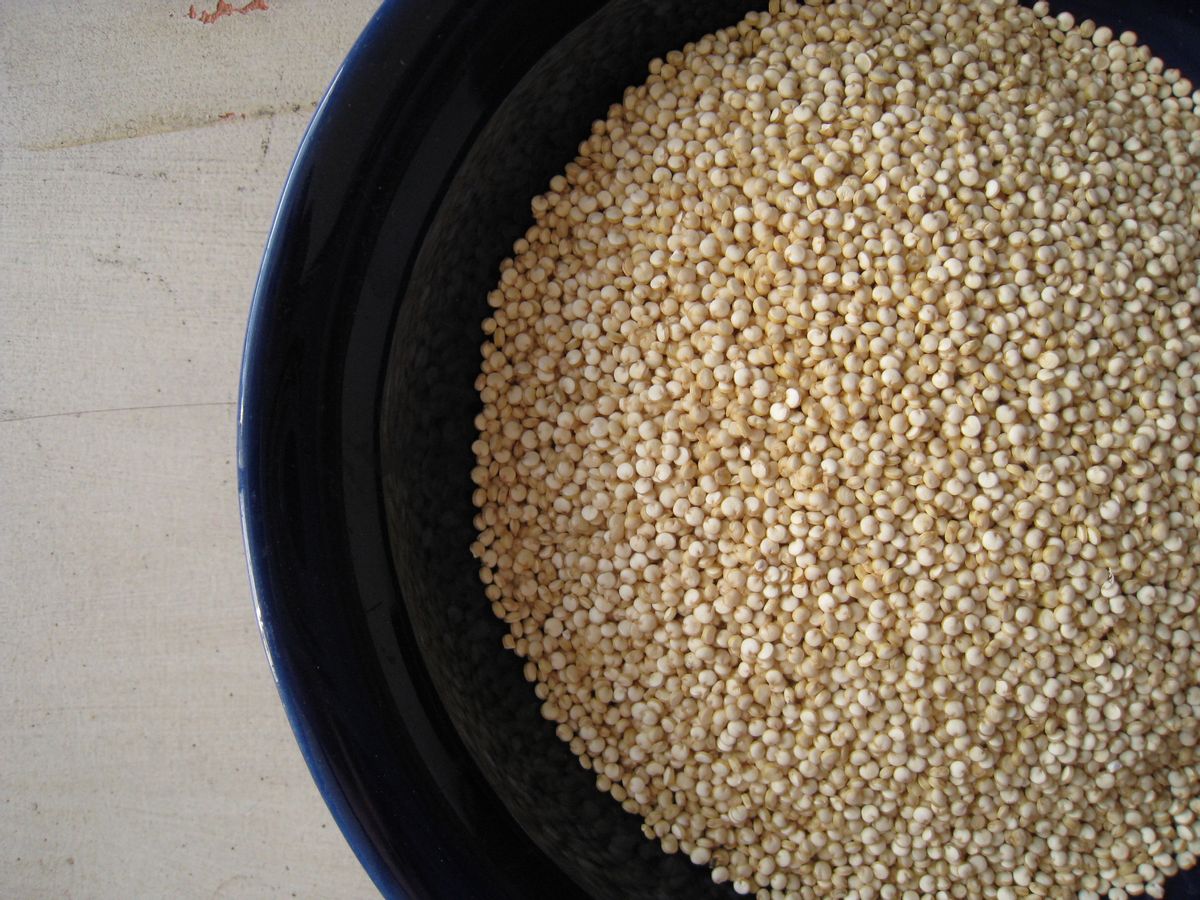 Two weeks ago, an opinion piece by Joanna Blythman at the Guardian blared “Can vegans stomach the unpalatable truth about quinoa?” In it, she argues that the high price of quinoa, driven almost exclusively by Western (although not necessarily “vegan”) demand, is making the nutritionally valuable foodstuff difficult for ordinary Bolivians and Peruvians to afford.

PETA’s Mimi Bekhechi was quick to issue a response, pointing out (correctly) that meat consumption is a key driver of a host of ecological and social ills, among them world hunger and global climate change, but failing to dispute the core argument at hand – that is, that Western demand is pricing out poor folks.

Slate’s Ari LeVaux then published by far the most nuanced response to the piece, containing actual reporting on the ground and avoiding the scapegoating that characterized the work by Blythman. LeVaux points out that most of the academic research on the topic comes to the conclusion that rising quinoa prices have benefited considerably Bolivian small producers, while acknowledging that poor urban consumers of quinoa have lost out in this new arrangement.

Of course, like most debates in our contemporary media environment, there are significant components missing. Among them:

1) Trade between countries, including, or perhaps especially, between countries that have “free trade agreements” (or alternate monikers that describe the same condition -- in the case of the United States and Peru, it is called a “trade promotion agreement”) continues to be heavily regulated. If a foodstuff produced in another country is appearing on your supermarket shelf, this is as a result of often complex policy decision-making, not simply as a result of “Western demand.” There are many products that there exists a “demand” for that never appear in the consumer lexicon.

2) The most significant moral and political dilemma as it relates to food for people in the Global North continues to be the way in which our governments ally their interests with the largest agriculture corporations. There are more than a few examples here: NAFTA put hundreds of thousands of poor farmers out of business by weakening Mexico’s land reform laws and flooding their markets with cheap grains. After the U.S. invasion of Iraq in 2003, CPA Order 12 eliminated all tariffs on all foreign goods, allowing agro-corporations such as Archer Daniels Midland to dump extraordinary amounts of grain on the Iraqi market (such a situation may explain why U.S. Senator Tom Harkin, a close ally of the ag lobby yet one of the most liberal members of the Senate normally, decided to cast his vote in favor of the AUMF in 2002).

As a condition of helping to restore the democratically elected Jean-Bertrand Aristide to power in 1994, Bill Clinton forced the Haitian government to reduce their rice tariff to 3 percent, effectively eliminating the domestic Haitian rice industry. And of course, Northern government’s subsidizing of agrofuels led to the world-historic increase in food prices in 2008, causing widespread nutritional insecurity and riots.

3) Global food security is advanced considerably if each nation is able to provide the bulk of its food needs internally -- something that the North has seemed to understand quite easily for itself but has failed to include in its often tyrannical policy recommendations involving the Global South. In modernity, this process is advanced through the economic system known as import-substitution industrialization (ISI); that is, when pre-industrialized nations develop their internal means of production to replace commodities previously provided through foreign trade, it is almost always at a deficit.

4) Up until the end of the 1960s, the Bretton Woods institutions (the IMF and World Bank, up until recently the most important sources of international capital) were fairly sympathetic to an ISI model on a global scale. With the advent of neoliberalism, however, the IMF and World Bank turned away from this model toward structural adjustment, privatization and tariff reduction, significantly increasing global food insecurity, especially in places like sub-Saharan Africa (and Mexico).

For the most part cut off from international capital, Argentina, Brazil and Venezuela -- the three countries in the Western hemisphere that have made the largest demonstrable commitment to continuing import-substitution policies thus far -- have been able to do so largely through a boom in commodity prices.

Venezuela, especially, has used oil revenues to invest in domestic agricultural production, which had experienced a massive decrease since the 1970s.

5) How can countries like Bolivia and Peru gain the capital to invest in increased food security today? One of them could be through a boom in quinoa prices. Of course, in Peru’s case, the “trade-promotion agreement” with the United States — which dramatically reduced agricultural tariffs — severely hampers their ability to lower domestic food prices enough to compete with grain from the north.

It’s common for media debates in the Global North to be simplistic. In this case, when the debate almost entirely obscures the real issues at hand, it can be downright pernicious.