In the sketch, Republican senators fight over who is the most pro-Israel 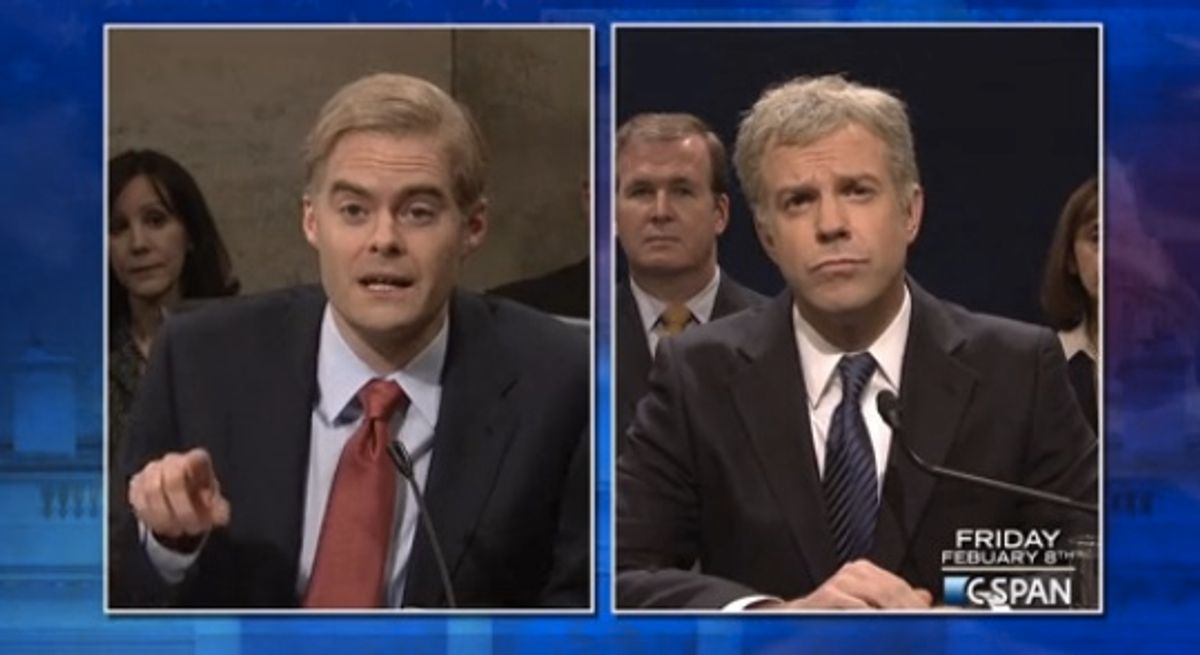 A Saturday Night Live sketch, performed in this week's dress rehearsal but cut from the final show, spoofed the confirmation hearings for Chuck Hagel as a series of one-ups by Republican senators trying to prove who loves Israel the most. "Let me pose to you a hypothetical," said the John McCain in the sketch. What if Benjamin Netanyahu calls and "he says to you, it is vital to Israel's security, that you go on national television that night and perform oral sex on a donkey."

"Would you do that for Israel?" McCain asks. Watch: