Ever want to "Do the Dew" before lunch? You're in luck: PepsiCo's new morning drink is set to launch this month 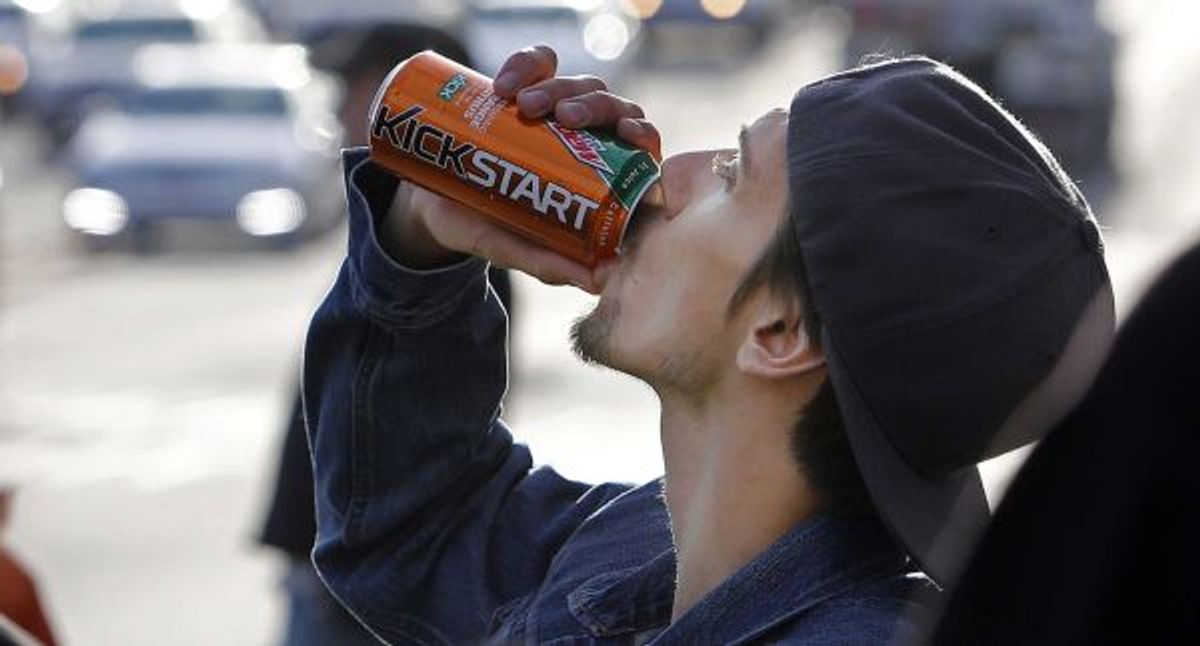 Hey bros, ever feel sluggish in the morning? Like maybe all of that Dorito taco-eating and late night Xbox 360-playing is catching up with you and harshing some of your get up and go?

Been there, dude. I have so, so been there.

But get ready to be totally stoked: PepsiCo is launching a new Mountain Dew drink that's just for breakfast time! Kickstart is made with 5 percent "real fruit juice" and "the right amount of kick" which is, apparently, 92 milligrams for a 16-ounce can.

Why is Mountain Dew launching a breakfast beverage, you ask?

Simon Lowden, chief marketing officer for PepsiCo’s Americas beverages, says the idea came from consumer research that indicated Mountain Dew fans were looking for an alternative to traditional morning drinks like coffee, tea and juice. “They didn’t really see anything that fit their needs,” he told Fox News.

It is scheduled to appear in your high school health teacher's nightmares sometime later that night.