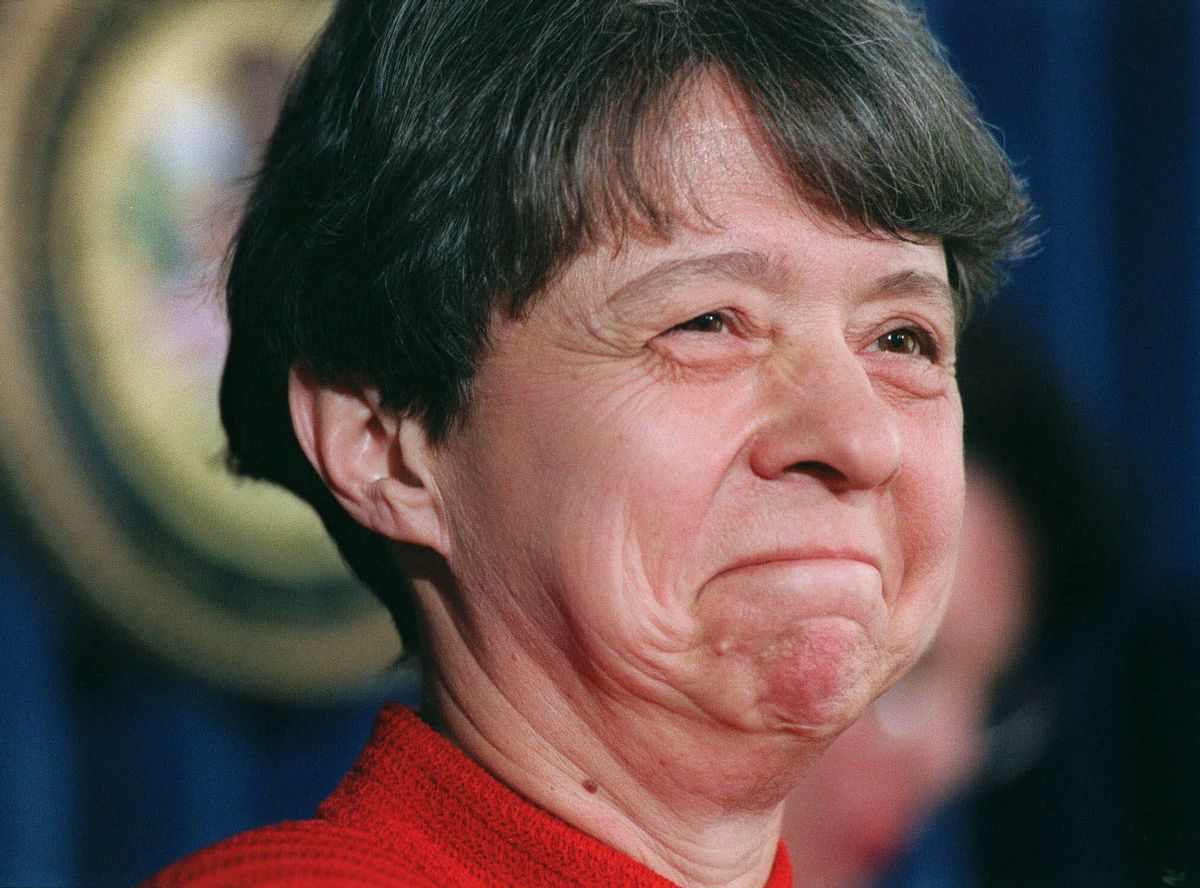 If you pay attention to the upcoming Senate Banking Committee confirmation hearings for President Obama's nominee to head the Securities and Exchange Commission, Mary Jo White, you probably will not hear the term "regulatory capture" (aka the catch-all term for industries controlling the parts of government that are supposed to be independently regulating them). Yes, it's certainly possible that Massachusetts Sen. Elizabeth Warren will echo her previous criticism of the phenomenon (as she absolutely should), but by and large, the concept probably will not take center stage, even though White is the personification of that problem (more on that in a moment). That's because with so many committee lawmakers on bankrolled by major financial institutions, the committee itself has become a shining example of how regulatory capture works.

But though the term will likely be omitted, an eye-opening new report released this morning by the nonpartisan Project on Government Oversight shows that regulatory capture has become far and away the biggest problem facing the SEC. And because the financial industry is now so immense, that means regulatory capture at the SEC is also one of the biggest threats facing the American economy at large.

Though there are many critical revelations in the POGO analysis, these are the two major ones that tell the larger story:

From 2001 through 2010, more than 400 SEC alumni filed almost 2,000 disclosure forms saying they planned to represent an employer or client before the agency. Those disclosures are just the tip of the iceberg, because former SEC employees are required to file them only during the first two years after they leave the agency...

The SEC has exempted certain senior employees from a “cooling off period” that would have restricted their ability to leave the SEC and then represent clients before the agency. In addition, the SEC has shielded some former employees from public scrutiny by blacking out their names in documents they must file when they go through the revolving door.

Not surprisingly, this corruption has intensified thanks, in part, to loopholes in laws that permit such exemptions, redactions and ethics waivers. Ultimately, that has resulted in the SEC becoming a textbook example of regulatory capture -- and that comes with a price. As the POGO report documents, the revolving door culture is decisively shaping SEC enforcement actions -- or lack thereof.

For example, the revolving door seems to explain why there have been 350 instances in which the agency gave financial firms special waivers "that softened the blow of enforcement actions." Those firms were often represented by former SEC officials who effectively leverage their relationships with their old government colleagues. And they weren't just any financial firms, but in half the cases, according to the New York Times, the "waivers went to repeat offenders -- Wall Street firms that had settled previous fraud charges by agreeing never again to violate the very laws that the S.E.C. was now saying they had broken.”

Likewise, the revolving door goes a long way toward explaining recent revelations that the SEC typically is tougher on smaller firms than on larger firms. No doubt, that likely has at least something to do with the fact that the former often don't have former SEC officials defending them, while the latter most often do.

The POGO report may even explain the stunning discovery by Rolling Stone's Matt Taibbi. Back in 2011, he reported that for the past two decades "the agency has been systematically destroying records of its preliminary investigations" thus keeping "an entire generation of federal investigators in the dark about past inquiries into insider trading, fraud and market manipulation against companies like Goldman Sachs, Deutsche Bank and AIG." Obviously, if you are an SEC official and know your lucrative post-government job is going to be at one of those companies, you have a clear incentive to destroy records implicating your future employer in major crimes.

This gets us back to Obama's nominee, Mary Jo White. She is like many of the figures exposed in the POGO report, having ten years ago traded in a prosecutorial career for the big money that comes with defending corporations and Wall Street CEOs.

During the private practice part of her career, one of White's most high profile cases was a textbook example of regulatory capture. In that episode, which was later investigated by a Senate Committee, she used her government contacts to help get an SEC investigator fired for having the gall to merely try to interview her client, Morgan Stanley CEO John Mack.

As evidenced by that scandal and her larger record, it is clear that White is not any old partially compromised corporate crony. She is instead the embodiment of regulatory capture. Worse, she isn't heading any old agency. She is being appointed to head an agency whose single biggest affliction is its status as a victim of regulatory capture -- an agency governed by laws that in many instances would let White circumvent even the most minimal recusal requirements.

On top of that, White is hardly some apolitical administrator who has refused to take ideological policy positions. On the contrary, as the Wall Street Journal reports, she "has argued against pursuing corporations in criminal courts and pushed, on behalf of corporate clients, for rules that could discourage corporate whistleblowers from coming forward." That is, she has advocated for precisely the kind of governmental posture that regulatory capture tends to create.

In light of this extensive record and in light of President Obama's financial ties to Wall Street, White looks less like a nominee selected in spite of her Wall Street ties than a nominee selected because of those connections. Similarly, in light of the SEC being so defined by regulatory capture, White looks less like a chairwoman selected to fight that problem than one selected to foster it -- and that's a huge problem not just for investors, but for America's financialized economy as a whole.