The Grammys' most surprising moments

After the awards were handed out, we were left marveling at Prince, Rihanna, and Kelly — and miffed at LL 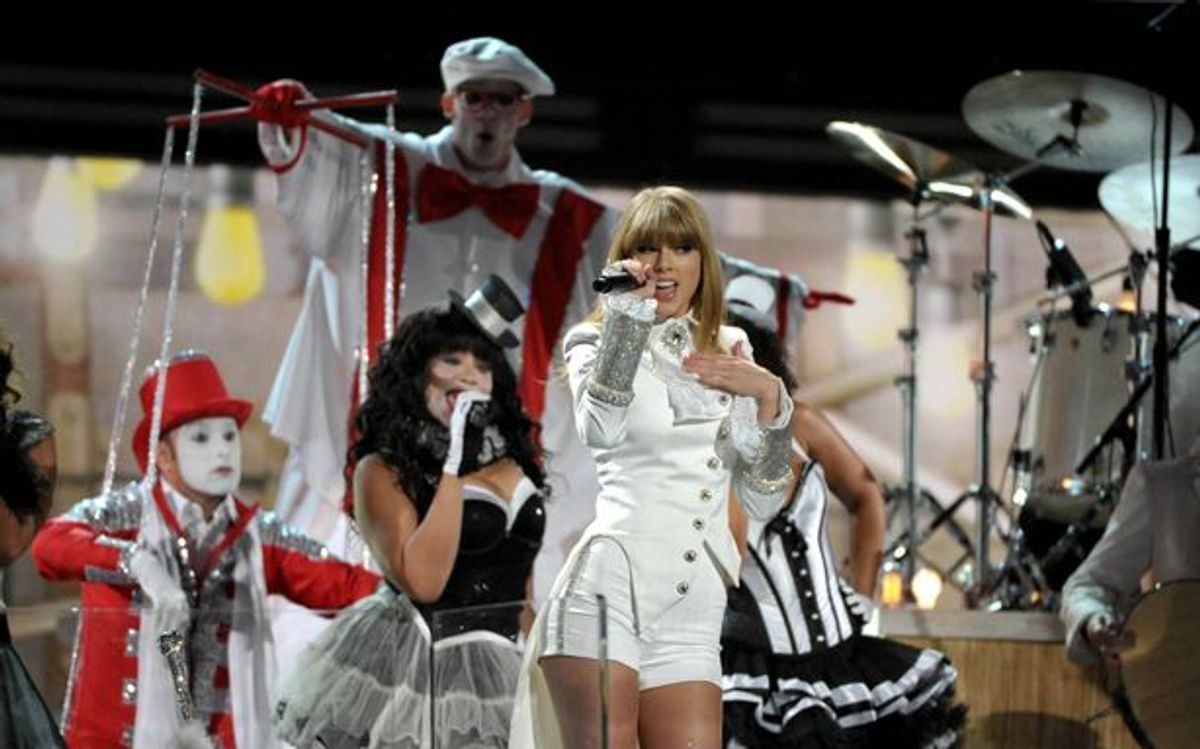 Most Staggering Display of Self-Regard: Host LL Cool J hectored the audience at length after the show began, delivering a rambling monologue that he seemed annoyed had been postponed last year due to the death of Whitney Houston. It was mainly about his own career, and how his two Grammys inspire him to pursue excellence. And he kept talking about Twitter, though it seemed he had just found out what it was. "You're gonna see hashtag Carrie Underwood, hashtag Jack White, hashtag Kelly Clarkson," he announced before a show-closing performance. It was alternately narcissistic, and so 2009.

Most Improved Live Singer: Rihanna gave a surprisingly compelling take on her ballad "Stay" and was creditable in the Bob Marley tribute. That said, her disaffected pre-show red carpet interview -- and her walking off-camera after losing an award to mentor Jay-Z -- indicated that 2013 may be the year she opts out of releasing her annual album.

Least Improved Live Singer: Taylor Swift's duet with Stevie Nicks at the 2010 Grammys led to disdain, mockery -- and, ultimately, her writing a song, "Mean," about her haters. She's so mad at her critics, still, that she tormented them with a flat "We Are Never Ever Getting Back Together," to which she added some Lady Gaga-esque fripperies. Is Taylor going to join Mummenschanz?

Best Acknowledgment of the Anxiety of Influence: Sting did a duet with Bruno Mars on the younger artist's hit "Locked Out of Heaven," a song that sounds like a Sting rip-off.

Best New Power Couple: After ruling the Golden Globes last month, Lena Dunham got to enjoy her boyfriend Jack Antonoff's good fortune as he accepted a Grammy as part of the band fun. Meanwhile, her "Girls" castmate Allison Williams was seated in the front row with new BFF Katy Perry. "Girls" is officially part of the pop culture landscape for people outside the New York media bubble: We await Jemima Kirke's duet with Stevie Nicks at next year's Grammys.

Best Pre-Existing Power Couple: After his wife, Beyoncé, dominated the cultural conversation at the Super Bowl, it was Jay-Z's time to shine; he rapped on Justin Timberlake's "Suit and Tie" (below), sipped cognac in the front row like a music-industry version of Jack Nicholson at the Oscars, and mocked a producer of his award-winning song "No Church in the Wild" for wearing a hat from the "swap meet."

Most Important Force in Music, Maybe: As "The Voice" winners watch from home, presumably, two "American Idol" winners, Kelly Clarkson and Carrie Underwood, picked up trophies, the former in an endearingly weird speech (referencing her plans to get drunk later in the evening, with an exhortation telling kids not to drink) that reminded us why she was the country's pick.

Best Return of a Legend: Prince, looking youthful despite his cane, earned huge praise from record of the year honorees Gotye and Kimbra and an ovation from an audience made up, evidently, of fans.

Most "Grammy Moment" Grammy moment: The Grammys were really pushing the term "Grammy moment" this year, to describe unconventional happenings like an Alicia Keys-Adam Levine duet. But as the clock struck 11 and Mumford and Sons, Mavis Staples and Elton John were performing verse after verse of "The Weight" (can they possibly have added more verses?) we were reminded that, yes, nods to hipness in the form of Taylor Swift aside, this is the fuddy-duddyish, proudly excessive Grammys.