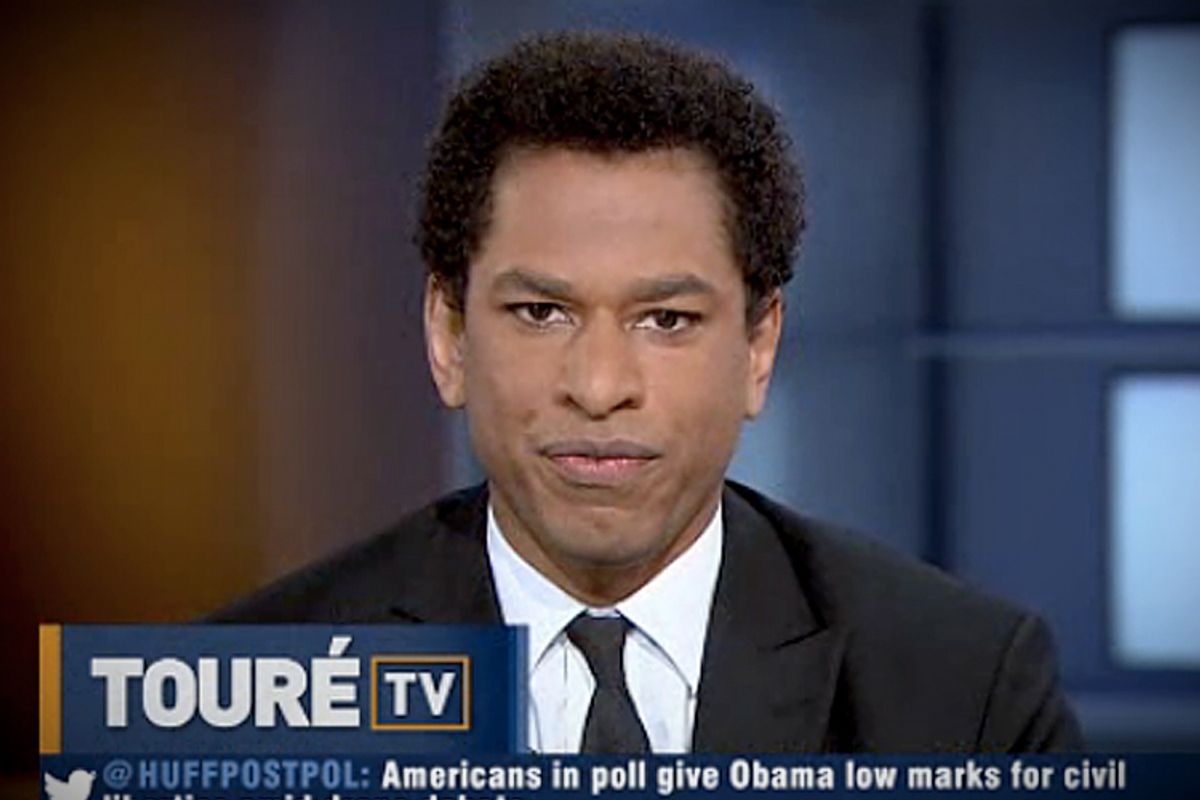 MSNBC host Touré sternly argued against the growing chorus of voices decrying America's drone wars Monday. "I am not pro-drone. But I am pro killing those who are working to kill us," he said on Monday's edition of MSNBC's "The Cycle."

Specifically, Touré defended the killing of U.S. citizen Anwar Al-Awlaki, asserting, “If you join al-Qaida, you lose the right to be an American.” The host conceded, however, that if Al-Awlaki's 16-year-old son -- not an al-Qaida member -- was also targeted, it would constitute a "war crime."

Touré's remarks come amid furor surrounding a leaked Justice Department white paper, summarizing the legal reasoning that would allow for an American to be added to Obama's "kill lists" --  reasoning that has been roundly decried by human rights groups and legal experts.

Watch the video via MSNBC below: