Is the NBA becoming gay friendly? 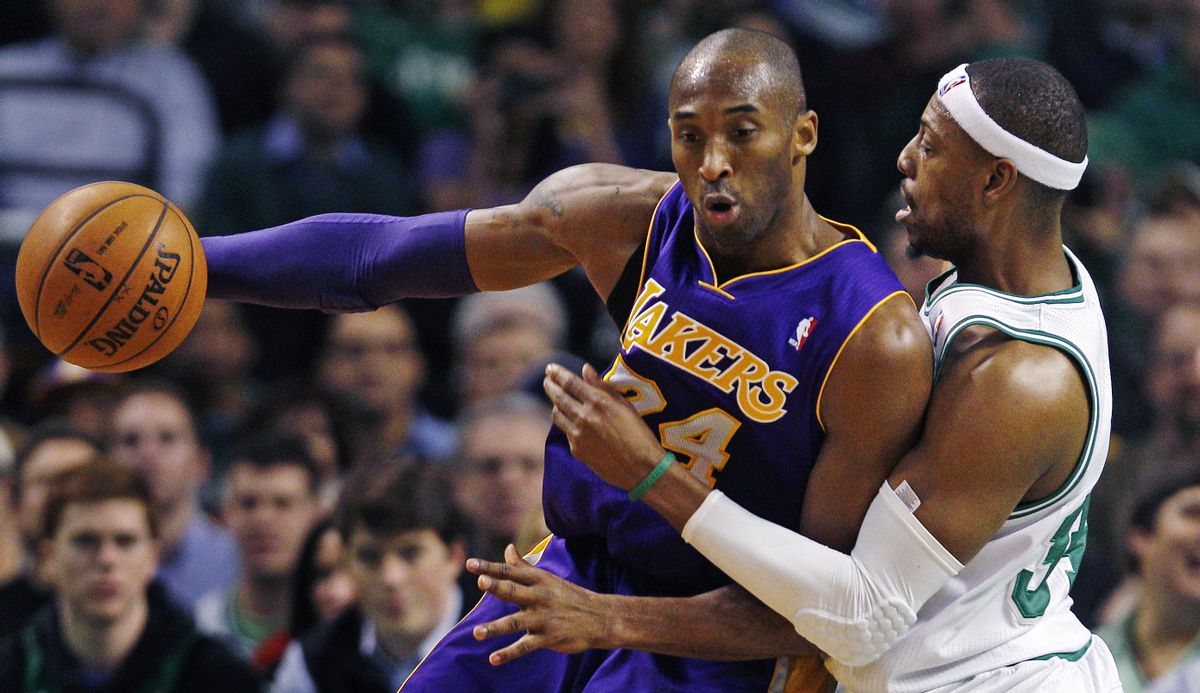 You may have missed it, what with the Super Bowl and the 40th anniversary of Roe v. Wade, but NBA superstar Kobe Bryant joined Twitter last month. For devoted basketball fans, his feed has offered a fascinating and occasionally harrowing glimpse into the mind of a psychopathically competitive athlete. For most everyone else, it's been a ho-hum collection of shout-outs and insipid announcements, with an amusing aside about the value of a good pedicure (quoth Bryant: "Pedicure. Very necessary. Take care of ur feet. Ur feet will take care of you") — that is until yesterday.

After a skirmish on the social network prompted one of his followers to make a homophobic remark, the Black Mamba swatted him away like he might an errant jump shot:

And when a separate follower reminded Bryant that he called a referee a "fucking faggot" as recently as April 2011, Bryant was quick to admonish himself:

Of course, both of these tweets need to be taken with a basketball-size grain of salt. Kobe Bryant is one of, if not the most image-conscious athlete in professional sports. This is the same guy who inspired a small media circus for practicing directly after a bitter loss to the Miami Heat in March of 2011, his "surprise" notwithstanding. Currently he's starring in a thoroughly loopy, Frank T.J. Mackey-style series of Nike advertisements extolling the virtues of something called the "Kobe system." (No one is entirely sure whether these commercials are tongue-in-cheek). It's easy to read Bryant's tweets as a calculated effort to repair both his personal brand, which took a hit after his dust-up with a referee, and that of the NBA, whose players have earned a reputation for being homophobic.

Still, an athlete of Bryant's stature publicly decrying homophobia can't be dismissed out of hand. And on the heels of Kenneth Faried's joining the LGBT support group, Athlete Ally, and an earlier PSA in conjunction with the Ad Council denouncing the use of "gay" as a pejorative, it's safe to ask if it actually does get better in the NBA.