Although she was married to Kermit in "The Muppets Take Manhattan," the marriage didn't stick 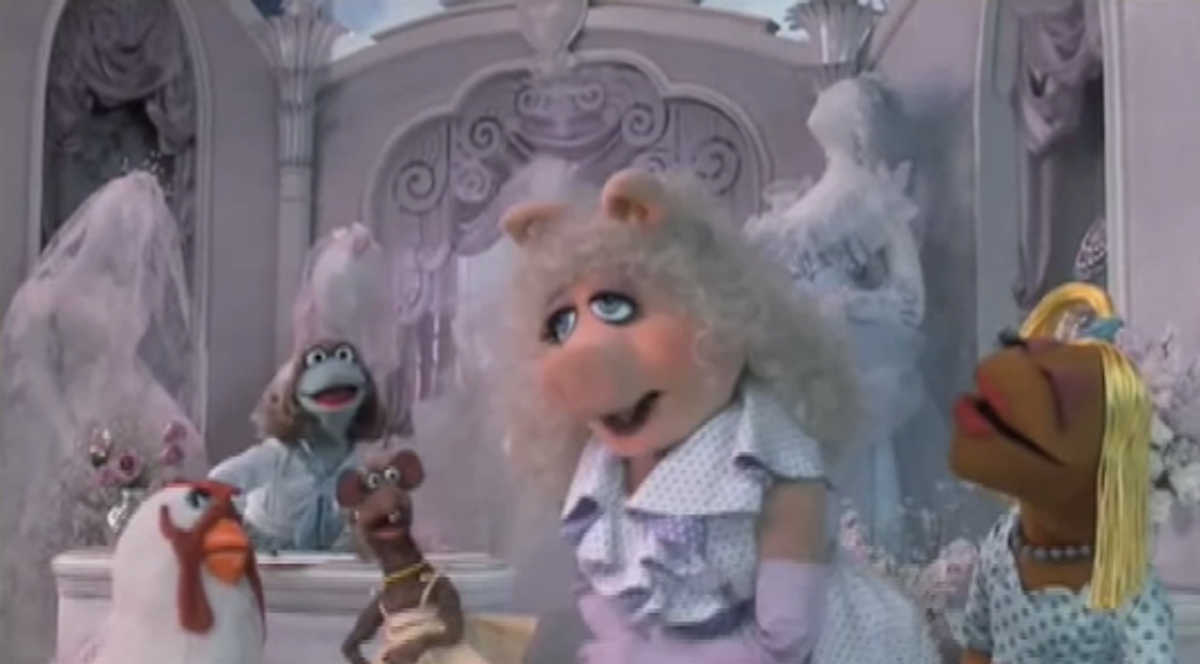 Miss Piggy and Kermit the Frog are like the modern-day Elizabeth Taylor and Richard Burton because apparently, the on-again-off-again pair are getting married ... again. In a recent interview with "Les Misérables" production designer Eve Stewart, who is working on "The Muppets … Again!," Stewart told BBC 4 that "Today has been one of the best days of my life" because she's "designing Miss Piggy’s wedding at the Tower of London."

Watch Miss Piggy and Kermit get married in "The Muppets Take Manhattan":