The admission came hours after seismologists detected a 4.9 earthquake in South Korea 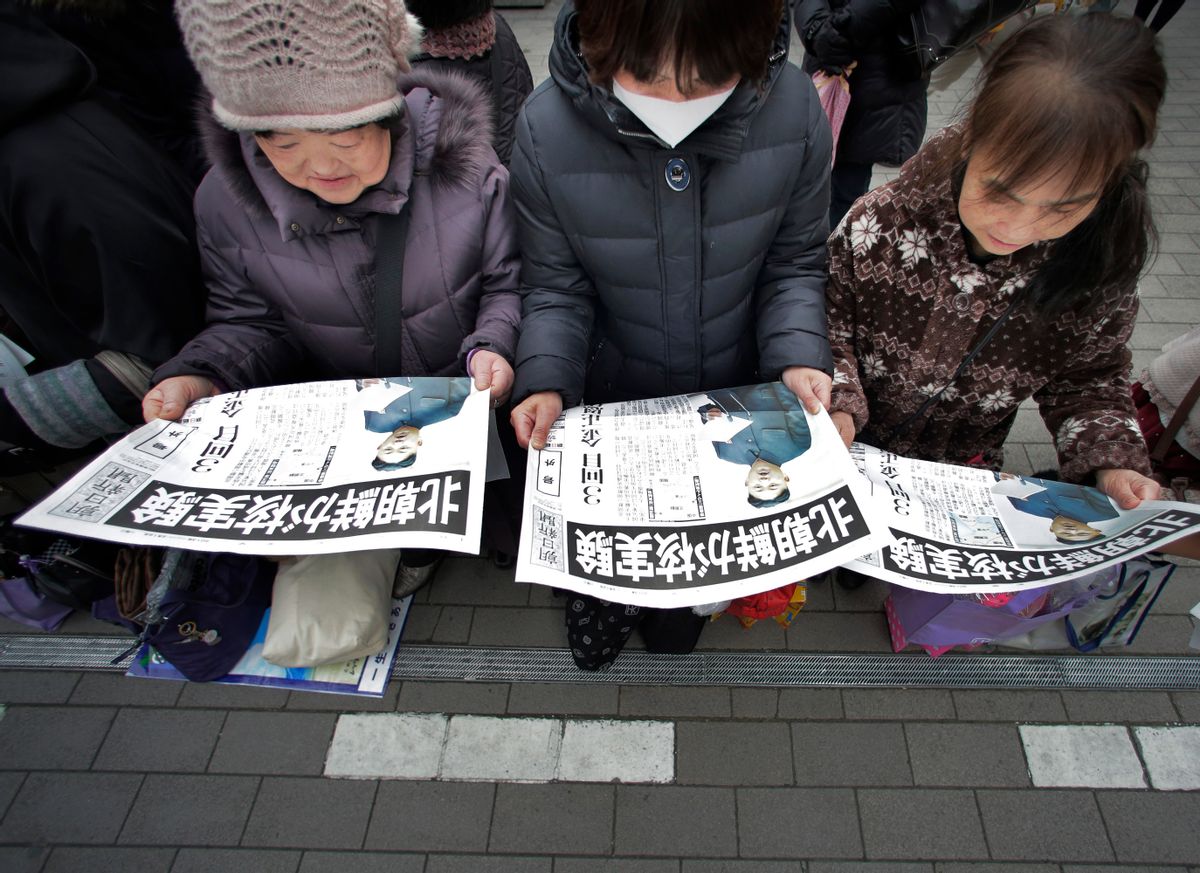 SEOUL, South Korea — North Korea has admitted carrying out a third nuclear test, hours after US seismologists detected a 4.9-magnitude earthquake in the hermit kingdom.

The heightened seismic activity came at 11:57 a.m. near the Chinese border. The South Korean Defense Ministry estimates the detonated bomb to have weighed six to eight kilotons.

According to monitors at the Comprehensive Nuclear-Test-Ban Treaty Organisation in Vienna, the resulting blast was twice as powerful as North Korea's last nuclear test in 2009.

The North Korean Foreign Ministry said the latest test was "only the first action," and threatened more could follow.

"If the US further complicates the situation with continued hostility, we will be left with no choice but to take even stronger second or third rounds of action," the ministry announced in a statement.

South Korean president Lee Myung-bak immediately convened an emergency meeting of the National Security Council, and the United Nations Security Council is set to discuss the matter at a 9 a.m. meeting in New York on Tuesday.

International condemnation of the test poured in — even from China, North Korea's most powerful friend. US President Barack Obama called for "swift and credible action by the international community," while China urged "all parties to respond calmly, solve the problem of denuclearization of the peninsula through dialogue and consultation in the framework of the six-party talks," according to a statement by the Foreign Ministry.

South Korea immediately condemned the test as a violation of UN resolutions, and as an "unacceptable threat," wrote the Yonhap News Agency.

On the ground, however, most Koreans carried on with their day without giving much thought to the blast.

US seismologists registered a 4.9-magnitude quake Tuesday morning that appeared to be of human origin, immediately leading to suspicions that North Korea had made good on itsrecent threats.

The country publicly confirmed that the test took place via a statement from the state-run KCNA news agency.

Pyongyang officials claimed that the nuclear device was "miniaturized" and that the test was conducted without "any adverse effect to the surrounding ecological environment."

North Korea had been sending mixed messages about the impending test, claiming in the Korea Herald earlier in the month that "The US and hostile forces jumped to conclusions that the republic is planning the third nuclear test, citing their hypothesis and argument," according to the Tongil Sinbo propaganda weekly.

On Monday, the US had imposed fresh sanctions on several countries "pursuant to the Iran, North Korea, and Syria Nonproliferation Act," the State Department said.