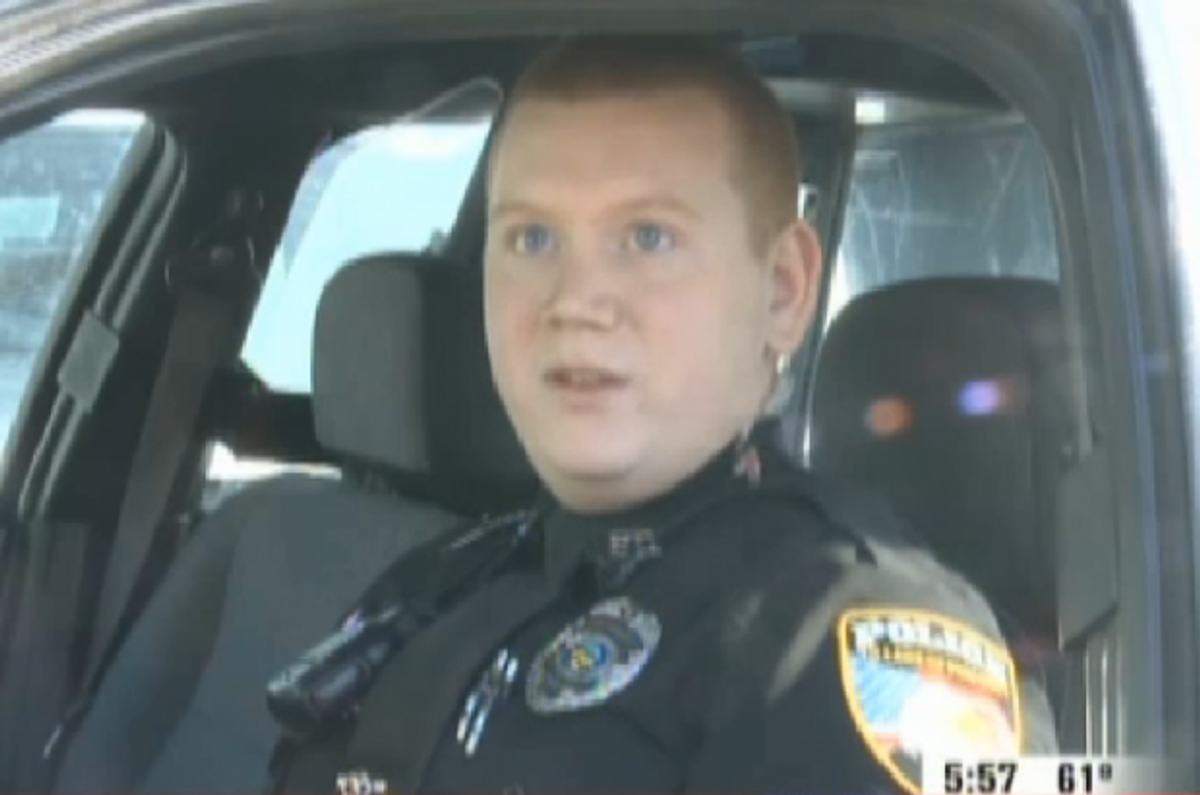 Ohio Mayor Mary McAngus submitted a letter of resignation Saturday after accusations that she called a gay police officer "queer" and repeatedly harassed him in front of his colleagues, according to the Associated Press.

As reported by the Columbus Dispatch, Pomeroy officer Kyle Calendine says McAngus referred to him as "queer" in official discussions, and that the mayor filed complaints when Calendine's partner stopped by the police station, even though officers' spouses are allowed to visit.

In a six-page sworn statement to the Pomeroy Village Council, Chief Mark E. Proffitt supported Calendine's allegations, according to the Dispatch:

"Proffitt wrote that McAngus called him into her office about two weeks after Calendine was hired. She said she heard “that Kyle was a queer” and asked what the chief was going to do about it. Nothing, he replied, because that would be discrimination.

Calendine remarked, “I’m an officer just like everyone else. I put my badge on every day and take the same risks … What I do during my 16 hours outside of work is nobody’s business.”