In a bipartisan vote of 78-22, the Senate reauthorized the Violence Against Women Act 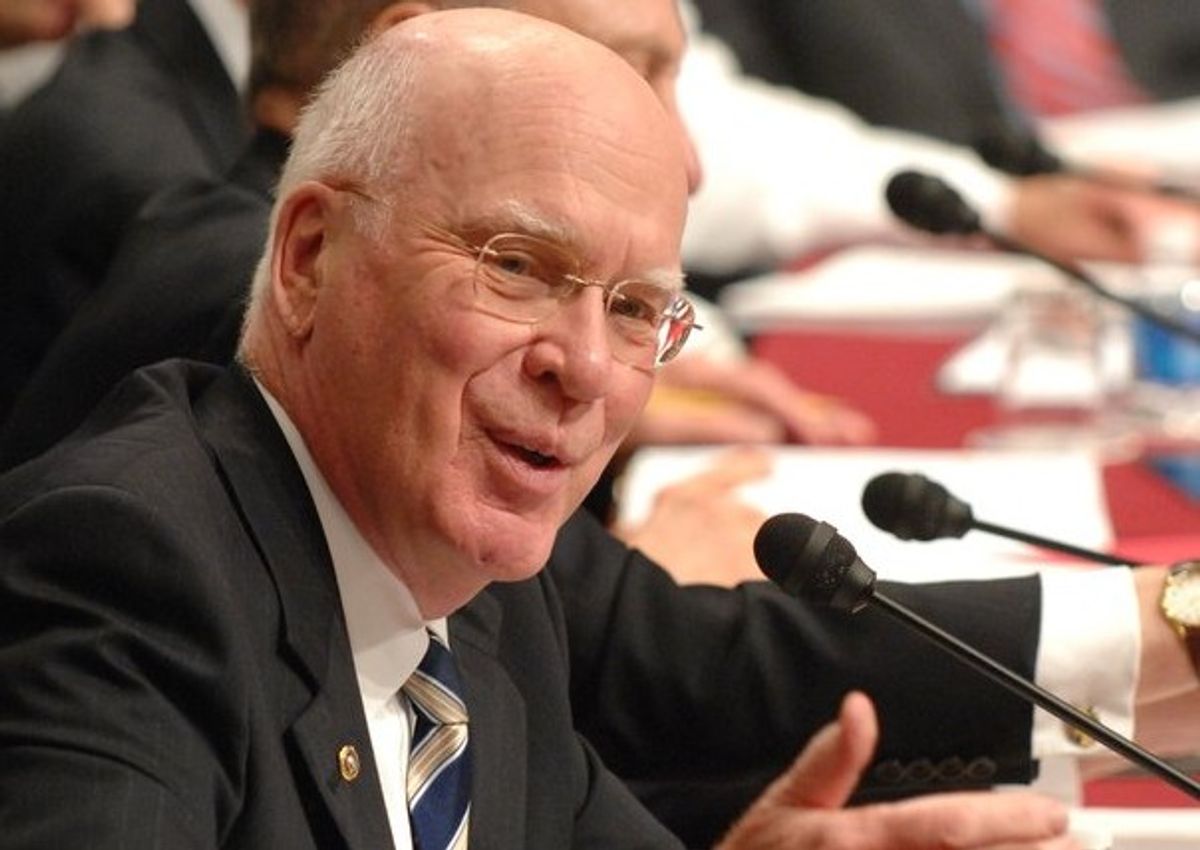 WASHINGTON (AP) — By a robust bipartisan majority, the Senate voted Tuesday to renew the Violence Against Women Act with new assurances that gays and lesbians, immigrants and Native American women will have equal access to the act's anti-domestic violence programs.

The 78-22 Senate vote to reauthorize the two-decade-old act that has shielded millions of women from abuse and helped reduce national rates of domestic violence turns the focus to the House, where Republican leaders are working to come up with their own version.

"Over 160 million women across the country are watching and waiting to see if the House will act on this bill and finally provide them the protections from violence they deserve," said Sen. Patty Murray, D-Wash.

The act expired in 2011, putting efforts to improve its many federal programs on hold. Last year both the Republican-led House and the Democratic-controlled Senate passed renewal bills, but they were unable to reach a compromise.

This year House Republicans, sensitive to their lackluster showing among women voters in the November election, have vowed to move expeditiously on the issue. House Majority Leader Eric Cantor, R-Va., has taken the lead in negotiating the terms of a House bill.

On Monday 17 House Republicans wrote Cantor and Speaker John Boehner, R-Ohio, urging immediate action. The act's "programs save lies, and we must allow states and communities to build upon the successes of current VAWA programs so that we can help even more people," they wrote.

The Senate bill, while promoted by Senate Judiciary Committee Chairman Patrick Leahy, D-Vt., and other Democrats, is cosponsored by a Republican, Mike Crapo of Idaho, and garnered 23 Republican votes.

During debate, the major divisive issue was a provision that allows tribal courts to prosecute non-Indians accused of assaulting Indian women on reservations. Republicans, arguing that subjecting non-Indians to Indian courts was unconstitutional, offered two amendments to strip that section from the bill, but both were defeated.

Sen. Maria Cantwell, D-Wash., who chairs the Indian Affairs Committee, said Indian women are raped and assaulted at 2½ times the national rate, and less than 50 percent of domestic violence cases on reservations, often far from federal courts, are prosecuted. "This is about the life and death of women who need a better system to help prosecute those who are committing serious crimes against them."

Supporters of the bill say a 1978 Supreme Court decision that denies Indian tribes the power to try non-Indian citizens makes an exception for proceedings that are acceptable to Congress. The National Task Force to End Sexual and Domestic Violence Against Women says the provision is tailored to make sure that all rights guaranteed under the Constitution are given to non-Native defendants.

The Indian court issue is expected to be a hurdle as lawmakers try to reconcile the Senate bill with the eventual House bill. Two House Republicans — Reps. Tom Cole of Oklahoma, who is of Native American heritage, and Darrell Issa of California — have been pushing a compromise that would give defendants the right to request that their trial be moved to a federal court if they felt they were not getting a fair trial. Others have argued that those tried in Indian courts should have better defined rights to appeal to federal courts.

The original 1994 Violence Against Women Act, also known as VAWA, was negotiated by Vice President Joe Biden, then a senator from Delaware, and Biden has been in contact with Cantor in the efforts to come up with a new bill.

The White House, which supports the Senate bill, says that among the positive changes created by VAWA are a decline in intimate partner violence by 67 percent between 1993 and 2010 and an increase in victims reporting domestic and sexual violence to police, resulting in more arrests.

The act provides grants to state and local authorities for legal assistance, transitional housing, law enforcement training, stalker databases and domestic violence hotlines. The Senate bill extends the act for five years and provides $659 million for VAWA programs, down 17 percent from the last reauthorization in 2005.

The legislation includes a provision, backed by a bipartisan group headed by Sen. John Cornyn, R-Texas, that would speed up the analysis of DNA evidence in rape cases. There's now a rape kit backlog estimated at 400,000, with evidence that might link an assailant to a victim now sitting on police department shelves for months and even years.

The Senate on Tuesday also approved an amendment by Leahy reauthorizing a law that funds programs to combat human trafficking both inside and country and around the world.