What really goes on inside rehab 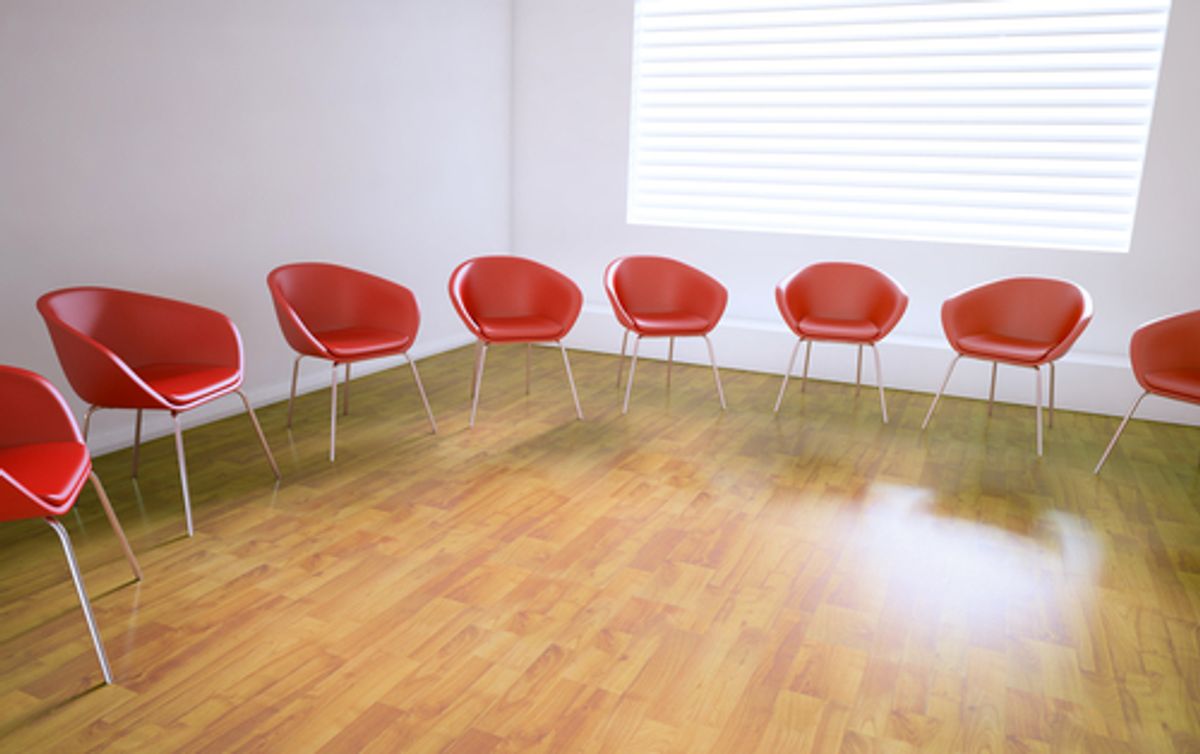 Anne M. Fletcher’s new book, Inside Rehab—out this week—is a no-holds-barred report on addiction treatment in America today. Fletcher, who struggled in the past with her own drinking problem, got involved in the rehab field a decade ago after writing Sober for Good, a book about long-term recovery. While only a brief section of Sober for Good focused on treatment, Fletcher was “astounded” by the shortcomings she discovered.

About five years later, a massive amount of media coverage focused on hot-mess celebrities like Britney Spears and Lindsay Lohan, as they bounced in and out of pricey rehabs, stirring up misconceptions about addiction treatment. “I said, someone needs to write a book about what really goes on in rehab,” Fletcher tells me. Turns out that someone was her.

Inside Rehab dives deep into the four years Fletcher spent visiting treatment programs all across the country, interviewing hundreds of treatment clients and staff. The book offers a unique perspective, both for rehab veterans and for those who have no idea what the experience is like. So Fletcher is highly qualified to talk about the biggest problems in the addiction-treatment industry, what to look for in a rehab, and what the ideal system should look like.

Anne M. Fletcher: I think that there have been changes in the field for the better. Even when I wrote Sober For Good, a lot of approaches to addiction treatment were not compassionate and they were confrontational, and there was this old notion that you tear down the addicts and you build them back up. And that approach to treatment was found to be among the least effective in research studies. If nothing else, that has changed greatly [since then]; I saw no overt confrontation in any place that I visited. But I did hear some accounts from people in places that I didn't visit that vestiges [of that approach] remain.

What surprised or alarmed you most during your research?

There still is a refusal on the part of quite a few programs to use medications that have been shown to be helpful for people with addiction. And one of the most striking is not using maintenance medications such as methadone and suboxone for people who have opioid addictions. Over and over again it’s been shown that people do far better when they are put on maintenance medications for opioid addiction. So that was disturbing, the places that still hold to that philosophy. One prominent program said to me, “Oh, that’s a recipe for disaster.” And that thinking is disturbing.

You write that the vast majority of treatment centers are loyal to a certain type of treatment, regardless of shortcomings or the evidence of what actually works. Why is this?

There’s very little support for things like … having the clients sit there being lectured, [or] some things that go on like getting out your secrets, writing in-class letters to people, having your family members write you impact letters, having strict rules about fraternizing, [when] the males and the females can’t interact with each other. But [these things] are mainstays of many treatment programs. There seems to be this thinking [of], “Well, we have always done it this way,” and it still goes on.

The way most medicine comes about is that you have various treatments and you test them and see if it’s effective and then you implement it. And it seems like many things in addiction treatment have happened the other way around. They evolved because they kind of came out of the 12-step movement and addicts helping other addicts. And then they evolved into treatment programs—I think in part because the medical system didn't want to deal with addicts, [which is] unfortunate.

And it was really interesting because the academic community wasn't talking to the treatment community, and one positive thing that’s happened since I wrote that book is that the two seem to be coming together more.

You've dealt with your own drinking problem in the past. What are your thoughts on AA?

It’s been helpful for a lot of people and I don’t think the problem is with the downfalls of AA. Part of the problem is that the medical treatment industry adopted AA … lock, stock and barrel as the mainstay of treatment. What I discovered in writing the book is that a lot of the things that people [in treatment] complained about having to do with AA were not actually part of AA. For example: Bill W. never said that AA was the only way, but many people told me that they felt that in treatment they were led to believe that if they didn't get the program, they were going to fail.

Do you think residential or outpatient rehab is better?

The research has shown over and over again that they are pretty much equally effective. And outpatient treatment tends to be significantly less expensive. In [my] book, expert Dr. McKay [says that residential rehab] is a treatment model that really should be limited to a very, very select few people. Everybody else, for the most part, should go to outpatient treatment because it helps people deal more with the real world.

A model that some people feel is better … is to have people [attend] outpatient treatment and then go home to a sober house where there is testing to see that they are being sober, where there might be some kind of structure. The problem is we don’t have good regulation of sober-living [houses], and we don’t have third-party reimbursements for them usually.

What would your ideal rehab treatment plan look like?

It depends on how severe the problem is. First, get an assessment, ideally from an independent person who has expertise with substance-abuse disorders. They could give you some sense of what your options will be for treatment. They would not have a vested interest of where they might send you.

One of the issues with addiction treatment is that it’s all group-based. What other mental-health disorder do you know of where you all sit around in groups and talk about your problems? There is no evidence that that’s the ideal model for addiction treatment.

It’s the same thing with weight control: Groups can be great, but a lot of people don’t want to sit in Weight Watchers and talk about their problems. They want to go to a place like Jenny Craig where they have one-on-one therapy.

Whoever said that we should all sit around in groups and talk about our addictions? There is very little individual counseling in most of these treatment programs. Some of the outpatient programs have almost none, and lots of people told me that they didn't get well until they went to either an individual counselor or a non-traditional program where the treatment was predominantly one-on-one.

My friend’s dad just checked into rehab for the first time, so she's just being introduced to all of this. What advice would you offer people who are just starting to deal with these problems?

For somebody already [in rehab], continue to ask questions. You have to be the squeaky wheel, because if not, the treatment is often one-size-fits-all. One woman said to me at an expensive rehab that at night they all tended to be doing the same homework assignments.

If you know that your loved one struggles with depression or anxiety, [you should ask] how is that problem going to be addressed? How are we going to be involved as a family? What’s going to happen after he or she reappears? How can we continue this for the person?

What else struck you while researching Inside Rehab?

There are a number of rehab staff and administrators I met who were unfamiliar with things that I thought they should have been familiar with. Number one, they were not familiar with alternatives to AA at all. They had not heard of SMART Recovery, Women for Sobriety, Secular Organizations for Sobriety, or they were misinformed about them, like, “Oh, that’s a moderation group.” But no, they are all abstinence-based groups. One woman at one of the 12-step-based rehabs said to me that in a lecture it was mentioned that there were alternatives to deal with addiction and she raised her hand and asked what they were and was met with silence. And she was angry about that.

In part we are talking about informed consent here. If you have breast cancer or heart disease, you go to your doctor and he tells you about what your surgical or treatment options are. “You can have bypass surgery, you can have angioplasty, you could have a stent.” And if one thing doesn’t work, they don’t keep doing the same thing over and over again, they modify the treatment. Well, that tends not to happen in traditional rehab. You keep going back, but the treatment is not modified much at all the third, fourth, and fifth times that you go back—and you’re blamed if the treatment fails. If a 12-step-based treatment approach doesn't work for you the first time around, … then maybe you should refer a person to a completely different program.

The other thing that surprised me was that only one program was using the Community Reinforcement and Family Training approach that has been shown to be most effective in research studies.

Another thing that was really intriguing, and I did not expect to find this: I had been told a lot of those myths about treatment, that the more money you spend, the better your treatment is—but that’s not necessarily true. I was really surprised at the quality … of some of the low-income, community-based outpatient programs. [In some cases, these] provide treatment that is more state-of-the-art, science-based and comprehensive than that provided by prominent programs in this country.