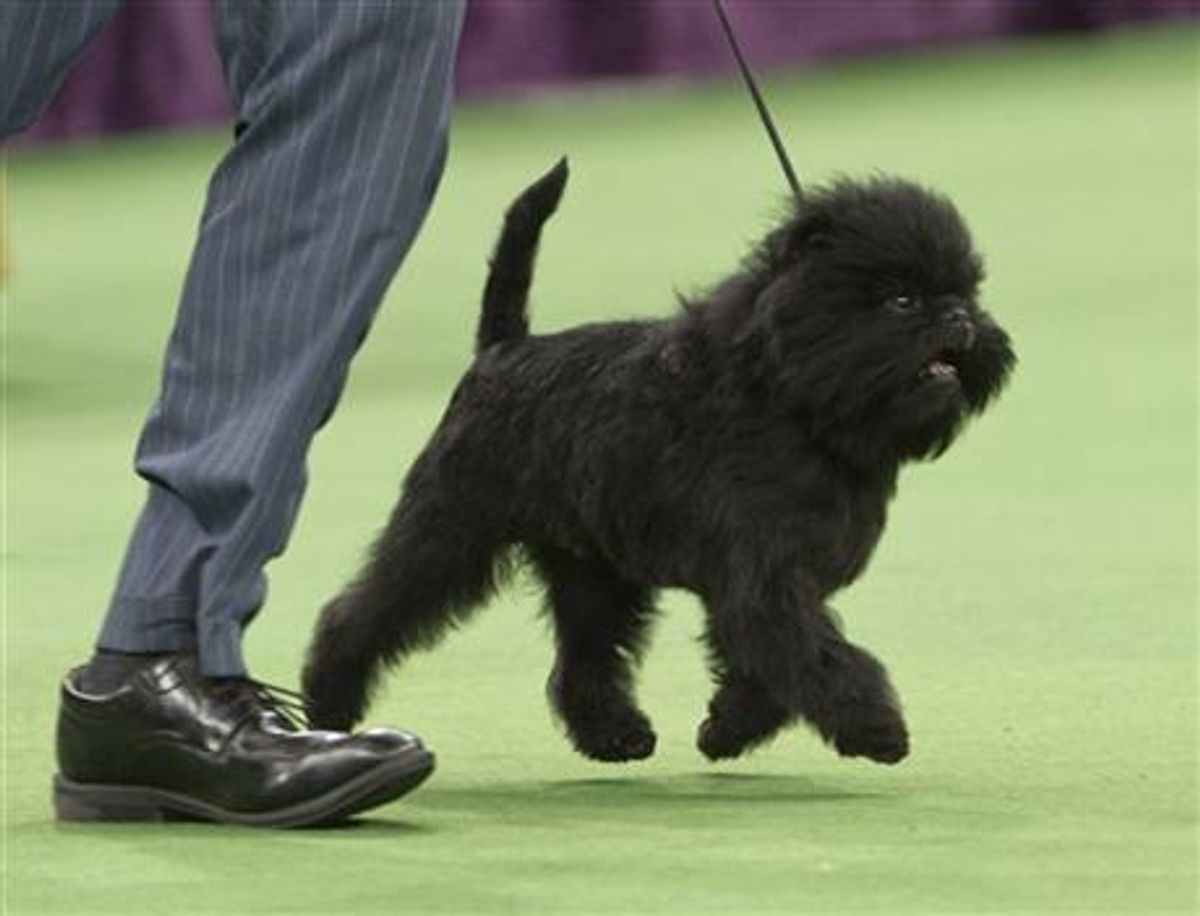 NEW YORK (AP) — The Best in Show winner at the Westminster Kennel Club Dog Show is heading to Broadway. Not to see a show — to be in one.

The Roundabout Theatre Company said Banana Joe, the 5-year-old affenpinscher who emerged triumphant Tuesday at America's premier dog competition, will appear for one night only in "The Mystery of Edwin Drood" on Wednesday.

The dog will replace Macaco, the 5-year old Maltese-Yorkie mix that is the real-life pet of actress Stephanie J. Block. The role requires very little: Block at one point appears to bolt from the theater in a huff while carrying a dog.

"Drood" and the revival of "Annie" are the only Broadway shows that currently feature live animals. Later this spring, a cat joins the fraternity when "Breakfast at Tiffany's" opens.