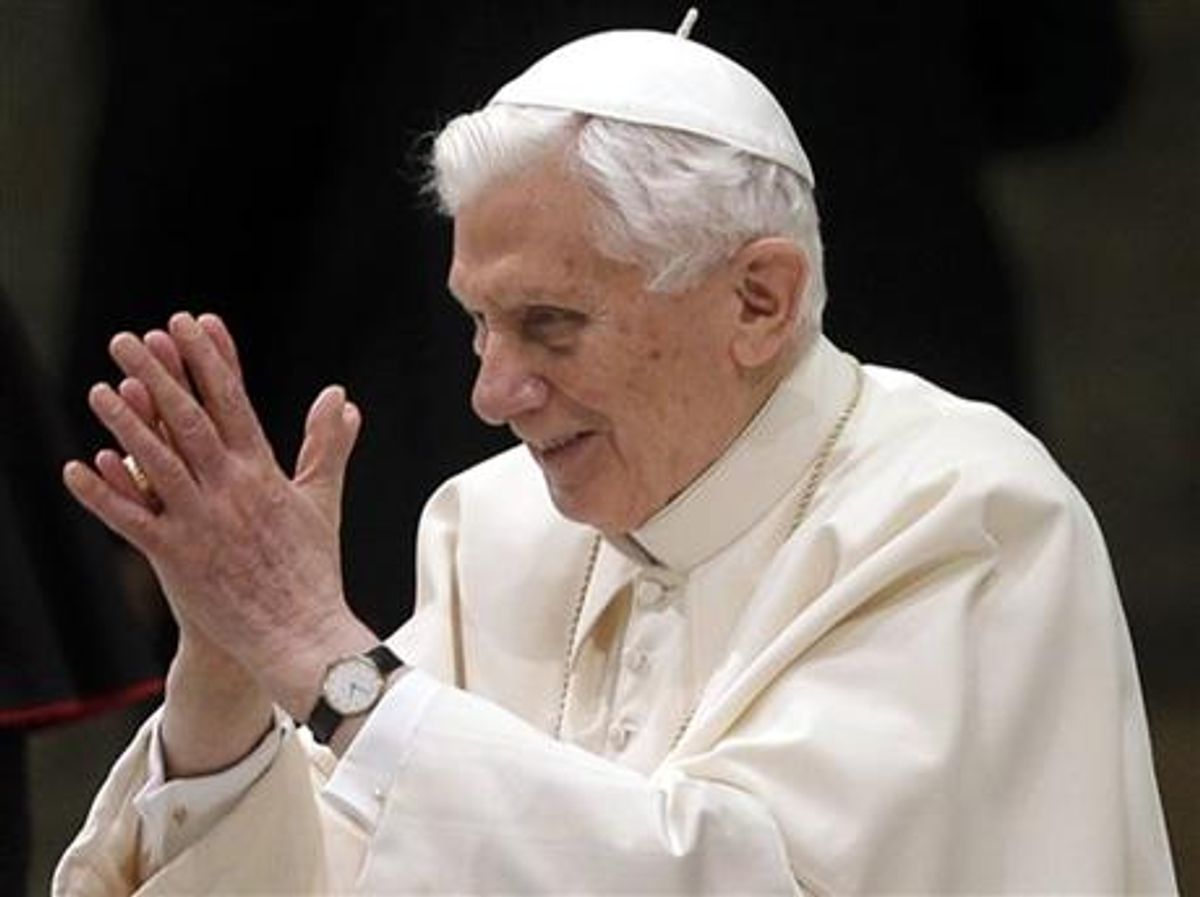 VATICAN CITY (AP) — The Vatican says Pope Benedict XVI will spend his final day as pontiff attending a morning farewell ceremony with his cardinals, then fly off by helicopter in the early evening to his papal summer residence in Castel Gandolfo.

That timetable means Benedict will be far from the Vatican when he ceases being pope at 8 p.m. on Feb. 28.

Vatican spokesman the Rev. Federico Lombardi said Wednesday that no formal or symbolic act was needed to make his resignation official at that time, because Benedict had already done all that was required to resign under church law by affirming he had taken the decision freely.

Benedict's final official acts as pope will include audiences with the Romanian and Guatemalan presidents this week and the Italian president on Feb. 23.