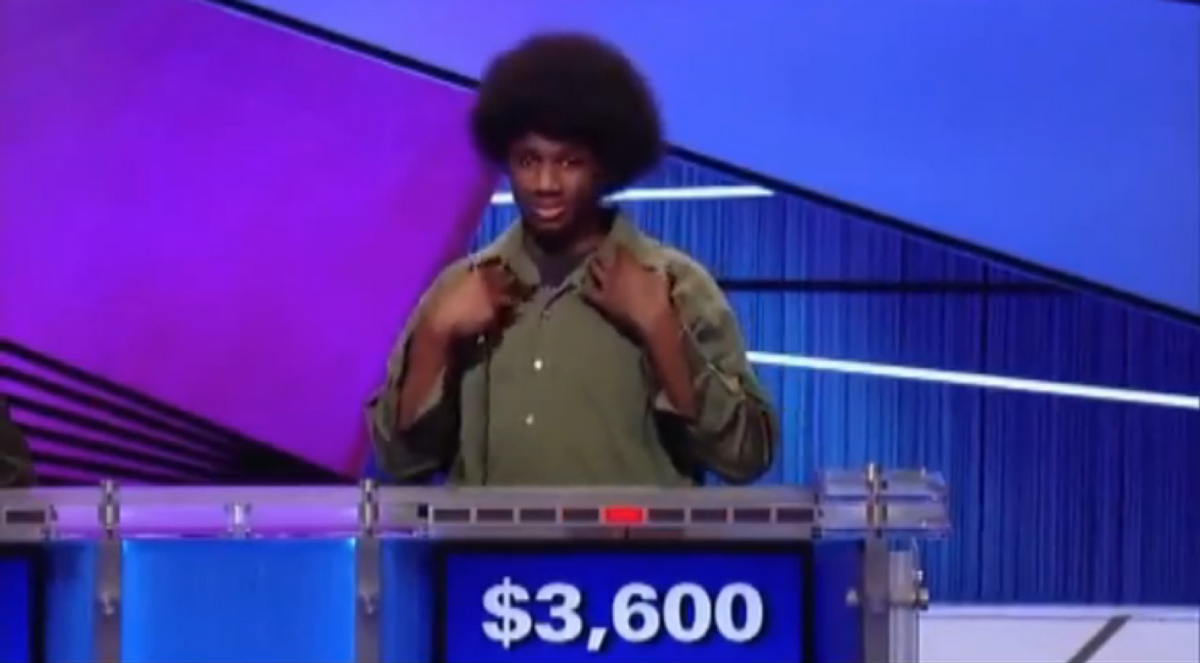 Leonard Cooper, a 17-year-old from Little Rock, Ark., won the "Jeopardy!" Teen Tournament Tuesday night in style. After risking $18,000 on a Daily Double -- a move that even the stoic Alex Trebek conceded was "gutsy" -- he rode a comfortable lead until Final Jeopardy!, where his victory was all but mathematically guaranteed. Cooper didn't have a correct answer for the final question ("On June 6, 1944, he said, 'the eyes of the world are upon you'"), but what he scribbled down was infinitely more memorable ("Who is some guy in Normandy. But I just won $75,000!"). Dwight D. Eisenhower would be proud.