Stop calling us wives and moms 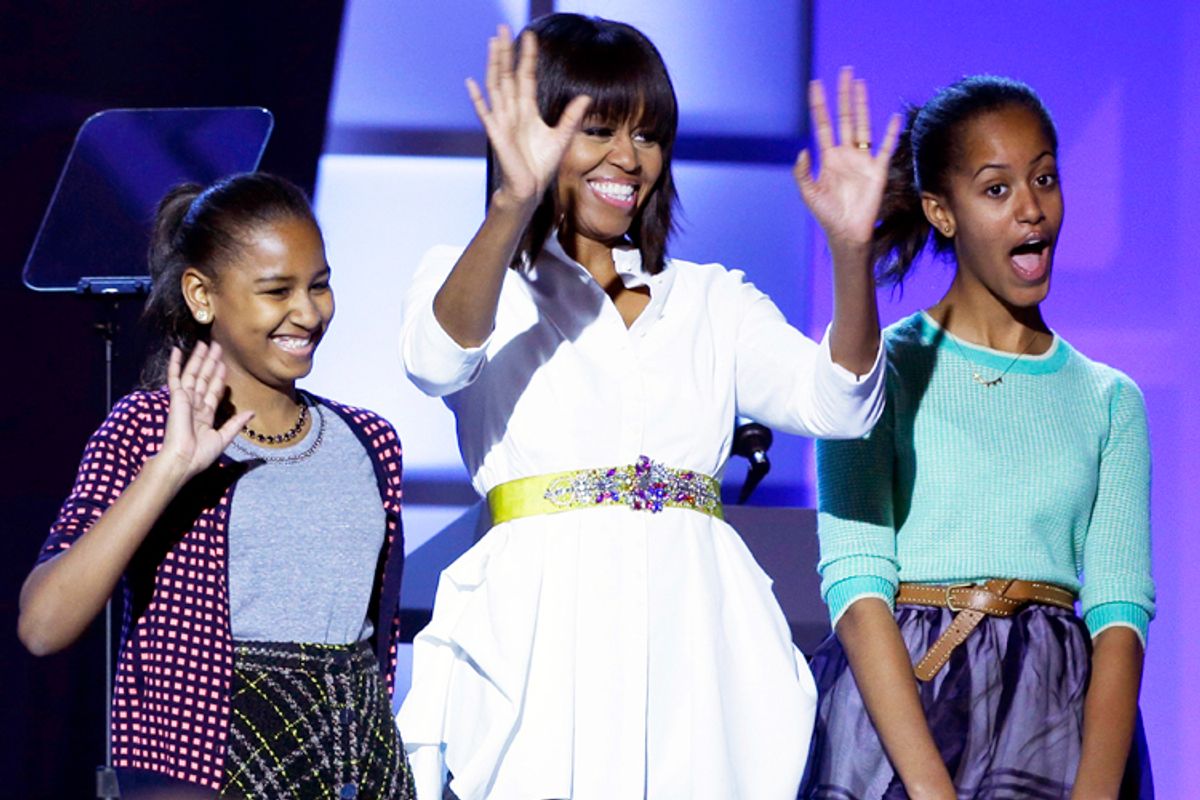 In the wake of President Barack Obama's State of the Union, a petition is taking him to task for his habit of framing women's equality as a struggle to protect the rights of "wives, mothers, and daughters." The campaign was inspired by one line in particular from last night's speech in which Obama said, "We know our economy is stronger when our wives, mothers, and daughters can live their lives free from discrimination in the workplace and free from the fear of domestic violence."

A totally righteous argument, right? But the petition, which has 716 signatures at the time of this writing, says that this sort of language is "counterproductive to the women's equality the President is ostensibly supporting." It goes on to explain, "Defining women by their relationships to other people is reductive, misogynist, and alienating to women who do not define ourselves exclusively by our relationships to others. Further, by referring to 'our' wives et al, the President appears to be talking to The Men of America about Their Women, rather than talking to men AND women."

Of course, Obama's larger message, as he went on to say, was that in addition to passing the Violence Against Women Act, Congress should "declare that women should earn a living equal to their efforts, and finally pass the Paycheck Fairness Act this year." With his "wives, mothers, and daughters" rhetoric, he was largely addressing Congress, which is predominantly male -- and Republican men are especially in need of convincing on this. So some might argue that it's simply a smart strategic move in service of the greater good, even if it's alienating to women.

But it's also a refrain Obama has turned to time and again. In fact, at one point in last night's SOTU he said, "We will draw upon the courage and skills of our sisters and daughters, because women have proven under fire that they are ready for combat." There was also the "Father Knows Best" paternalism of his argument for restrictions on emergency contraception in 2011. (Not to mention how first lady Michelle Obama presented herself, as Rebecca Traister wrote, "precisely as she needed to in order to be digested by the American people: as a daughter, a sister, a wife, a mother.") As Melissa McEwan, who started the petition, writes on her blog Shakesville, this makes it sound like Obama is "not speaking to those wives, mothers, daughters, and any women who are none of those things and/or do not define themselves that way" -- and that's not to mention the women who are in Congress.

On the Daily Kos, McKenna Miller -- a man, or rather son -- makes an excellent comparison to rhetoric about gay rights, "The reason to fight homophobia isn't because 'you've got a gay friend,' it's because it's simply the right thing to do. The reason why a woman is valuable isn't because she's someone's sister, or daughter, or wife, it's because of the person she is unto herself."