Should Carnival Cruise Lines have seen this coming? A prior voyage was delayed because of propulsion problems 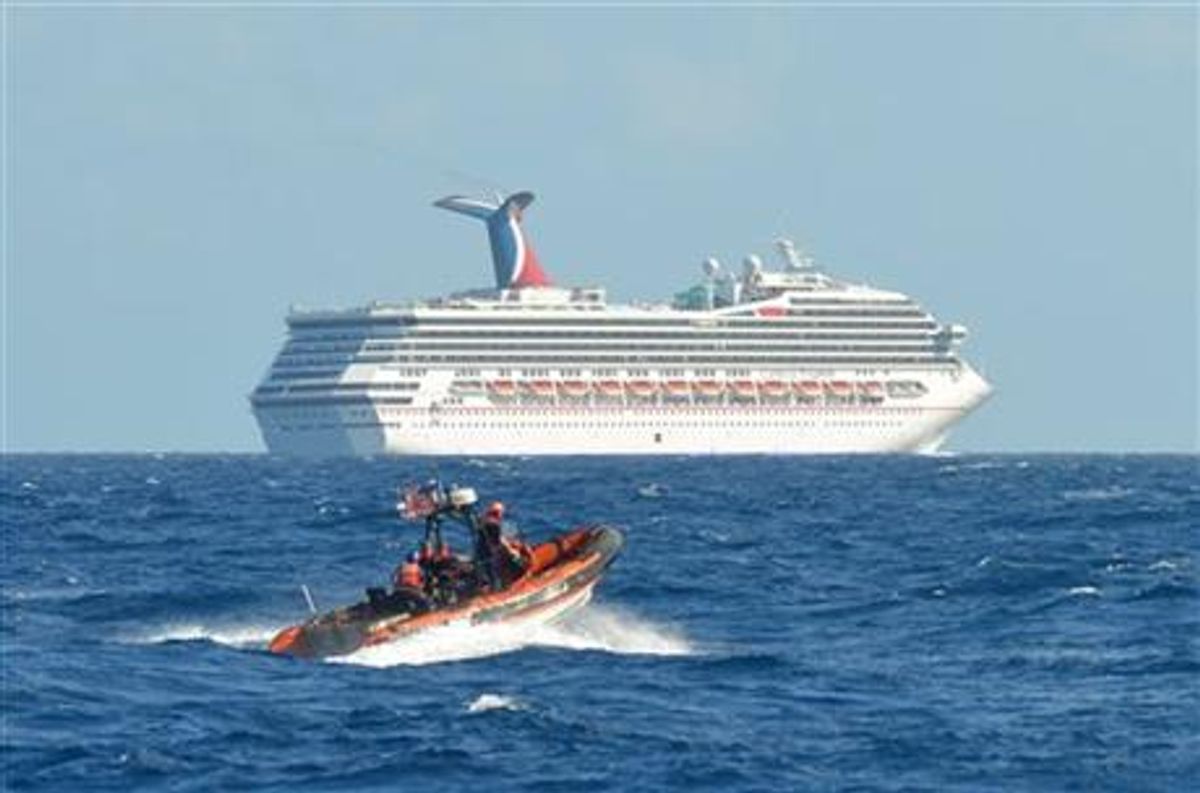 HOUSTON (AP) — The disabled cruise ship under tow in the Gulf of Mexico has had other mechanical problems in recent weeks, including one that delayed its departure on a previous voyage from Galveston late last month.

Debbi Smedley, a passenger on a Triumph cruise that left Galveston on Jan. 28, said she received an email from Carnival Cruise Lines hours before the scheduled departure stating the ship would leave late because of a propulsion problem. Passengers were asked to arrive at the port at 2 p.m., two hours later than originally scheduled.

The ship did not sail until after 8 p.m., she said.

"My mother is a cruise travel agent so this is not my first rodeo. I have sailed many, many cruises, many, many cruise lines. This was, by far, I have to say, the worst," said Smedley, of Plano, Texas.

On its most recent journey, the Triumph lost power Sunday after a fire in the engine room. The ship floated aimlessly until Tuesday when two tugboats met it in the Gulf of Mexico and began towing it to Mobile, Ala. Some of the more than 3,100 passengers aboard have told relatives they are living in filthy conditions and have limited access to food and bathrooms. Carnival disputes those accounts.

Weather permitting, the Triumph should arrive in Mobile sometime Thursday. The ship is also carrying more than 1,000 crew members.

Carnival spokesman Vance Gulliksen acknowledged the Triumph's recent mechanical woes, explaining that there was an electrical problem with the ship's alternator on the previous voyage. Repairs were completed Feb. 2.

Testing of the repaired part was successful and "there is no evidence at this time of any relationship between this previous issue and the fire that occurred on Feb. 10."

According to the email sent to passengers on Jan. 28, the issue affected the ship's cruising speeds, delaying its arrival in Galveston. The email also informed Smedley and other passengers that the propulsion problem would prevent them from docking at two ports.

"I am sorry to say due to the limited cruising speed our itinerary will be impacted. Depending on the progress of the repairs, we will either visit Progreso or Cozumel," stated the email, signed by Vicky Rey, vice president of guest services. "The good news is that we will remain docked overnight at either port."

Smedley said the ship was in poor condition overall. During her five-day cruise, a water line broke in the hallway ceiling near her cabin, and a separate sewer line broke outside the main dining hall, she said. Metal was protruding from handrails on the staircases, and the elevators were often not operating.

Rather than docking in Progreso for only a few hours as planned, the ship stayed in the port for two days, and cruise workers repeatedly told passengers they were waiting for parts to fix a mechanical problem, she said.