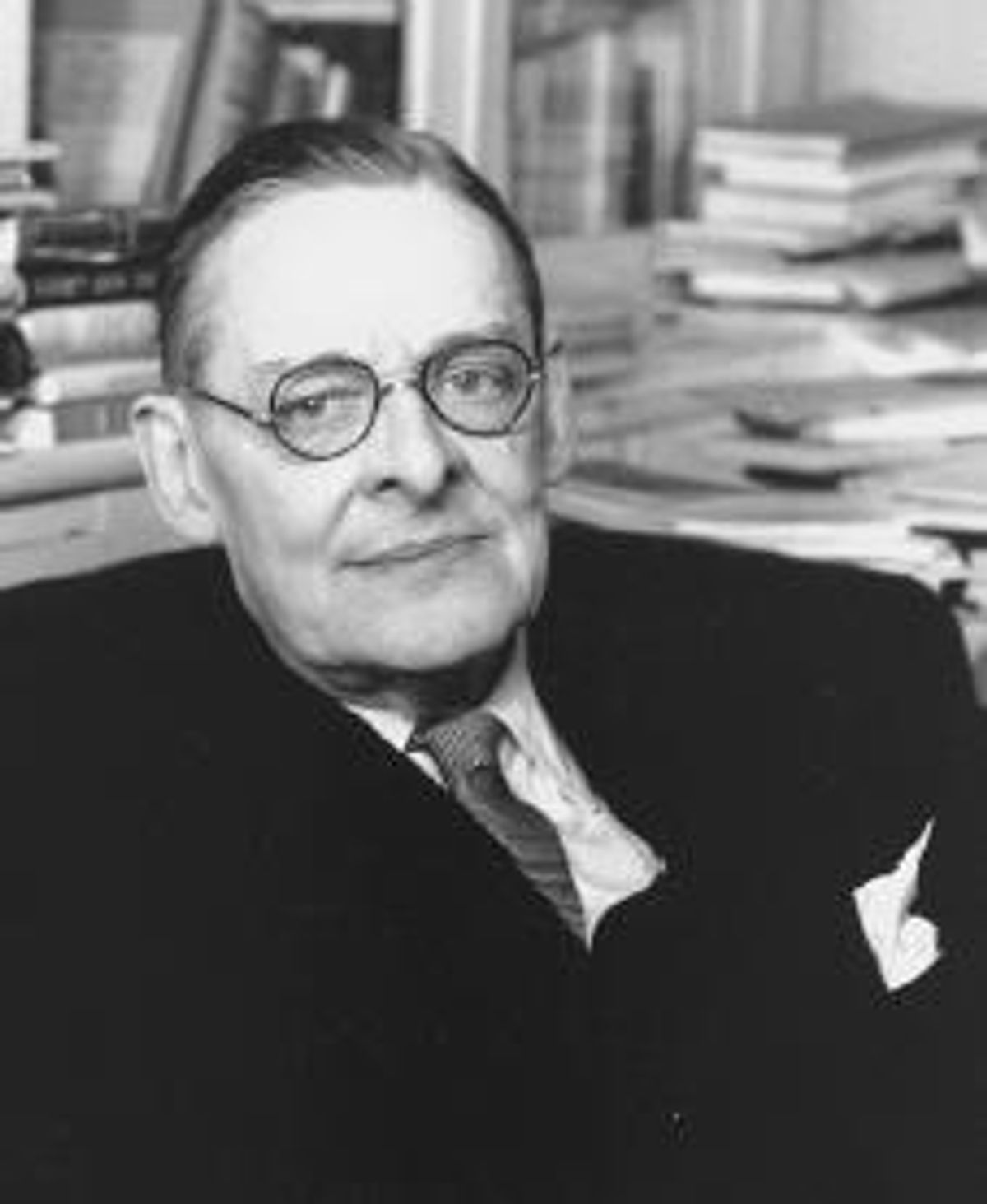 A letter written by T.S. Eliot — publisher, playwright, literary critic and one of the most important poets of the 20th century — has emerged, after being hidden for 40 years, reports BBC News.

The letter was addressed to his friend Jacob Isaacs, an author and lecturer at Queen Mary, University of London in 1957; the academic's archives, which were part of a collection donated to Queen Mary by Isaacs' wife upon his death in 1973, were being cataloged when Eliot's correspondence was discovered. In it, he asked Isaacs about an essay Eliot had written about Shakespeare. Eliot, a Shakespeare scholar, published his milestone essay on the Bard, "Shakespeare and the Stoicism of Seneca," in 1927; it was originally written as an address he delivered before the Shakespeare Association in March of that year, which looked at the way the popularity of the Seneca's tragedies in Elizabethan England influenced Shakespeare's writing. The essay was due for a reissue in 1957, which is what prompted the poet/scholar to get in touch with Isaacs.

In the letter, he asks his friend if he could "throw any light" on the identity of Webster — referred to in the essay — but Eliot couldn't remember. "Incidentally, I do not even remember whether I meant Sam Johnson or Ben Jonson," he writes. "It is Jonson in my text, but is this a misprint? No one will ever know."

Typed on Faber and Faber-headed paper, the letter appears to have been written at the publishing house where Eliot was on staff as an editor.

Eliot was born in St. Louis in 1888 but moved in 1914 to the U.K., became a naturalized citizen in 1927 at age 39, and settled in London. In 1948, the poet best known for "The Wasteland, "The Love Song of J. Alfred Prufrock," "Hollow Men" and "Old Possum's Book of Practical Cats," which inspired Andrew Lloyd Webber's musical "Cats," won the Nobel Prize for literature. The writer was torn over whether to allow public access to his private letters after his death. "I don't like reading other people's private correspondence in print, and I do not want other people to read mine," he said in 1927.

But six years later, he admitted he had an "ineradicable" desire for his letters to reach a wider audience. "We want to confess ourselves in writing to a few friends, and we do not always want to feel that no one but those friends will ever read what we have written."