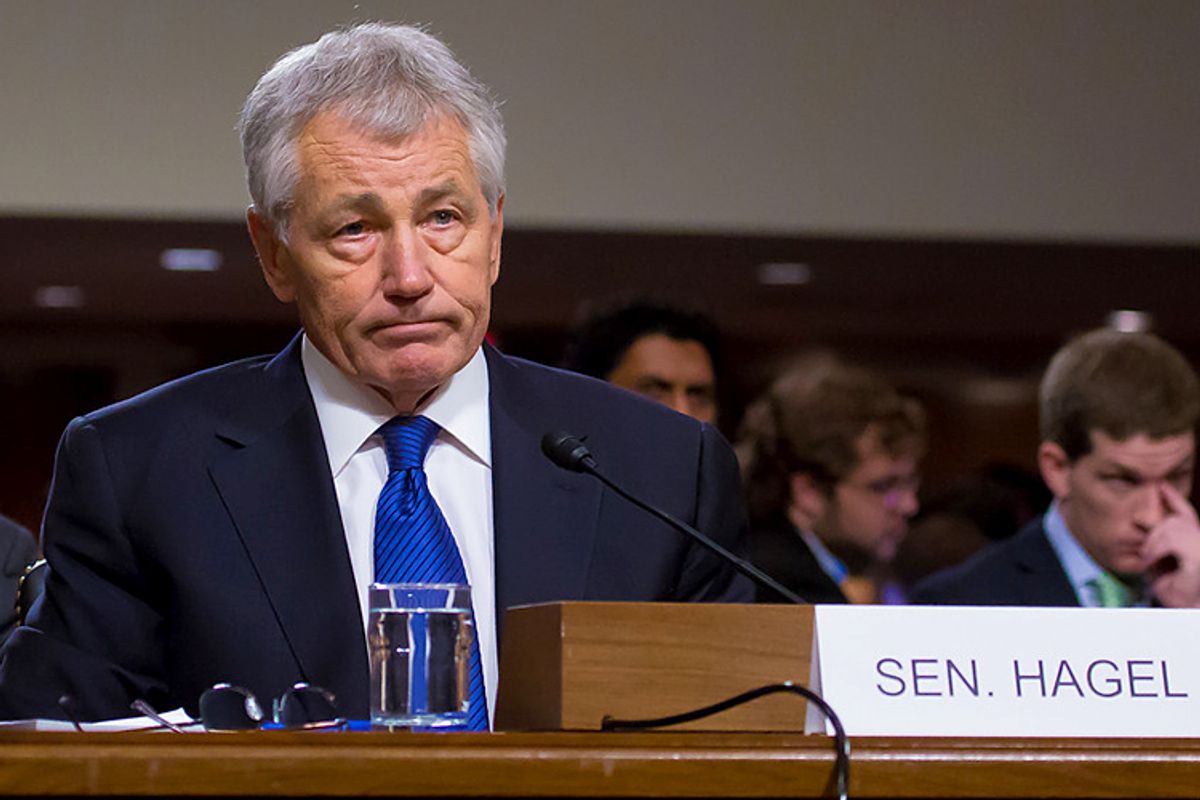 If there’s any doubt remaining that we’ve ventured into uncharted territory on the use of the filibuster, this should put it to rest.

Senate Majority Leader Harry Reid this afternoon filed a cloture motion to break the Republican filibuster and end debate on the nomination of Chuck Hagel to head the Department of Defense.

“This is the first time in the history of our country that a presidential nominee for secretary of defense has been filibustered. What a shame. But that's the way it is,” Reid said on the Senate floor.

The move, while unprecedented, was not unexpected. It means that Democrats now need 60 votes to get Hagel confirmed, which could be a tall order, as only two Republicans have said they’ll vote for their former Senate colleague. But as Steve Kornacki pointed out, Arizona Republican Sen. John McCain may vote on cloture to help Dems get to 60, even though he will probably vote “no” on the final confirmation vote. Others senators concerned about the dangerous precedent set by the Hagel filibuster may join him.

Here’s what happens next: Under Senate rules, the cloture vote will occur within an hour of when the Senate convenes on Friday. Cabinet nominees were not included in the agreement reached last month to limit the filibuster and shorten the cloture process. If that vote is successful, there can be up to 30 hours of post-cloture debate. Depending on how much of that time Republicans want to use, the final vote will happen any time between shortly after the cloture vote Friday and late on Saturday afternoon.

Reid presumably believes he has the 60 votes necessary for cloture, or else he would likely not proceed with this route. And if he does have the 60, it probably means he also has 51 needed for final passage, even if some senators like McCain vote only on the former.

Bottom line: Hagel-mania will be over by the time you go out for drinks Saturday night, one way or the other.