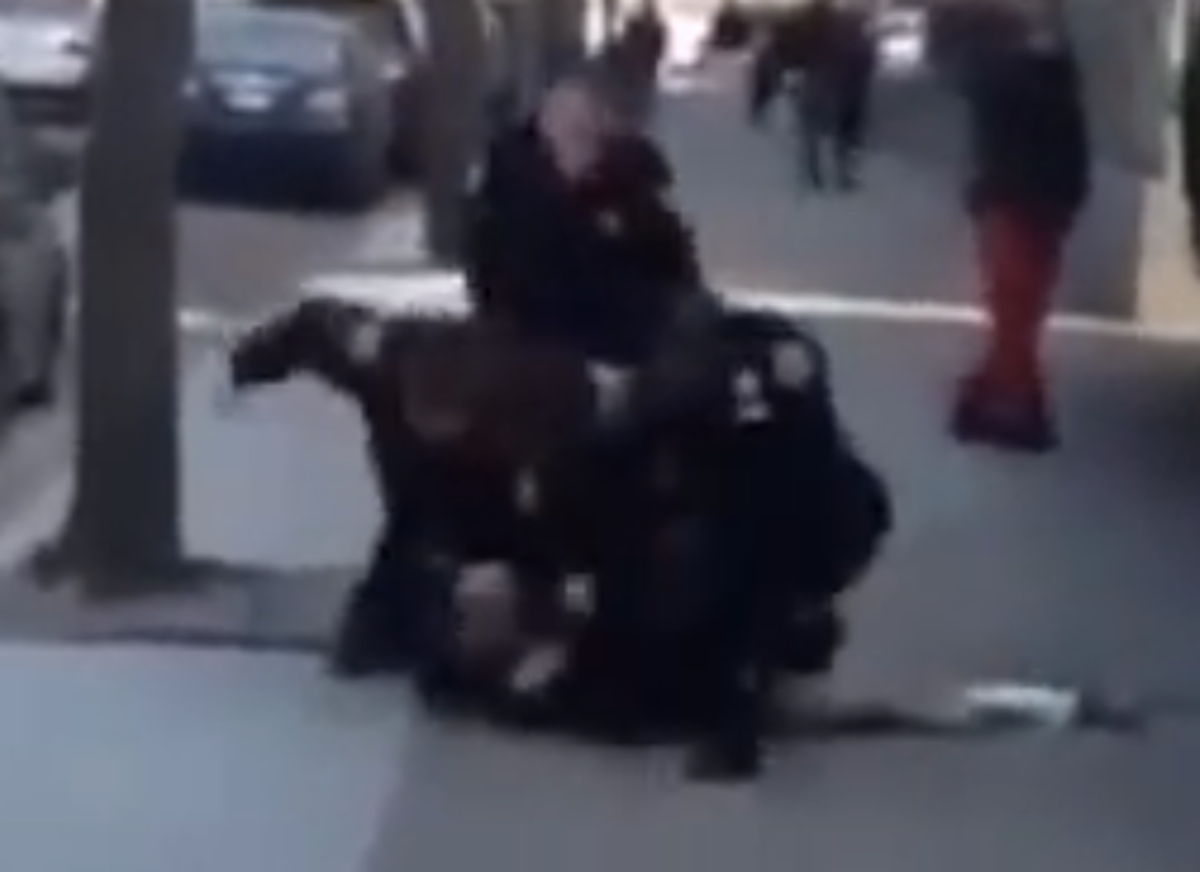 A video garnering viral attention Wednesday appears to show NYPD officers piling on top of Queens teenager Robert Jackson. The footage, caught on a cell hone in early January, shows two officers restraining the 19-year-old outside a YMCA. "I can't, I can't, please stop," the young man can be heard shouting while police demand he puts his hands over his head when he is pinned to the pavement.

The number of officers around the young man then increases to seven, and a number can be seen delivering punches and kicks to the restrained suspect. According to the New York Post, police arrested Jackson and charged him with obstructing governmental administration, resisting arrest, unlawful possession of marijuana and disorderly conduct. But Jackson is taking his case to the Civilian Complaint Review Board. His lawyer, Jacques Leandre, said he wants the charges to be dismissed because his client is “an innocent victim of police brutality.”

According to HuffPo, "photos released to the press show a gruesome, crescent-shaped wound that the 19-year-old sustained in the incident as his left cheek was ground into the cement sidewalk."