Thank the War on Drugs for your Valentine's Day roses

Flower-selling was supposed to be an alternative to the cocaine industry. Instead, it's a source of exploitation 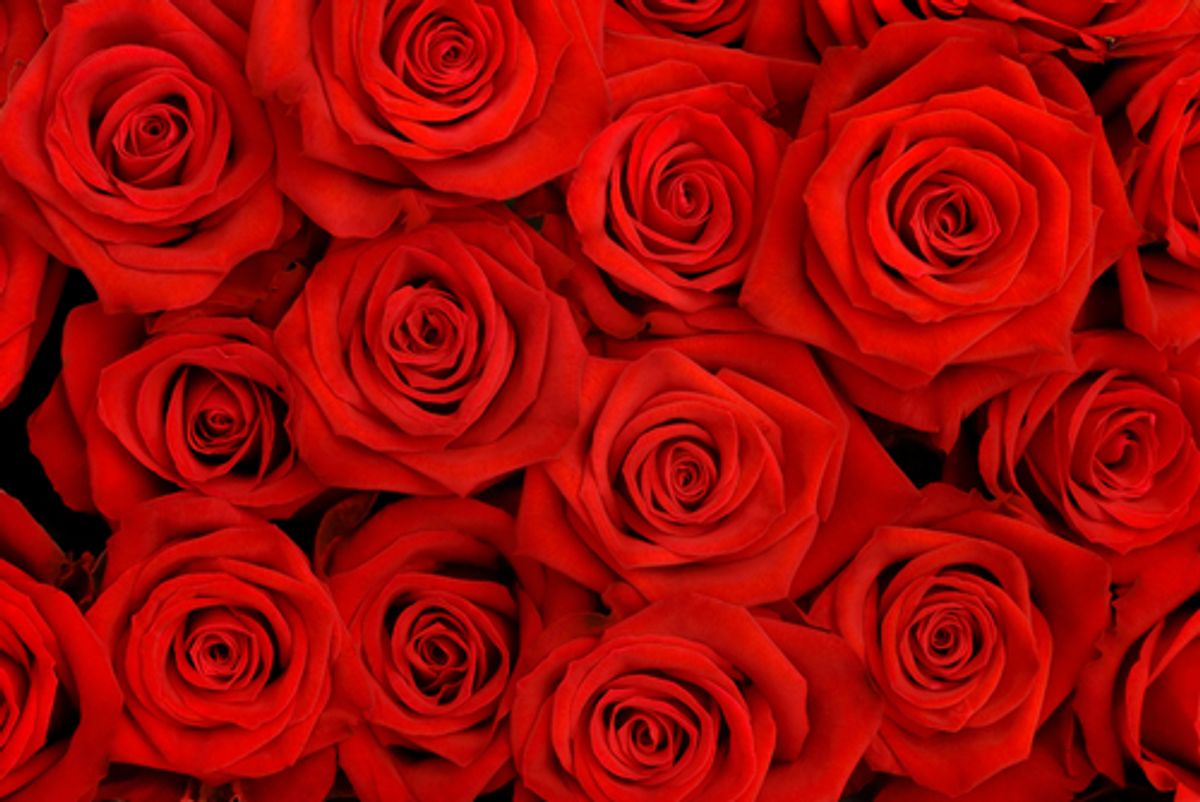 When your love hands you a gorgeous bouquet of large, red, long-stemmed roses this Valentine’s Day, as any botanist will tell you, you’re getting a bunch of sex organs. Although the roses are more beautiful, fragrant and socially acceptable than other methods that might get the same point across (just ask former Congressman Anthony Weiner), there’s a lot more to those roses than meets the eye.

Unfortunately, the romancing of women in the United States often means the exploitation of women in countries like Colombia and Ecuador.

The preference the U.S. gives Colombian and Ecuadorian flower exports has a lot to do with another export from those nations: cocaine. By 1990, South American imports already accounted for more than 40 percent of roses sold in the United States. Then, in 1991, Congress passed the Andean Trade Preference Act. The idea was simple: maybe if we help cocaine-producing nations sell us other things, like roses, they’ll be less interested in selling us cocaine.

Back then, a wholesale rose sold in San Francisco for about 52 cents. How could it compete with a rose imported to Miami from Colombia, tariff-free, that sold for as little as 6 cents? By 2007, 60 percent of all flowers sold in the U.S. – including 70 percent of all roses – came from Colombia. Simultaneously, 85 percent of Colombia’s flowers were sold to the U.S.

In Colombia, most roses are grown in an area known as the Savannah of Bogota, an area around the capital at an altitude of 8,000 feet. There, the floriculture industry has covered thousands of hectares with plastic greenhouses to grow roses and sucked up much of the groundwater to irrigate them. Nearby springs, streams and wetlands began disappearing. The majority of workers in the industry are women, and as of 2007, the flower industry represented one quarter of all rural employment for Colombian women.

Ecuador’s rose industry got a late start compared to Colombia’s, and although Colombia still leads in the U.S. market, Ecuador accounts for a sizable chunk. By 2003, Ecuador exported two-thirds of its 500 million roses to the United States. As in Colombia, the majority of floriculture workers in Ecuador are women.

Throughout the two decades South American imports have enjoyed tariff-free entry to the U.S., a host of criticisms have been repeated year after year, from excessive pesticide use and occupational health hazards to low pay and sexual harassment of workers.

Roses, which are not (usually) eaten, are not subject to the same pesticide regulations as food. According to one estimate, nearly one quarter of the cost of rose production comes from pesticides, mostly fungicides and insecticides. When grown in chemically based monocultures, roses are susceptible to fungal diseases like downy mildew and infestations from mites, tiny arachnids no larger than the period at the end of a sentence. Neither can be allowed on a rose, both because of fears of importing exotic pests into the United States from South America, and because nobody would buy a bouquet covered in bugs and fungus.

Once the negative reports began rolling in, the South American rose growers began working to clean up their acts. After all, with so much of their production going to the U.S., it would devastate them if American consumers decided they could not buy roses that were grown using child labor (a common complaint at the time) or environmentally dangerous practices.

The Colombian flower industry launched the voluntary “Florverde” (“Green Flower”) certification. It promises better water management, such as rainwater harvesting, and safer use of agrochemicals. Still, as of 2011, fewer than half of Colombia’s flower operations participated in the Florverde self-regulation scheme. A report by War on Want claims it is a mere greenwashing scheme, noting that 36 percent of the pesticides used were considered "extremely" or "highly" toxic by the World Trade Organization.

Floral workers in Colombia and Ecuador complain of sexual harassment. For example, a 2007 report found that 55 percent of Ecuadorean workers were sexually harassed and 19 percent were even forced to have sex with a coworker or superior. Many women report being forced to take pregnancy tests or document their sterility in order to get a job, and workers who become pregnant have been forced out of their jobs.

With the long hours and repetitive motions the job requires, workers often succumb to repetitive stress injuries like tendonitis. The source of these injuries is harder to document than on-the-job injuries that cannot be denied (like a breaking a bone or losing a limb), but they are still extremely debilitating. A 2011 report from Corporacion Cactus, a Colombian floral industry watchdog, found that flower companies require an extreme amount of documentation before they will admit that they are the source of repetitive stress injuries. This allows them to avoid covering the costs of the injuries -- and continue exploiting workers in unhealthy working conditions that lead to such injuries.

The workers put in long days, sometimes working 70 to 80 hours a week during the peak season. A worker might work from 6:15am until 10 or 11 at night during the busiest time of the year. Women workers wake up at 3am each day to do housework and get their kids ready for school before reporting to work. Those without kids and chores can “sleep in” until 5am.

Colombian law calls for a 48-hour, six-day work week with a minimum wage of $333 per month and overtime pay for extra hours worked. Ecuador’s minimum wage is $318 a month. However, Corporacion Cactus regularly receives complaints from workers denied overtime pay.

The Colombian flower industry is a success story of globalization, but the same free-trade system that made it succeed could just as easily make it collapse. Just as Colombian flower growers easily put U.S. growers out of business decades ago, now Colombians must worry about other nations that can grow roses even cheaper than they can. Nowadays, Kenya is an up-and-coming rose producer, although at present it mainly supplies Europe and not the United States.

Following the shift in exchange rates that made Colombian flowers a harder sell in the U.S., many companies laid off workers or shifted to new employment systems to reduce their costs. For example, a company might hire temporary labor instead of full-time permanent staff to avoid paying benefits or giving pay raises.

As is common in farming, flower growers have a number of costs they cannot control, including many that rise as the price of oil goes up. They see labor costs as the area where they can save money to increase profits or to simply stay alive. A Kenyan worker at a rose operation will work for less than $3 a day. As Kenya’s industry grows, Colombia and Ecuador will have to compete with it.

This Valentine's Day, do you really want to woo the love of your life by giving her a chemical-soaked rose grown by exploited workers in South America? Or do you think she deserves something a little less toxic and more symbolic of your passionate feelings for her? And if she has to have roses, look into organic options, or buy a rose bush that you plant together in the spring and enjoy for years to come.