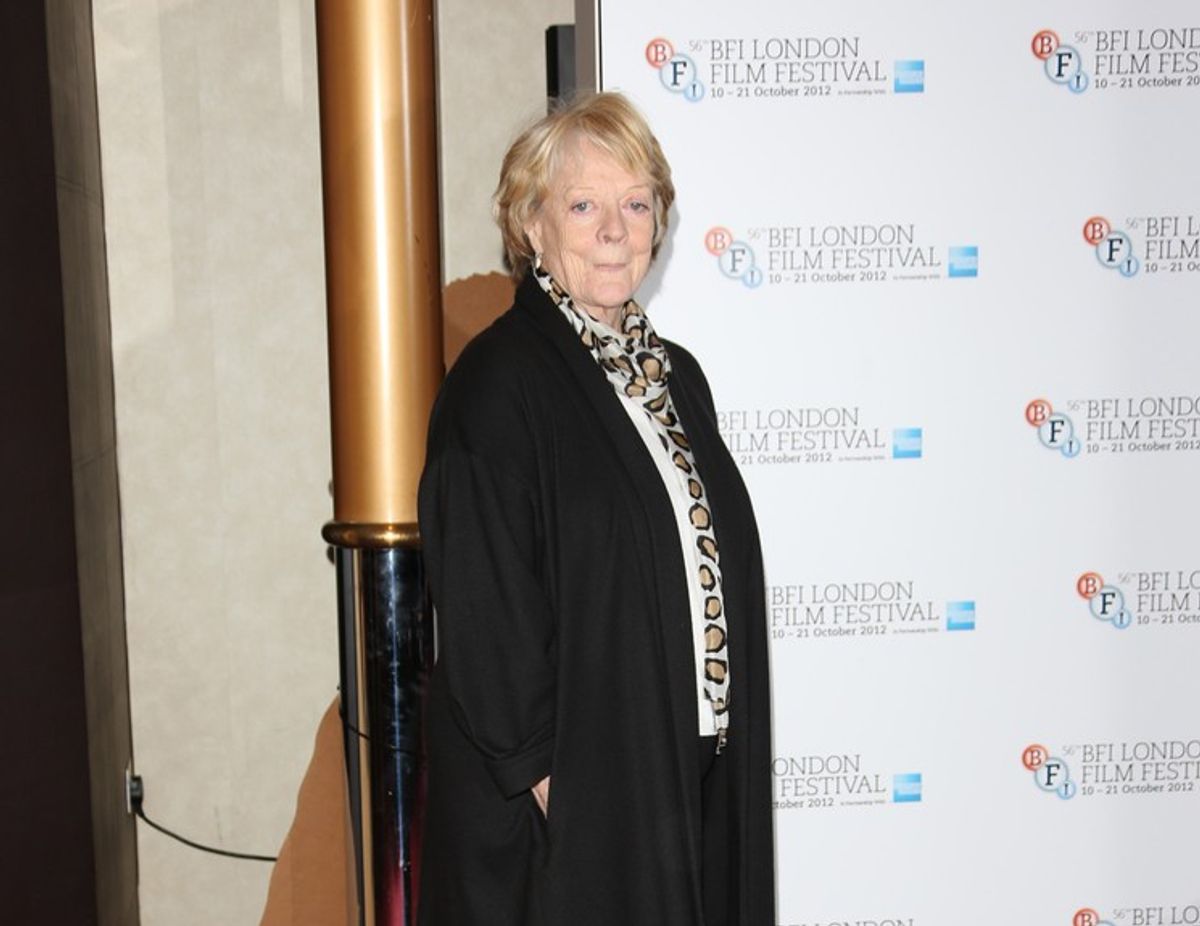 Maggie Smith, known to "Downtown Abbey" fans as the acerbic, quick-witted Dowager Countess, recently admitted that she has never even seen an episode of the Emmy Award-winning show. In a recent interview with "60 Minutes'" Steve Kroft (to be aired Sunday), she admitted: “I don’t sit down and watch it.”

“You must be the only person in England who’s not watching,” said Kroft, surprised.

And in the most Maggie Smith-like delivery ever, she replied, “Well, that’s a record then, isn’t it, of some sort." She added,“I always see things that I would like to do differently and think, ‘Oh, why in the name of God did I do that?’”

Like her staunch character, Smith isn't one for Hollywood fanfare in general, though. She has long shirked awards shows, including this year's Golden Globes, where she won Best Supporting Actress for the very role she's never seen herself play.