107 Dems try to take entitlement cuts off the table 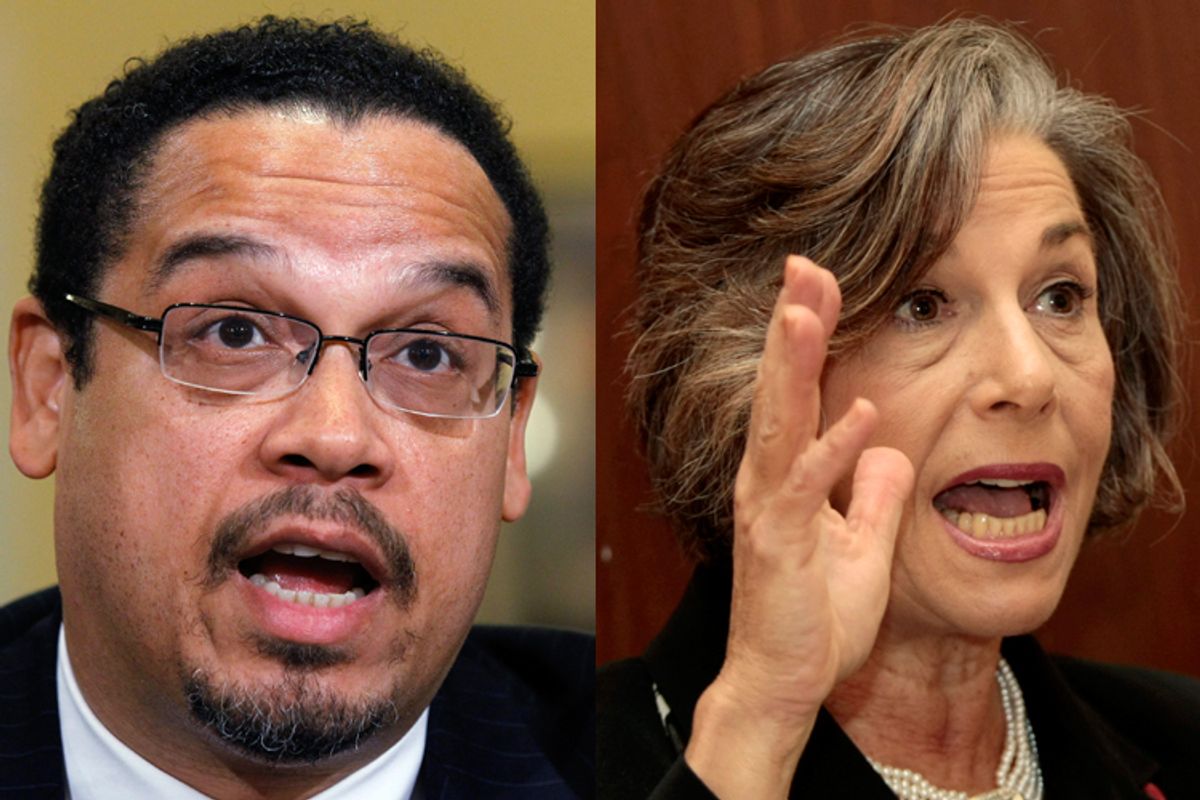 Concerned that a potential deal to defuse the looming sequestration cuts will include cuts to social safety-net programs, 107 House Democrats sent a letter to President Obama today calling on him to oppose any entitlement benefit reductions, including switching to the so-called chained CPI. It’s by far the largest number that have come out against the CPI cut, and it represents a majority of the Democratic Caucus in the lower chamber.

Republicans are demanding entitlement reform as part of a deal to avert the sequester, the planned spending cuts that will go into effect next month unless Congress acts. So far, neither Obama nor Senate Democrats have endorsed any cuts to the social safety-net programs, and the White House has specifically ruled out raising the Medicare eligibility age, but liberals fear Democratic leaders will give in on the chained CPI in order to win GOP support.

“I am concerned about it. We’ve got to remain vigilant; that’s why we wrote this letter,” Rep. Keith Ellison, the Chairman of the House Progressive Caucus, told Salon. Rep. Jan Schakowsky spearheaded the letter.

The chained CPI would change the way the government calculates inflation and lead to real cuts in benefits to seniors. But it’s the more palatable entitlement cut option for many Democrats, including staunch liberals like Nancy Pelosi, who said she could get the change through her caucus if she had to.

Ellison and his colleagues are hoping to head off that possibility with this letter. “I think it’s a big deal. There’s a consistency in the Democratic Caucus and I wouldn’t be surprised if we get even more,” he said. “We’re hoping that it’s enough to stop it. But if a bill comes on the floor, there’s probably enough Republicans, and even some Dems, who might still favor cuts to these vital programs. But at least consistently within the Democrats, I’m hoping our caucus won’t participate in that.”

The bloc certainly changes the math for any kind of deal, theoretically moving the parameters of the debate to the left by making any entitlement cut that much much more unlikely.

As Greg Sargent noted, Democrats are still being more flexible than Republicans by being willing to cut spending at all, while Republicans want to make up for the sequestration by spending cuts alone.

And Ellison said he and his colleagues are open to entitlement reform, just as long as it doesn’t cut benefits. For instance, he suggested raising or eliminating the income tax cap on Social Security, which currently exempts every dollar over $113,700 in income from taxation that funds Social Security.