The U.S. military will begin honoring the controllers behind the controversial targeted killing programs 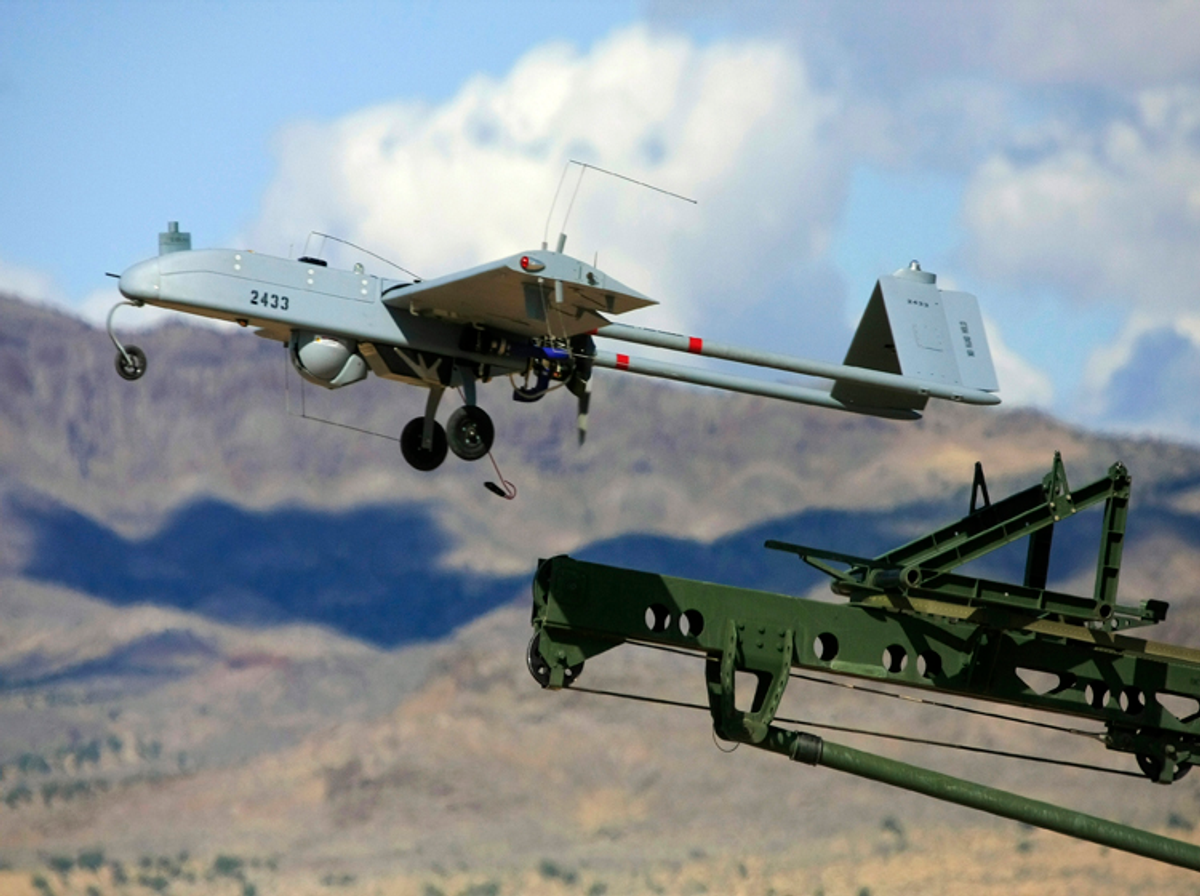 An unarmed U.S. "Shadow" drone is launched in this undated photograph, released on January 5, 2011
--

Outgoing Defense Secretary Leon Panetta announced this week a new medal for desk-bound warriors who control killer robots responsible for the deaths of thousands in South Asia, North Africa and the Middle East.

The Distinguished Warfare Medal will recognize drone pilots for their “extraordinary achievements that directly impact on combat operations, but do not involve acts of valor or physical risks that combat entails.”

In other words, what Glenn Greenwald  once described as “sitting safely ensconced in a bunker on U.S. soil and launching bombs with a video joystick at human beings thousands of miles away” is now considered an “extraordinary achievement.”

The drone medal will rank above the Bronze Medal and Purple Heart, meaning computer screen heroes will receive awards more prestigious than troops who get shot in battle. Even members of the military community, including Veterans of Foreign Wars, are blasting the absurdity of the medal’s rank.

Even more horrible is the message sent to citizens of countries facing regular drone attacks, including Pakistan, Yemen and Somalia. A report from Stanford and NYU  released in September estimates that from June 2004 through September 2012, drone strikes killed 2,562 – 3,325 people in Pakistan, including 474 – 881 civilians, 176 of whom were children. The report also says that “high-level” targets account for about 2 percent of drone casualties.

Rather than owning up to the unconscionable devastation of Obama’s signature weapon, U.S. lawmakers have downplayed civilian casualties from drone strikes. Senator Diane Feinstein disgracefully claims that  annual deaths have been in the “single digits.”

Apparently, it’s not enough for the U.S. government to willfully ignore the extent of its carnage. Now, it’s awarding medals to the literal armchair warriors who carry it out.

The Stanford/NYU report has the testimony of a Pakistani resident living in a heavy-drone strike region:

"Before this we were all very happy. But after these drones attacks a lot of people are victims and have lost members of their family.”

Maybe it's time for the U.S. military to rethink what constitutes bravery.