It started in Germany with masked anarchists dismantling CCTV cameras, now Camover is a global game 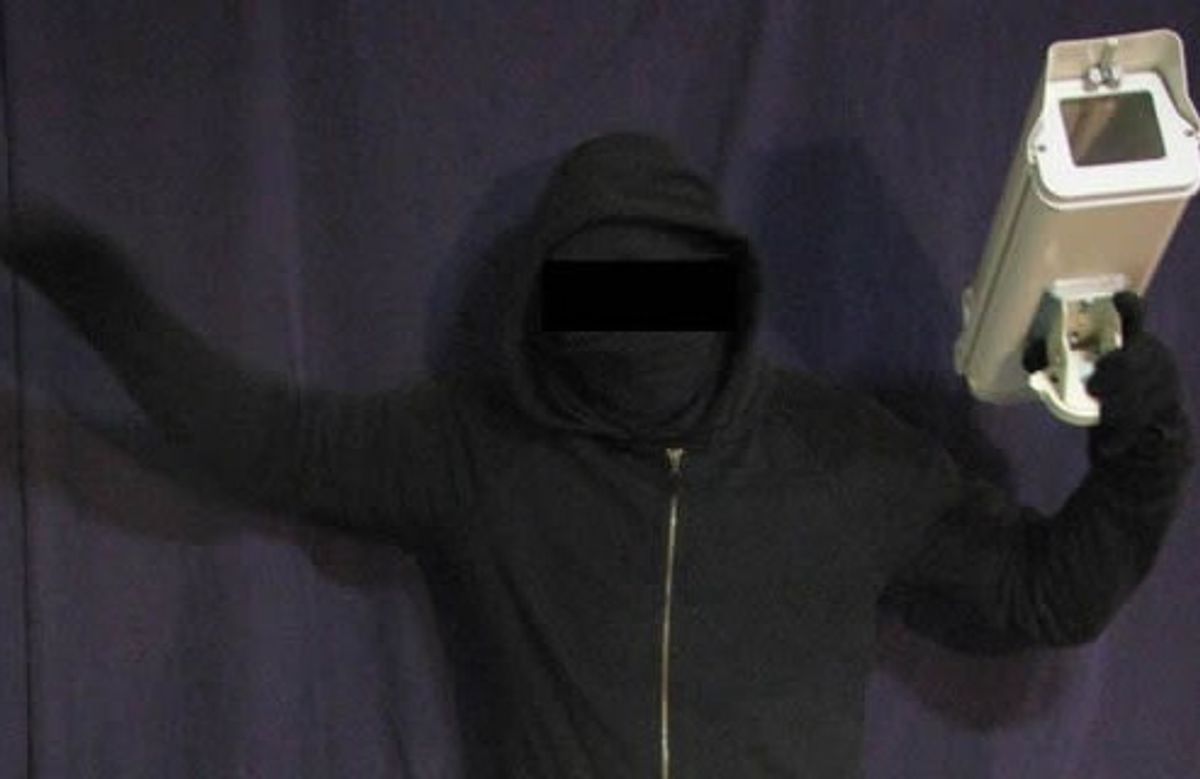 The spoils of a Camover mission in the Puget Sound region (AnarchistNews.org)
--

It started in Berlin: Anarchists, donning black bloc attire, hit the streets at night in pairs, small groups or alone to smash and dismantle the CCTV surveillance cameras adorning the city streets.

They posted videos and photos of their exploits online and called the guerrilla project Camover. The German collective gave a playful interview to Vice U.K. in which they explained that they are "a diverse group of people: Shoplifters eluding capitalism who don’t want to be monitored, passengers who don’t want to followed step by step and anarchists fighting everything that wants to control us." Vice noted that the Berlin-based anarchists then laid down the gauntlet:

Camover have also recently announced a competition encouraging others to get involved. All you have to do to enter is think of a name that begins with the words “Brigade…” or “Command…” and that ends with the name of a historical personality, recruit a mob and smash up cameras. Then you send pictures and video evidence to their website, and they declare the winning footage.

The anti-surveillance project quickly spread throughout Germany, to Finland, Greece and hit the U.S. West Coast this month. A group identifying itself as "the Barefoot Bandit Brigade" released a statement claiming to have "removed and destroyed 17 security cameras throughout the Puget Sound region," with ostensible photo evidence published alongside. "This act is concrete sabotage against the system of surveillance and control," wrote the group's statement, adding that the Camover contribution was also intended in solidarity with anarchists in the Pacific Northwest currently in federal custody without charges for refusing to cooperate with a federal grand jury.

When asked by Vice "aren’t you just wasting taxpayers’ money, since the government will inevitably re-install any CCTV you take out?" Camover's originators responded, "Isn’t the government just going to waste taxpayers’ money when they replace the cameras that we are inevitably going to take down again?" It's a direct approach to fight the creepy surveillance state, to say the least.

Watch Camover at work in Berlin: