With its focus on ideological purity, the Republican species is pushing itself toward extinction 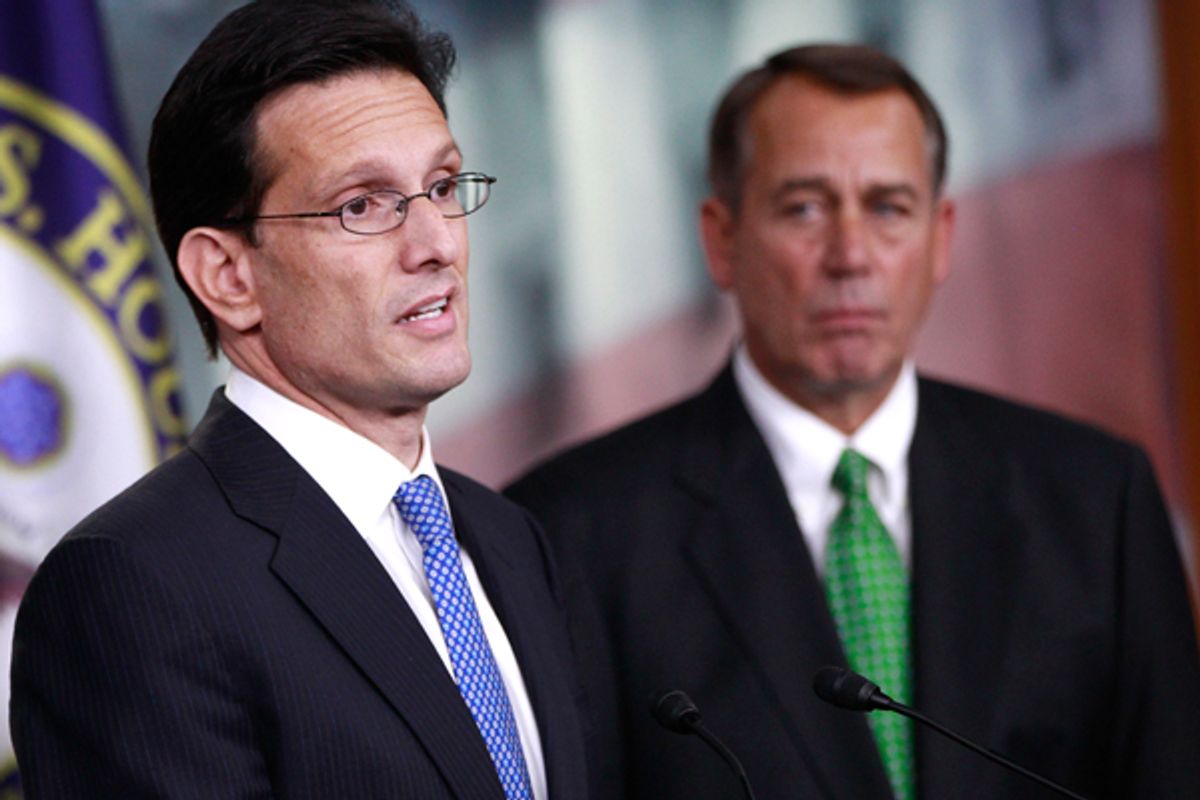 The Republican Party is a presidential election away from extinction. If it can’t win the 2016 contest, and unless it has bolstered its congressional presence beyond the benefits of gerrymandered redistricting—which is to say not only retaking the Senate but polling more votes than the opposition nationally—the party will die. It will die not for reasons of “branding” or marketing or electoral cosmetics but because the party is at odds with the inevitable American trajectory in the direction of liberty, and with its own nature; paradoxically the party of Abraham Lincoln, which once saved the Union and which gives such passionate lip service to constitutionality, has come to embody the values of the Confederacy in its hostility to constitutional federalism and the civil bonds that the founding document codifies. The Republican Party will vanish not because of what its says but because of what it believes, not because of how it presents itself but because of who it is when it thinks no one is looking.

The contention by some that the GOP has an identity crisis is nonsense. It’s hard to remember any political organization in the last half century that had a clearer idea of itself. The party’s problem isn’t what it doesn’t know but what everyone else does know, which is that—as displayed in Congress on Tuesday night at the president’s State of the Union address, when Republicans could barely muster perfunctory support for the most benign positions favoring fair pay and opposing domestic violence—the party apparently despises women, gays, Latinos, African Americans, the poor, and the old. The more indelible this impression becomes, the more impossible it will be for even an estimable candidate, be it Jeb Bush, Chris Christie, or the now famously desiccated Marco Rubio, to transcend the party that nominates him. This isn’t to say that the argument for limited government will die with the party. It has been part of the American conversation since James Madison and Alexander Hamilton squared off over the Constitution in 1789, with Thomas Jefferson and John Adams each in their corners holding the coats of their respective protégés. The intent of the argument, however, has changed from an essential advocacy of freedom to retribution against the weak.

The Republican Party was born of the most righteous of purposes, which was the containment and eventual elimination of slavery. Trumping the party’s love of the free market was the insistence that a human being should not be one of that market’s commodities: FREE LABOR, FREE LAND, FREE MEN was the party’s manifesto in the 1850s. Four decades after Lincoln, the party under Theodore Roosevelt believed that the captains, colonels, and generals of industry who most profited from the market had become the market’s biggest threat and needed to be constrained for the market’s sake. In the 1960s the candidacy of Barry Goldwater represented not the birth of modern corporate conservatism as later embodied by President Ronald Reagan and then Newt Gingrich, Dick Cheney, and Eric Cantor, but a libertarianism more practical and less unhinged than the present-day version. Sometime in the last 30 years, however, the party became a flack to corporate culture at the expense of either freedom or individualism, and as the country grows more economically oligarchic, the Republican Party that best reflects that oligarchy loses political credibility with the public.

What the current party shares in its collective psychosis with the party of the ’60s is its yearning for martyrdom. If it’s true that what hold on power the GOP still has lies in congressional districts more and more resembling outliers—a power that will die off as figuratively as the constituents of those districts die off literally—it’s also true that many in the party are gripped by the death wish that thrills all martyrs and leaves them moist for self-annihilation. These Republicans have a different notion from other modern political parties of what a party is supposed to be. They don’t see a party as a coalition of disparate interests having just enough in common that together everyone gets what they need, if not what they want. Republicans believe that, definitionally, a party signifies principles so unyielding that any compromise of anything at all renders the party meaningless. Nothing better indicates the theocratic personality of the party than that the very notion of coalition is corrupt, even debased, like a congregation that allows infidels in its ranks. In the last couple of weeks a national poll reported that by three to two, Democrats are willing to compromise on certain things in order to achieve other, larger things. Among Republicans, the numbers are exactly the reverse. It’s not unreasonable that true believers conclude Karl Rove—as responsible as any single person for what the party has become—is now a hack, given that he is one and always has been, and given what for true believers is the rather belated revelation that Rove loves power for its own sake which, whatever else may be so, can’t be said of the party’s zealots.

Self cannibalization is the instinct of such movements. The more desperate the Republican Party becomes, the more voraciously it devours its Robespierres, Dantons, Héberts, if such comparisons don’t unduly flatter the romantic delusions of self-styled Republican Jacobins. Thus Senator Rubio’s superstardom is already on the descent, so blemished by his flirtations with reality not to mention with compassion on the matter of immigration reform that not only did he back away from the issue in his response to the president on Tuesday but it was necessary for Kentucky Senator Rand Paul to offer another, purer response to Rubio’s tainted one. Thus the face of Hispanic Republicanism, however far beyond the oxymoronic such a concept lurches, isn’t Rubio on Tuesday night but Tuesday afternoon’s new hotshot Ted Cruz, senator from Texas for 43 days and attacking the character of Defense Secretary nominee Chuck Hagel so ruthlessly and without any facts that even fellow Hagel opponent John McCain objected. Thus the scowling response of congressional Republicans Tuesday night to the president’s clarion call on behalf of voting rights, which was last regarded as controversial 50 years ago by Southern segregationists and might have been considered in 2013 something of a gimme as far as applause lines go. Thus on further review the videotape reveals Speaker John Boehner—who initially stood with the rest of the country to applaud the victims of gun violence during the State of the Union’s concluding litany—looking out nervously at his seething and largely unmoved caucus (which leads him far more than he leads them) and, realizing the error of his heart, taking his seat again halfway through the honor roll of the dead, by the time the president got to Tucson.