In the past few years, the number of affiliated student secular organizations has increased more than threefold 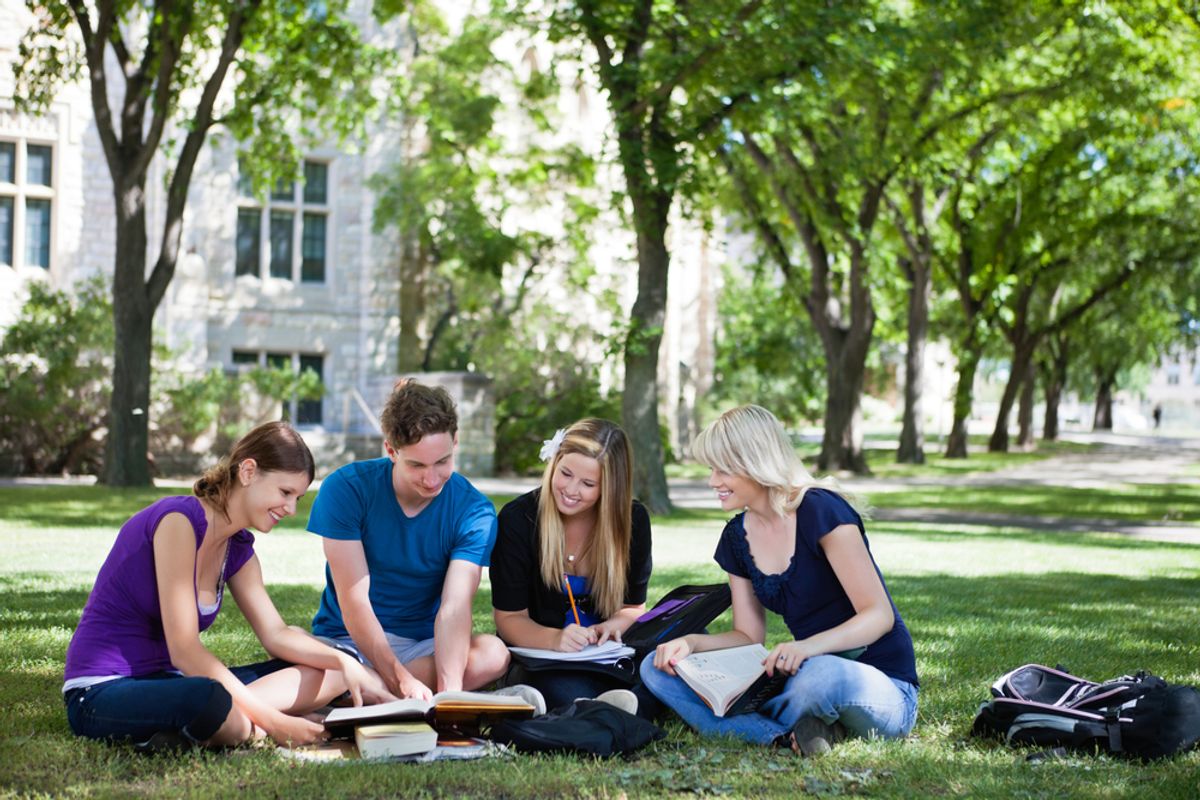 This month at the University of Illinois at Urbana-Champaign, a select group of students will show their humanitarian spirit by participating in the Bleedin’ Heathens Blood Drive. On February 12, they will eat cake to celebrate Darwin Day, and earlier this year, they performed “de-baptism” ceremonies to celebrate Blasphemy Day, attended a War on Christmas Party, and set up Hug An Atheist and Ask An Atheist booths in the campus quad.

Secular groups on college campuses are proliferating. The Ohio-based Secular Student Alliance, which a USA Today writer once called a “Godless Campus Crusade for Christ,” incorporated as a nonprofit in 2001. By 2007, 80 campus groups had affiliated with them, 100 by 2008, 174 by 2009, and today there are 394 SSA student groups on campuses across the country. “We have been seeing rapid growth in the past couple of years, and it shows no sign of slowing down,” says Jesse Galef, communications director at SSA. “It used to be that we would go to campuses and encourage students to pass out flyers. Now, the students are coming to us almost faster than we can keep up with.”

The Secular Student Alliance provides its affiliate groups with support and materials, including banners, pins, and informational materials with titles like What Is An Atheist?, a brochure with cheerful graphics and information about the identities of secularists, including “non-theist,” “freethinker,” and “humanist.”

Oddly enough, in the geography of on-campus student groups, atheist organizations fit within the category of faith-based groups like the Campus Crusade For Christ, which recently (and controversially) changed its name to Cru. At Stanford University, the Atheists, Humanists and Agnostics (AHA!) register with the Office For Religious Life, just like Cru, and are a member of Stanford Associated Religions.

“There are a lot of parallels with religious groups on campus,” says Ron Sanders, Cru’s missional team leader at Stanford.

“They have weekly meetings similar to ours, and give one another support, and they do social justice projects on campus and in the communities... I don’t know that they aren’t a faith group. They don’t have a faith in God, or in revelation or something like that, but they have faith in reason and in science, as I understand it, as a guide for human flourishing.”

“I don’t think it’s unfair to say that groups like Cru are our cultural opponents,” says Galef at SSA. “It comes down to which values we’re promoting. We are promoting values of critical thinking and acceptance.”

Conflicting values on campus have led to unsavory events. Last year at Salisbury University in Maryland, the Atheist Society took offense when Cru students chalked a verse from the Bible: “The fool says in his heart, ‘There is no God.’ They are corrupt, and their ways are vile; there is not one who does good.” This led to a chalking counter-offensive, which escalated but ended peacefully. In 2010, secular student groups at the University of Illinois and other Midwestern schools drew controversy when they chalked images of Muhammad. After the fallout, this event led to interfaith conversations, followed by friendship and cooperation with the Muslim Student Association. They have since hosted events together and convened for pizza and board games.

“We really encourage interfaith activities,” says Sarah Kaiser, field organizer at the Center For Inquiry, an international organization that promotes “science, reason, freedom of inquiry, and humanist values.” As a student, Kaiser was member of the Secular Alliance at the University of Indiana. Her group raised money for The Leukemia and Lymphoma Society through a “Send An Atheist To Church” tabling event. The atheists put out cups for each of the campus’ religious groups, and whichever cup raised the most money determined which church the atheists would attend as an interfaith educational activity.

The Muslim Student Union’s cup received the most donations, so the atheists attended mosque.

The Secular Student Alliance is essentially a support network for the autonomous atheist, agnostic, and humanist student groups that choose to be its affiliates. The rapid growth of the SSA is analogue to the general growth of the American secular movement. Atheist groups were once fringe organizations that didn’t get along. That began to change around 2007, on the heels of bestselling books from atheist authors like Richard Dawkins and Christopher Hitchens. Suddenly, the movement had leaders, a sense of direction and a common purpose. Today, the Secular Coalition For America is an umbrella lobbyist group for a number of once-competing groups, including American Atheists, the Council for Secular Humanism, and the American Humanist Association.

These “adult” organizations support the growth of campus groups. American Atheists offers scholarships to student activists, noting that “special attention is given to those students who show activism specifically in their schools.” The American Humanist Association provides support to campus groups, as does the Richard Dawkins Foundation and the Freedom From Religion Foundation. Increasingly, students who are active in SSA groups continue with the movement after college. “The dynamic of being in a [secular] college student group translates so well into national advocacy and lobbying,” says Kelly Damerow, research and advocacy manager at the Secular Coalition For America.

The Center For Inquiry, like the Secular Student Alliance, has college campus group affiliates. “Groups can co-affiliate, and most affiliate with both of us,” says Kaiser. Cody Hashman, also a field organizer at the Center For Inquiry, says many campus activities focus on activism training. “We give them advice on how to implement activism campaigns, resources on service projects, and help with putting on book tours for non-religious authors,” Hashman says. “Every summer we have a leadership conference where we train students on how to organize their group, manage volunteers, how to talk to the media, how to send a press release, how to make posters.”

National organizations, particularly the Secular Coalition For America, are primarily concerned with lobbying in Washington over First Amendment church/state and freedom of religion (and of non-religion) issues. But the anti-religious (or “antitheist”) thread within the secular movement is difficult to ignore and implicit in the names of some of the organizations, such as the Freedom From Religion Foundation, the Foundation Beyond Belief, and, of course, the Pastafarians, an atheist group worshipping under the parody Church of the Flying Spaghetti Monster. The Skeptics and Atheists Network at East Tennessee State University rather pointedly calls itself S.A.N.E.

“We do a lot of interfaith activities if they align with our humanist values, but the one thing we never compromise on is our right and responsibility to criticize bad ideas,” says Miller at ISSA. “When you assume a supernatural world, that is a train of thought that does not have a basis. When you start from that, you will automatically lead yourself to a bad idea.”

“Cru has a massively larger budget, the majority of the U.S. population to draw from (76% Christian), an organized political voting bloc to give them politicians and laws and supreme court justices in their favor. But they are losing in the cultural war. The secular students are winning, and they are unstoppable!”

This hawkish stance is understandable in light of Cru’s rather unilateral mission statement: “Win, build, and send Christ-centered multiplying disciples who launch spiritual movements.” No doubt many student secular groups hope to find those freshman questioning their faith and prevent them from becoming multiplying disciples. “As the secular students clear up misconceptions about what it means to be secular, I feel that more students will leave their faith,” says Galef.

Most campus groups are more concerned with strengthening the community, visibility, and tolerance of secularists than engaging in the cultural war. Hashman at the Center For Inquiry says that some students come from homes and communities where they have to hide their secular identity, and secular student groups become an important community for them. “It has now become more acceptable for people to state that they are questioning or no longer religious” says Hashman. “We are dedicated to free inquiry and freedom of expression, and that can come off as abrasive, but we believe it necessary for a free and democratic society.”