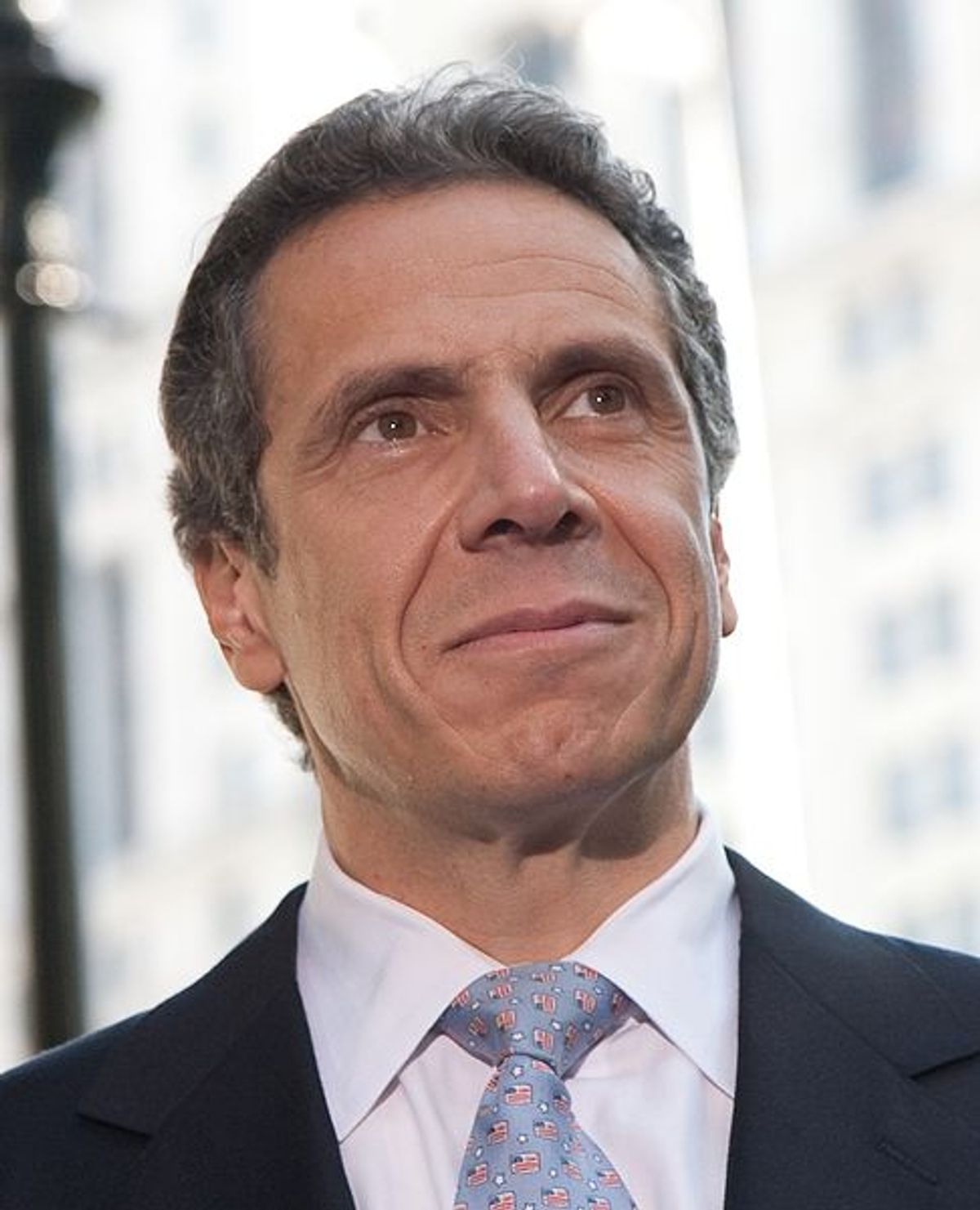 This may be the first time in a while that you're reading about a politician trying to strengthen legal abortion in the United States.

According to a report in the New York Times, Governor Andrew Cuomo is "putting the finishing touches" on legislation that would guarantee women in New York the right to late-term abortions when the fetus is non-viable or the mother's health is at risk.

The current law, which allows for abortions after 24 weeks only if the woman’s life is at risk, is not enforceable because of federal rulings that allow late-term abortions to protect a woman’s health more broadly, not only in cases where her life is in danger. It's a confusing set of contradictory policies that have, abortion rights advocates say, resulted in women not seeking legal late-term abortions or leaving the state to access abortion care.

In addition to clarifying current law, Cuomo's Reproductive Health Act would make explicit that, in addition to physicians, licensed health care practitioners can also perform abortions. The change would also regulate abortion through New York's public health, rather than its penal, laws.

For women's and reproductive rights advocates, this is a welcome change. Supporters say that the governor's law is a muscular stand against a national trend of trying to deny women's legal access to abortion care through regulatory tactics that shutter clinics and restrict when and how women can have the procedure.

“It’s an extraordinary moment in terms of the degree to which there is government interference in a woman’s ability to make these basic health care decisions,” Andrea Miller, the president of NARAL Pro-Choice New York told the Times. “For New York to be able to send a signal, a hopeful sign, a sense of the turning of the tide, we think is really important.”

But the Roman Catholic church has been a vocal opponent of any changes to state laws regulating abortion, and in a letter from Cardinal Timothy Dolan, New York's archbishop wrote:

There was a time when abortion supporters claimed they wanted to make abortion “safe, legal, and rare.” Yet this measure is specifically designed to expand access to abortion, and therefore to increase the abortion rate. I am hard pressed to think of a piece of legislation that is less needed or more harmful than this one.

I do hope you will reconsider this position. I stand ready and eager to discuss this or any other matter with you at any time. My brother bishops and I would very much like to work closely with you to reduce New York’s scandalous abortion rate and to provide an environment for all women and girls in which they are not made to feel as though their only alternative is to abort, something which goes against all human instinct, and which all too often leads to lifelong feelings of regret, guilt and pain for them, and for the baby’s father as well.

Kathleen Gallagher, spokeswoman for the New York State Catholic Conference, added that the state's Catholic bishops have vowed to "do everything they can to fight this bill."