The Christian vocal trio's members are all out and open LGBT adults, but say they're "a group like any other" 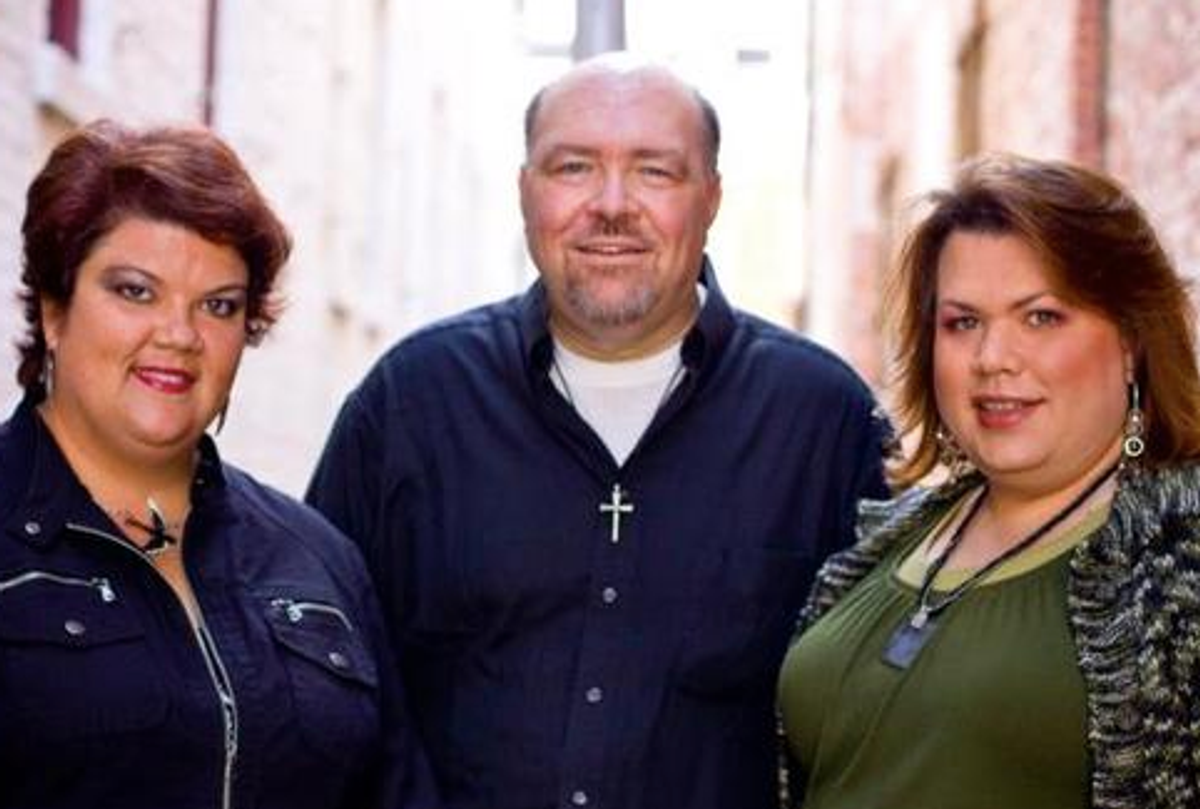 On their band website, the members of Micah's Rule sound like pretty much any other Christian band.

Alto Mary Anne Hewett says she feels "God's love through her music." Baritone Greg McCaw traveled and recorded two records with a gospel music quartet before joining the vocal trio. And contralto Chasity Scott says she was called to the ministry because "throughout [her] entire journey, Christ has been the one constant."

Almost like any other Christian band, but not quite.

You see, Hewett and McCaw are both gay. Scott is a transgender woman.

Each member is open and out, and says they don't want their back story to become their whole story:

"It's just our back story, plain and simple, but we're not using that as a marketing tool for our music, positively or negatively. We want to be a musical group like any other, but we realize our back story will get out," McCaw told the Huffington Post.

It may just be one facet of their lives as Christian musicians, but in a faith community heavily divided over gay, lesbian and transgender rights, it's bound to make waves.

"There's a lot of country music and gospel people who won't accept them for who they are," Mark Moseley, a Nashville-based music producer who recorded the band. "That's never been an issue for me because I record based on talent, not on what you believe," he added.

Other out stars of Christian music have found it difficult to bridge the evangelical community's beliefs about homosexuality and their presence in the church, and many decide to leave. In a recent interview, Jennifer Knapp said that, while she remains a Christian and it wasn't her coming out as a lesbian that made her want to leave the Christian music scene, she was struggling to feel comfortable and satisfied in her career as a Christian musician:

“I spent a year trying to extricate myself from Christian music — I had a really tough schedule and I was tired... Any time that I would express my own theological view in public that didn’t fit the evangelical mold, I was finding it was making my job difficult.”

But it doesn't seem that Micah's Rule feels any pressure to conform to a value system that doesn't accept them, instead letting their faith lead the way.

"When we got together, we got to talking about our own philosophy on religion to see if we melded that way as well," Scott told the Huffington Post. "The way Mary Anne and I write, it's more of a storytelling with our faith being the force that drives us forward."

Even their band name reflects their particular approach to Christian music. "Micah's Rule" refers Micah 6:8, a meditation on the deeply personal nature of one's relationship to God: "He has shown you, O mortal, what is good. And what does the Lord require of you? To act justly and to love mercy and to walk humbly with your God."