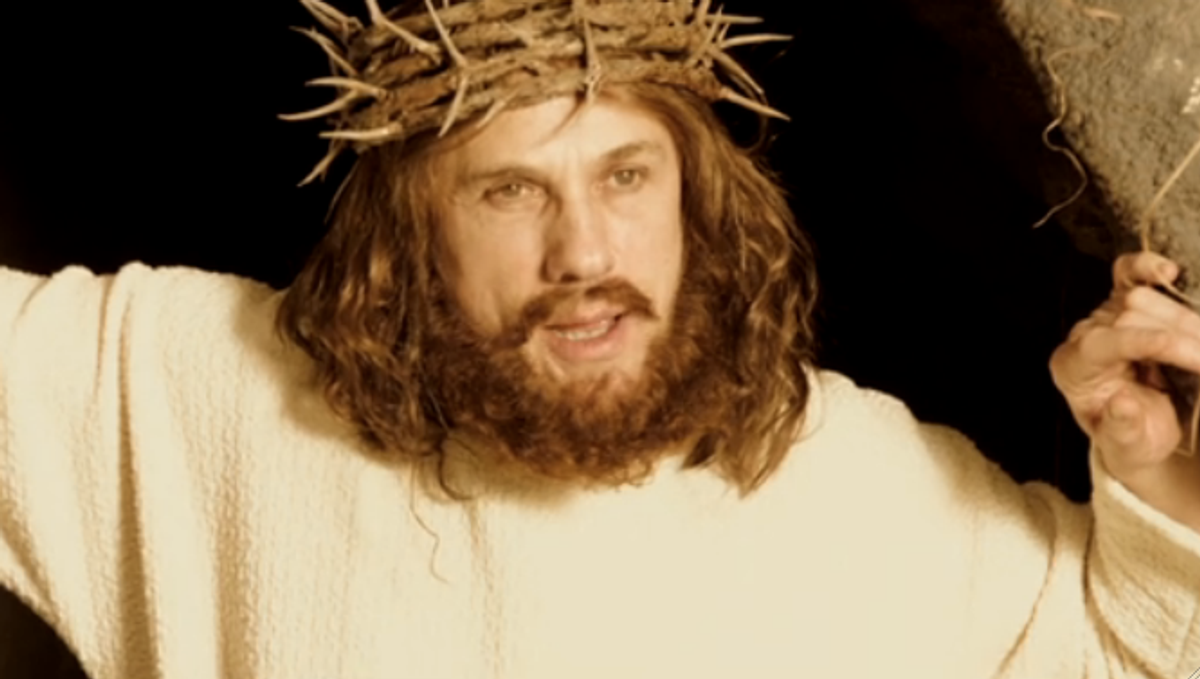 Christoph Waltz hosted "Saturday Night Live" this week, so you just knew the writers had to have a "Django Unchained" spoof up their sleeves. What you might not have guessed is just how bloody it would be.

Known more for fart jokes than they are for decapitations, the cast of "SNL" went for a Tarantino level of gory authenticity in their biblical revenge flick, "Djesus UnCrossed."

Starring Waltz as the son of God himself and featuring Taran Killam doing a a delightfully spot-on Brad Pitt (going after Ro-mans, naturally), the overall effect is pretty darn convincing.

Though you should be warned: It might be a little early to see a head get split in half, so maybe put your breakfast down while you watch.