Vatican could have new pope in place by Easter 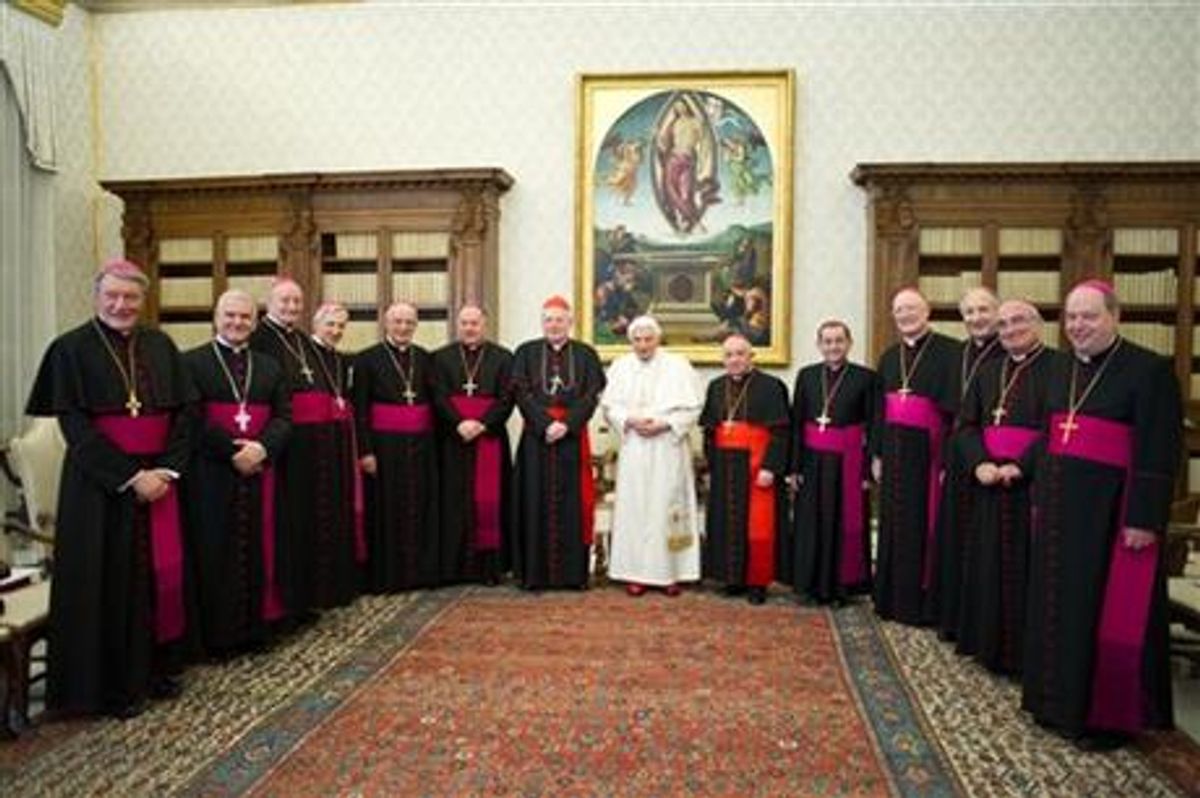 VATICAN CITY (AP) — The Vatican raised the possibility Saturday that the conclave to elect the next pope might start sooner than March 15, the earliest date possible under current rules that require a 15 to 20 day waiting period after the papacy becomes vacant.

Vatican spokesman the Rev. Federico Lombardi said that Vatican rules on papal succession are open to interpretation and that "this is a question that people are discussing."

Any change to the law itself would have to be approved by the pope before he resigns.

But if Vatican officials determine that the matter is just a question of interpreting the existing law, "it is possible that church authorities can prepare a proposal to be taken up by the cardinals on the first day after the papal vacancy" to move up the start of the conclave, Lombardi said.

The 15 to 20 day waiting period is in place to allow time for all cardinals who don't live in Rome to arrive, under the usual circumstance of a pope dying. But in this case the cardinals already know that this pontificate will end Feb. 28, with the resignation of Pope Benedict XVI, and therefore can get to Rome in plenty of time to take part in the conclave, Lombardi said.

The date of the conclave's start is important because Holy Week begins March 24, with Palm Sunday Mass followed by Easter Sunday on March 31. In order to have a new pope in place in time for the most solemn liturgical period on the church calendar, he would need to be installed by Sunday, March 17, because of the strong tradition to hold installation Mass on a Sunday. Given the tight time frame, speculation has mounted that some arrangement would be made to start the conclave earlier than a strict reading of the law would allow.

Questions about the start of the conclave have swirled since Benedict stunned the world on Feb. 11, by announcing that he would retire, the first pontiff in 600 years to abdicate rather than stay in office until death. His decision has created a host of questions about how the Vatican will proceed, given that its plans for the so-called "sede vacante" — or vacant seat — period between papacies are based on the process starting with a papal death.

"In this moment we are not prepared," said Cardinal Franc Rode, the former head of the Vatican's office for religious orders who will vote in the conclave. "We have not been able to make predictions, strategies, plans, candidates. It is too early, but we will get there. In two or three weeks things will be put in place."

Meanwhile, a German journalist who has published several long interviews with Benedict over the years suggested that the pope strongly foreshadowed his retirement during an August conversation.

Peter Seewald said in an article for the German weekly Focus published Saturday that the pontiff had told him that his strength was diminishing and "not much more" could be expected from him as pope.

"I am an old man and my strength is running out," Seewald quoted the pope as saying. "And I think what I have done is enough."

Asked by Seewald whether he was considering resignation, Benedict responded: "That depends to what extent my physical strength will compel me to." The summer interview, as well as another in December, were for a new Benedict biography.

Seewald's 2010 book-length interview with Benedict, "Light of the World," laid the groundwork for a possible resignation.

In it, he quoted Benedict as saying: "If a pope clearly realizes that he is no longer physically, psychologically and spiritually capable of handling the duties of his office, then he has a right, and under some circumstances, also an obligation to resign."

He stressed then, however, that resignation was not an option to escape a particular burden, such as the scandal over sexual abuse by clerics which had erupted earlier in 2010.

In Saturday's article, Seewald recalled asking the pope in August how badly the 2012 scandal over leaks of papal documents, in which the pope's ex-butler was convicted of aggravated theft, had affected him.

Benedict said the affair had not thrown him off his stride or made him tired of office. "It is simply incomprehensible to me," he said.

The journalist said that when he last saw Benedict about 10 weeks ago, his hearing had deteriorated and he appeared to have lost vision in his left eye, adding that the pope had lost weight and appeared tired.

Benedict, however, appeared in good form on Saturday for some of his final audiences. He met with the Guatemalan president, a group of visiting Italian bishops, and had his farewell audience with Italian Premier Mario Monti.

"He was in good condition," Guatemalan President Otto Perez Molina told reporters afterward. "He didn't seem tired, rather smiling, lively — and happy and very clear in his decision to resign."

Cardinal Angelo Scola, the archbishop of Milan and a leading contender to succeed Benedict, said several of the visiting bishops noted at the end of their audience that they were the last group of bishops to be received by the pope. "'This responsibility means you have to become a light for all,'" he quoted Benedict as saying.

He said Benedict would spend about two months in the papal summer retreat at Castel Gandolfo south of Rome immediately after his abdication, to allow enough time for renovations to be completed on his retirement home — a converted monastery inside the Vatican walls.

That means Benedict would be expected to return to the Vatican, no longer as pope, around the end of April or beginning of May, Lombardi said.

He was asked if and when the pope would meet with his successor and whether he would participate in his installation Mass. Like many open questions about the end of Benedict's papacy, Lombardi said, both issues simply haven't been resolved.