In a response to Gandhi's Liberty magazine essay, she discounts his idea that abstinence is a realistic policy 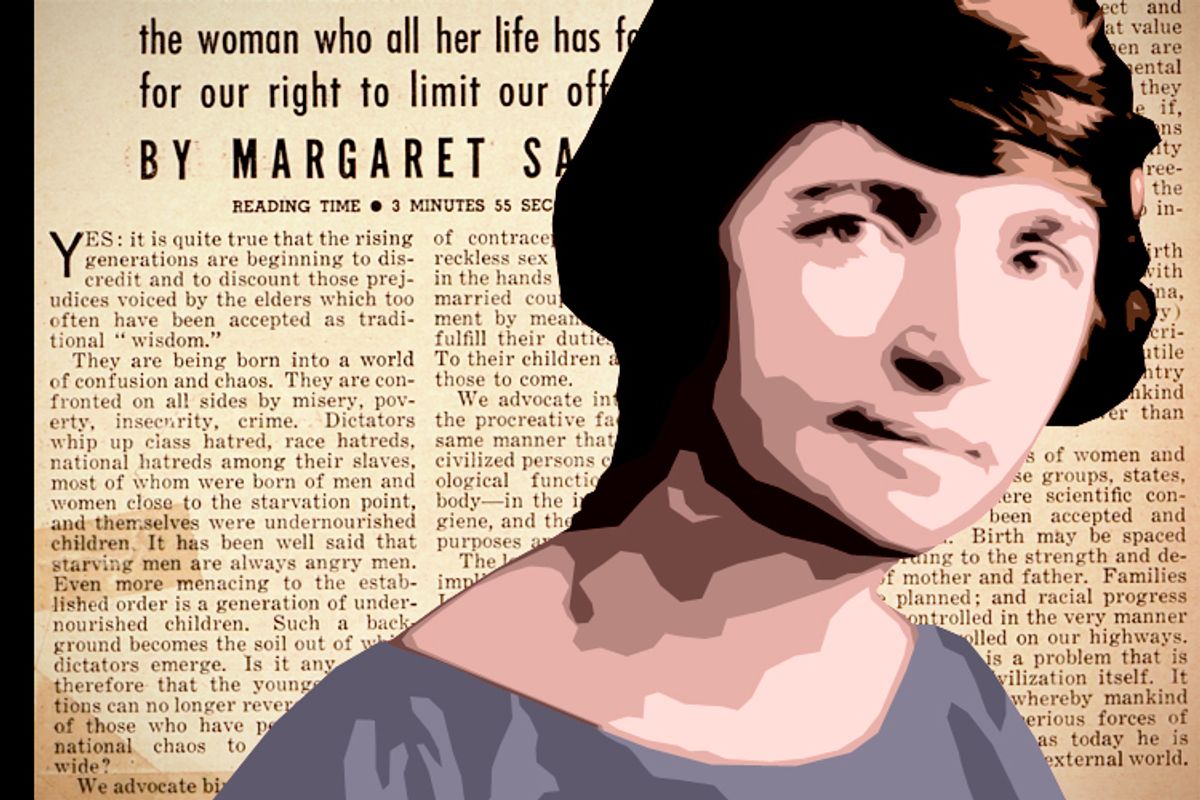 Excerpted from "My Sex Life, And Other Thoughts on Sex, Love and Temptations." Read Mahatma Gandhi's original argument here.

Yes: it is quite true that the rising generations are beginning to discredit and to discount those prejudices voiced by the elders which too often have been accepted as traditional “wisdom.”

They are being born into a world of confusion and chaos. They are confronted on all sides by misery, poverty, insecurity, crime. Dictators whip up class hatred, race hatreds, national hatreds among their slaves, most of whom were born of men and women close to the starvation point and themselves were undernourished children. It has been well said that starving men are always angry men. Even more menacing to the established order is a generation of undernourished children. Such a background becomes the soil out of which dictators emerge. Is it any wonder therefore that the younger generations can no longer revere the wisdom of those who have permitted international chaos to become worldwide?

We advocate birth control by means of contraception, not to encourage reckless sex gratification but to place in the hands of young and responsible married couples a scientific instrument by means of which they may fulfill their duties to their children. To their children already born and to those who come.

We advocate intelligent control of the procreative faculties in the very same manner that all intelligent and civilized persons control all the physiological functions of the human body – in the interests of health, hygiene, and the development of higher purposes and uses.

The legitimate use of contraception implies foresight and co-operation. Instead of being in any sense a secret vice, it is the extreme opposition from heedless sex gratification.

Birth control is synonymous with discipline, foresight, the conquest of heedless, selfish impulses, and the channeling of one of the most imperative forces of all nature to the common good – to the best interests of the individual, the community at large, and the ultimate destiny of the human race.

Intelligently utilized, the instrument of contraception has brought freedom to the lives of thousands. It has removed fear from married love; it has and shall continue to reduce the maternal death rate among mothers too ill and feeble to bear the burden of a long series of undesired pregnancies. It is saving the lives of many infants and children, because it is giving them more “vital space” in which to grow and to be properly fed. Remember that the ranks of crime are recruited mainly from the high-birth-rate groups.

Mr. Gandhi, if I understand him, advocates birth control by the method of abstinence. This indeed is an argument that can appeal only to the aged. It is based upon an obsolete conception of the marriage relationship. I see no idealism in such a policy. To limit the marital relation to exclusively procreative purpose would debase the noblest and most idealistic human relationship to the level of stock-breeding. It would send humanity back along the road from which it has so painfully emerged. It would place such narrow limitations upon the marriage as to generate untold misery, unhappiness, and discord upon parents, and their unhappiness must automatically be reflected in the lives of their children.

Mr. Gandhi has fought long and fearlessly for the emancipation of women of India, and I would be the first to recognize the nobility of his consecration to human freedom.

But, with all due respect and reverence, one may ask of what value such freedom can be, if women are denied the primary and fundamental freedom of their own bodies, if they are denied the right to decide, if, when, and under what conditions they are to assume the responsibility of motherhood? To advocate the freedom of women, yet to withhold the knowledge of contraception, is to indulge in idle rhetoric.

India has practiced little birth control. In no other country (with the possible exception of China, another high-birth-rate territory) have women been so heedlessly sacrificed to the Juggernaut of futile childbearing. In no other country has so great a proportion of mankind been debased to a level lower than the beasts.

Contrast the status of women and children among these groups, states, and countries where scientific contraception has been accepted and legitimized. Birth may be spaced out according to the strength and desires of mother and father. Families can be planned; and racial progress may be controlled in the very manner traffic is controlled on our highways.

Birth control is a problem that is bound up with civilization itself. It is the instrument whereby mankind can master the imperious forces of his internal nature, as today he is mastering those of the external world.

Excerpted from "My Sex Life, And Other Thoughts on Sex, Love and Temptations," available in the Liberty magazine digital archive and as a Kindle e-book. Reprinted with the permission of the publisher and Madwell.