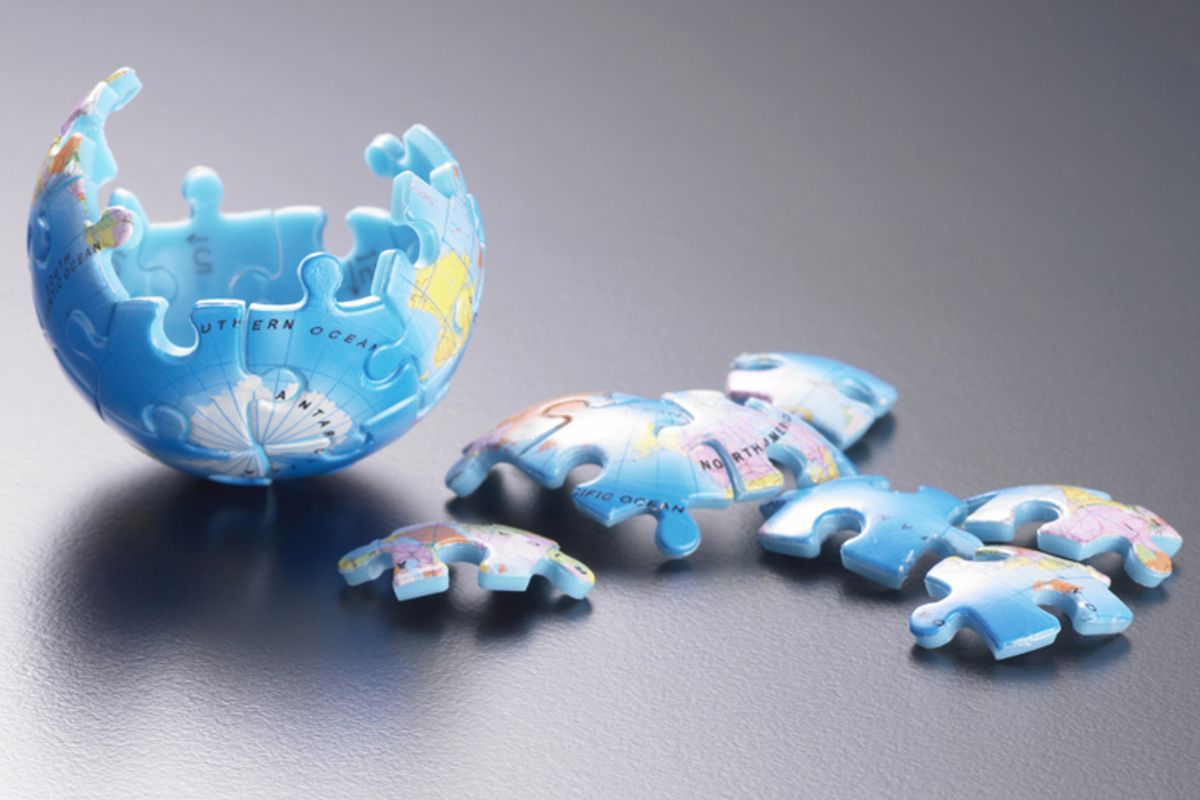 During a "fireside chat" in Singapore on Friday, Google chief financial officer Patrick Pichette described our existing world as "broken." Google, he said, wants to fix it.

It's not the first time Pichette has employed that exact rhetorical framing. Two years ago, in Australia, he told an interviewer that "Google is really an engineering company with all these computer scientists that see the world as a completely broken place. And so, if you see the world as a broken place, there's so many opportunities to actually solve problems."

To which, I must ask, is Google an engineering company overstocked with kabbalistic Jewish mystics?

The notion that the world is broken has deep roots in Jewish religion. From very early on, humanity's purpose on earth was to "repair" the damage. The 16th century rabbi Isaac Luria envisioned possibly the most dramatic version of this primeval sundering, teaching that creation itself was inseparable from the shattering of vessels containing divine light. Luria proposed that the proper observation of Jewish ritual would raise "one of the holy sparks out of the hands of the forces of evil and restore it to the upper world." Much more recently, social reformers have invested the concept of repairing the world as a mandate for socially responsible activism. Healthcare reform, you could argue, might be one strategy for repairing the broken world.

Or self-driving cars, if you work for Google. In Singapore, Pichette offered up traffic jams as an example of something that Google planned to fix. In Australia, he referenced a more core Googleistic obsession: making sure that when you go searching online for something you want to buy that you actually find it.

I'm not sure a perfect shopping experience is exactly what the kabbalists had in mind, nor what they would make of a Google patent application that recently came to light, in which the company seeks to own a method for dynamically adjusting pricing for the repurchase of electronically distributed goods such as movies or ringtones.

(Google believes it can figure out whether you are more or less likely to repurchase that Tarantino movie you already bought on-demand once, and adjust the pricing for that repurchase up or down accordingly. Is this something that was broken? )

Whatever. The notion, broadly speaking, that computer scientists and Jewish theologicans both see the world as similarly shattered is undoubtedly true. As is the idea, at least on the part of the software programmers, that our problems can be fixed. Code does what you tell it to do; the temptation to believe that a program can tell the offline, non-digital world how to operate correctly is irresistible to those who have the powers of creation at their keyboard fingertips.

But there's more than a single dollop of hubris to watch out for in Google's faith that it can heal our broken world. I am reminded of the masterful opening salvo of Michael Chabon's essay on the movies of Wes Anderson in the most recent New York Review of Books:

"The world is so big, so complicated, so replete with marvels and surprises that it takes years for most people to begin to notice that it is, also, irretrievably broken," writes Chabon. "We call this period of research 'childhood.'”

"Some people, passing among the scattered pieces of that great overturned jigsaw puzzle, start to pick up a piece here, a piece there, with a vague yet irresistible notion that perhaps something might be done about putting the thing back together again. Two difficulties with this latter scheme at once present themselves. First of all, we have only ever glimpsed, as if through half-closed lids, the picture on the lid of the jigsaw puzzle box. Second, no matter how diligent we have been about picking up pieces along the way, we will never have anywhere near enough of them to finish the job. The most we can hope to accomplish with our handful of salvaged bits -- the bittersweet harvest of observation and experience -- is to build a little world of our own.

Google believes it can put the jigsaw pieces all back together. When you describe something as broken, you are declaring that you can fix it. Such certainty is probably better left to those who defined themselves through their faith. For the rest of us, a better search engine is probably sufficient. A perfect one is too scary.