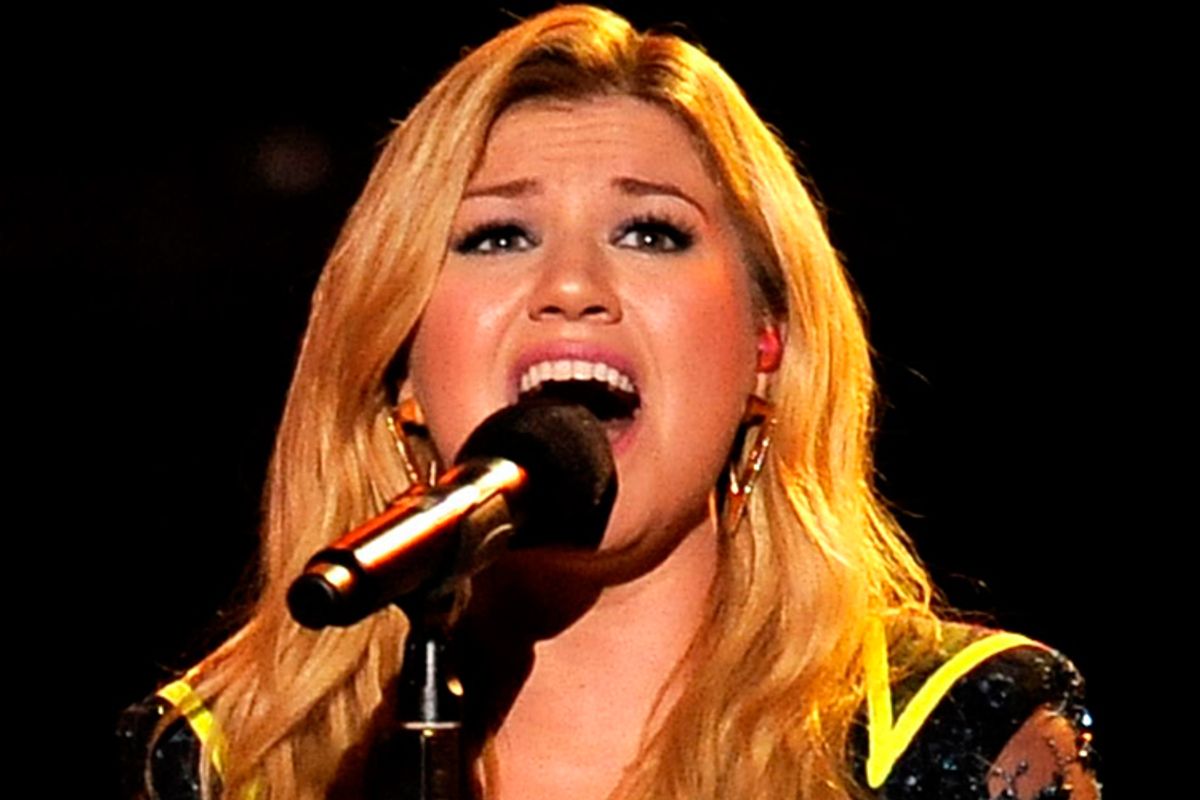 The pop star has hit back at music mogul Clive Davis for what she says are inaccuracies in his new memoir. Davis recalls meeting with Clarkson about her album, "My December," a follow-up to her massively successful second effort. "My December," released in 2007, was darker, full of ballads, and Davis recalls saying "a pop album that still needs pop hits," and that Clarkson exploded in "hysterical sobbing" when he forced her to include the hit "Since U Been Gone" on an earlier album.

"I refuse to be bullied and I just have to clear up his memory lapses and misinformation for myself and for my fans. It feels like a violation," Clarkson writes in a blog post. She notes that she cried in Davis's office after he failed to understand her song "Because of You," which ended up becoming a hit; she was enthusiastic, she says, over "Since U Been Gone," though she wanted more guitars on the track.

Finally, Clarkson notes, "My December went platinum [sic]... Hardly a huge failure. Never Again, the ONLY single they released in the US from that record was a Top 10 hit."

Today's contretemps is only the latest incident in an ongoing feud between the two, and both make valid points: "My December" was a major departure from Clarkson's sound, and though it managed to go platinum, it was only by returning to an upbeat pop sound in subsequent albums that Clarkson righted her career. However, Clarkson, as an artist, "needed to make ['My December'] for myself for many reasons," she says, and the lack of promotion and outright disregard -- as evidenced by Davis's dredging up old dirt in his memoir -- are a toxic combination. Not many artists are as outspoken as is Clarkson; lucky for record executives.