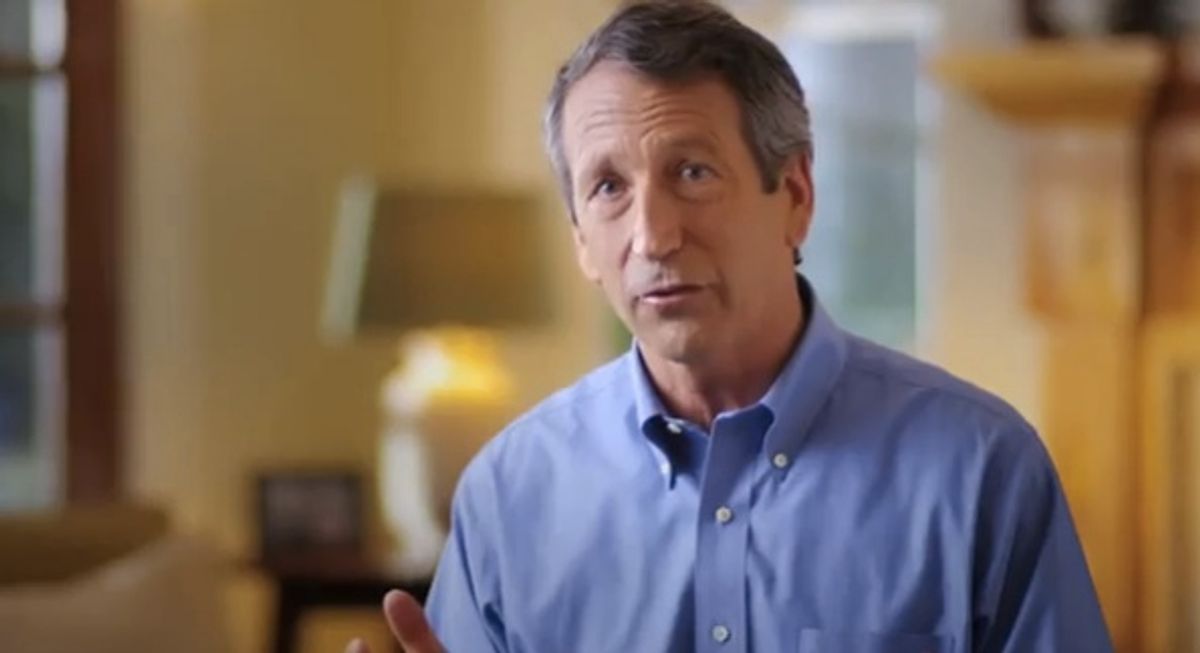 “I’ve experienced how none of us go through life without mistakes,” Sanford says in the ad. “But in their wake we can learn a lot about grace, a God of second chances and be the better for it. In that light, I humbly step forward and ask for your help in changing Washington.”

Sanford left office in disgrace in 2009 after revelations that he was conducting an affair with an Argentinian woman, which came to light after he disappeared from his state. He is running for his old congressional seat, recently vacated by Republican Tim Scott after Scott was appointed to Sen. Jim DeMint's senate seat.