Micro-drones will "hide in plain sight" 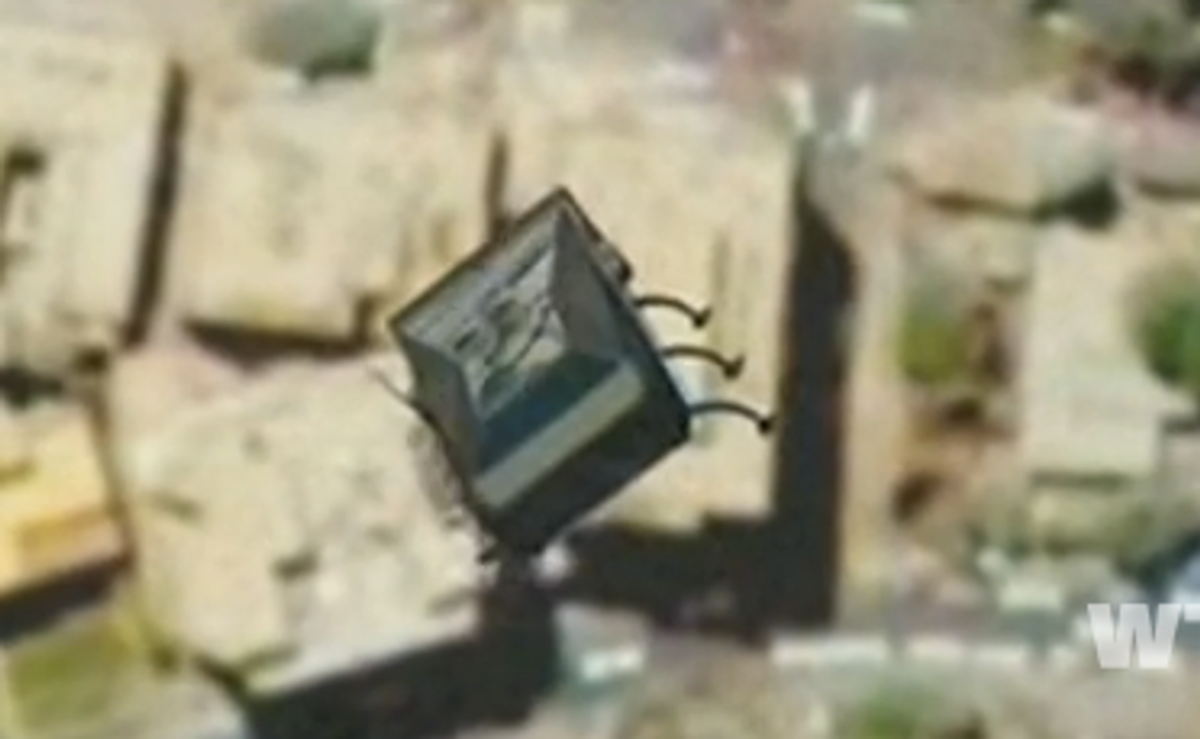 The Atlantic's Conor Friedersdorf Tuesday highlighted a "terrifying" prospect on the military technology horizon. The U.S. Air Force are building micro-drones that are "unobtrusive, pervasive, and lethal" weapons.

According to a feature in the National Geographic looking at the progression of drone technologies, "the Defense Advanced Research Projects Agency has challenged researchers to build drones that mimic the size and behavior of bugs and birds." The "bugbots" are supposed to "hide in plain sight." Micro-drones already developed by the Air Force have been built to "resemble winged, multi-legged bugs." In an Air Force simulation video shown to the National Geographic and posted below, "the drones swarm through alleys, crawl across windowsills, and perch on power lines. One of them sneaks up on a scowling man holding a gun and shoots him in the head."

Friedersdorf expresses concern that such technology could fall into the hands of America's enemies. "Sure, we have a technological advantage right now, but micro-drones sure seem like a disruptive technology that will eventually help rather than hinder attempts at asymmetric warfare," he wrote. Meanwhile, privacy and human rights advocates will likely have their worries piqued by the existence of "unobtrusive" and "pervasive" drones in U.S. hands alone.