The measure now moves to the House, where abortion rights advocates fear it will pass 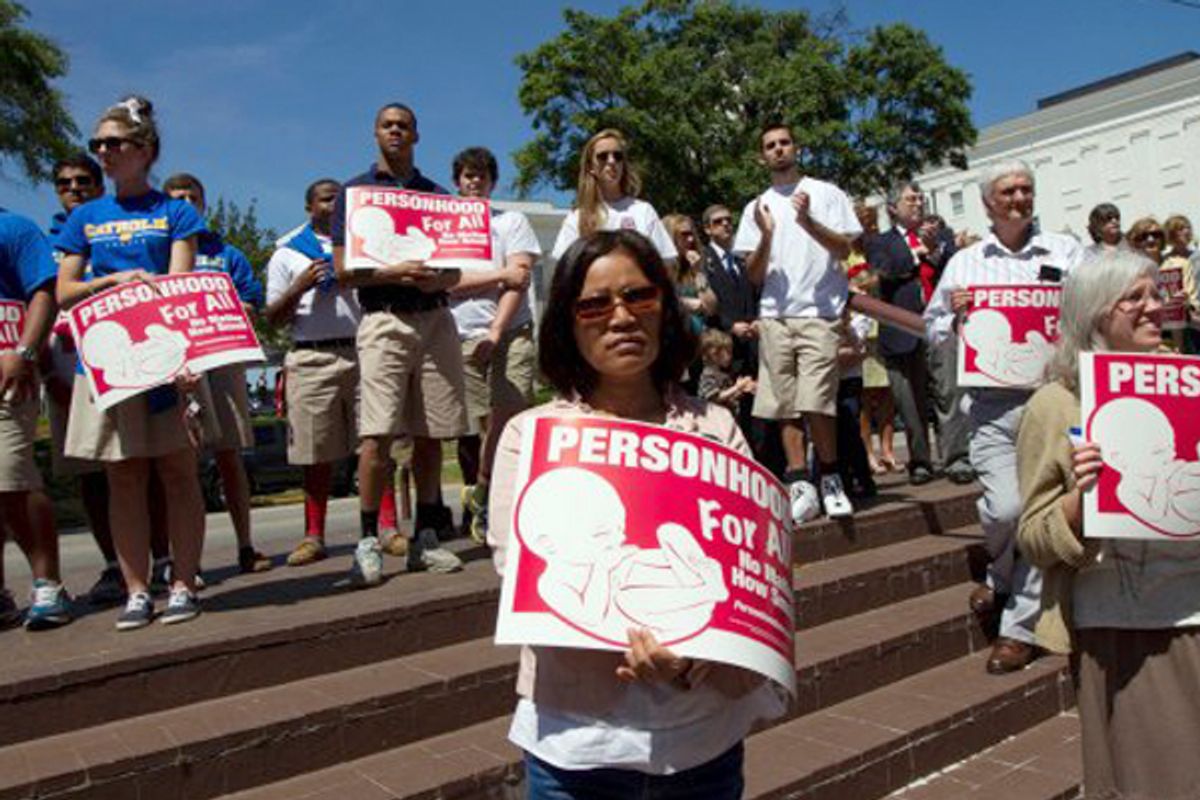 What is going on in North Dakota?

The state successfully passed yet another restrictive, Supreme Court-baiting antiabortion measure, this time voting to define a "person" as "an individual member of the species homo sapiens at every stage of development" -- including human embryos.

In short: They have endowed fertilized eggs with the same rights as a living, breathing person. A move that would restrict all abortions except in narrowly defined cases where a woman's life is at risk.

According to the abortion rights group Parents Against Personhood, the bill:

Contains an exception for “medical treatment of life-threatening conditions of pregnancy”, for “contraception administered before clinically diagnosable pregnancy,” and for “screening, collecting, preparing, transferring, or cryopreserving of a human being created through in vitro fertilization for the purpose of being transferred to a human uterus”.

But despite a nominal exception for the health of the mother, the measure would prevent doctors from treating complicated and potentially dangerous pregnancies, physicians say.

"SB 2303 will restrict a doctor’s ability to treat doomed pregnancies, putting women’s lives at risk," Siri Fiebiger, a physician from Fargo who practices obstetrics and gynecology, said in a statement released Tuesday. “Ectopic pregnancies are, and miscarriages can be, life-threatening if not treated in a timely fashion,” Fiebiger added. “Complications during pregnancy should be managed by physicians according to the patient’s needs and values, without involvement by politicians.”

"The ethical treatment of human embryos" bill actually passed the state Senate twice this year. Because part of the floor amendment expanding prenatal coverage to every pregnant women in the state involved an estimated tens of millions of dollars, it was re-referred to the Senate Appropriations Committee. It was passed again by the full Senate 24-23 on Tuesday. The measure will now move to the House, where it is expected to pass, as a similar measure did with a 68 to 25 majority in 2011.

If Gov. Jack Dalrymple signs the measure, North Dakota would become the first state to pass a "personhood" bill into law.

And the Supreme Court will certainly take notice, which is exactly what Republican lawmakers wanted in the first place:

"We are intending that it be a direct challenge to Roe v. Wade, since Scalia said that the Supreme Court is waiting for states to raise a case," Sen. Margaret Sitte, R-N.D., the sponsor of the "personhood" initiative, told the Huffington Post.

Another piece of "personhood" legislation, Senate Concurrent Resolution 4009, passed the Senate earlier this month. If it passes the House, it will go on the ballot in November 2014. But as Salon has reported, similar initiatives have failed in Mississippi and (twice) in Colorado, and some have speculated the constitutional amendment would also fail in North Dakota.

But with the advancement of the latest personhood measure through the Senate, it is unclear what the fate of women's constitutional right to abortion is in the state.

More to come as the House votes on the measure.